I met James Cameron’s wife the other day. She came into radio to tell me about her new book about eating, in which she encourages normal people to go plant-based at least one meal a day. After 10 minutes explaining the environmental and health benefits of meat-free eating she happened to mention that she and her Titanic-directing husband have five children.

“Five?!” shouted lots of listeners via text. “If she wants to save the environment she should have less children!”

“Fewer children”, I corrected them gently, before reminding them that if you have five of the right kinds of children they will benefit the world far more than one or two of the wrong kind. James and Suzy Cameron run one of New Zealand’s biggest organic vegetable farms, they donate to and fundraise for all sorts of charities and they have very likely supplied the world with five Americans who will vote against the re-election of Donald Trump. Is there any greater gift to the planet? 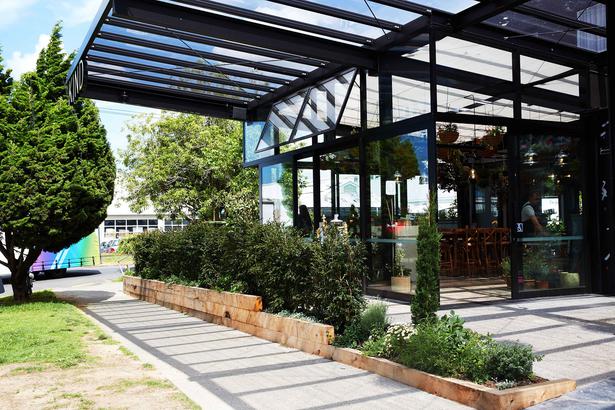 The design of the newly-opened precinct is light and glassy. Photo / Rebecca Zephyr Thomas

But vegans have to put up with this stuff all the time. You can spend your time quietly and thoughtfully making positive food choices that impact no other living being and yet you will still find yourself being cross-examined by complete strangers about whether your shoes are leather, or whether the tequila you’re drinking is sufficiently friendly to bats (look it up, it’s a thing).

The world will be saved by small choices — turning off the tap when you brush your teeth, choosing the vegetarian scone over one with bacon. So don’t worry whether the vegans have a clean sheet — just by making the effort to eat consciously they’re already ahead of the game.

The time is right for plant-based eating. Even a decade ago life for an Auckland meat-avoider was bleak and capsicum-heavy, but we now have good chefs who prefer this style of cooking, entire cafes devoted to plant-y choices and a range of options in supermarkets that would make a time traveller from 2008 think he’d arrived on another planet. 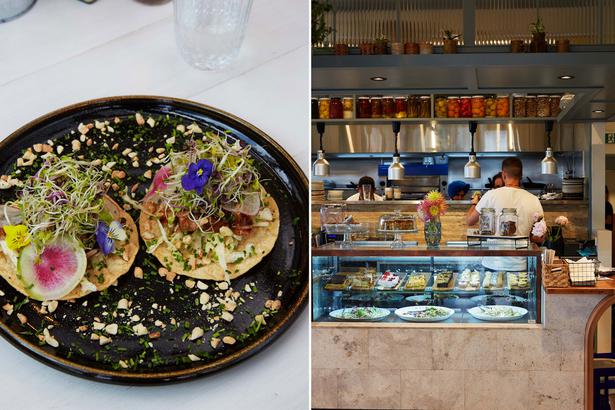 Kind is part of the revolution and arrives fully formed thanks to the expertise of the team behind Crave, just down the road. It’s a light, glassy restaurant in a new retail development, which probably has a name but everyone just calls it “like Ponsonby Central but in Morningside”. There is a dumpling station, a pub, a fried chicken joint and a bar optimistically specialising in cider plus the excellent Miann, which specialises in chocolate and desserts.

We arrived at Kind on a busy night but found the staff full of beans (figuratively and literally, I’m guessing). They fell into a common trap of being all over us to begin with then absent for long periods but a couple of seniors were watching with a careful eye and I reckon that even by now, a couple of weeks later, they’ll have evened out the peaks and troughs.

READ: Seven Gourmet Vegetarian Restaurants Worth Travelling The World For

The challenge for a chef in any sort of restaurant is that you have to provide dishes that are better than people could make at home, but this is more of a problem for vegetarian chefs who, let’s be honest, often have far less experience cooking plants than their customers do. They don’t get to rely on professional-only tools like a sous vide as they do when cooking meat, and they have access to pretty much all the same ingredients we do. Anyone wanting to put their hand up as a plant-based specialist had better have a great imagination or be willing to put in the hours of prep not available to the rest of us. 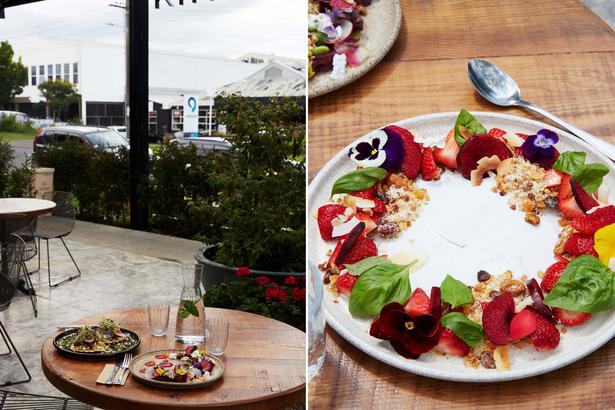 On these measures Kind gets a B+ mark from me in its first months of business. There are some great dishes like the jackfruit — cooked to be almost indistinguishable from pulled pork, flavoured with smoky chipotle, sprinkled with peanuts and served on a crunchy tostada. I also loved the zucchini spaghetti, served with eggplant in a tomato sauce of great acid/savoury balance and just enough spice to keep you slurping.

READ: The Very Best Vegan Recipes To Try For Dinner Or Dessert

The buffalo mozzarella was, however, a dud, unaccountably dressed with tomato and dried basil, giving the approximate flavour of a 1994 jar of Dolmio. A cauliflower dish was similarly disappointing, the florets not cooked enough to taste interesting, served with “coconut feta” which was a lovely idea but should have been the star of a dish, not a random tiny cube here and there charged with flavouring up a vegetable that had been cooked badly.

Kind is an all-day eatery and I bet it’s great at breakfast, and getting better everywhere else. I’ll be back for a look soon, and there’s enough on the menu here that you’ll find saving the world actually tastes pretty good.

The Auckland Bee-Keepers Bringing Hives To A Rooftop Near You

Urban bee-keeping is booming. Melinda Williams meets a couple who are putting beehives on to buildings and in backyards around ...