The beef tataki on the menu at Kushi. Photo / Babiche Martens When it comes to reliable restaurant information, I’ve always thought trusting TripAdvisor is like trusting something you’ve seen scrawled with a Sharpie on the wall of a public toilet. Online reviews are self-fulfilling and self-perpetuating, written exclusively by people who’ve been impassioned enough by the experience to post about it. An alien researching on the internet would assume that all earth restaurant meals were either brilliant or terrible, when in fact 95 per cent of them are somewhere in-between.

I would be against the democratisation of restaurant reviewing, of course being a paid newspaper columnist, but I’m not insisting you swallow my recommendations either — just that you don’t waste your money following the advice of anonymous strangers. At the very least ask a regular out-eater you already know, or someone who works in the industry. Online reviews are like a YouTube comments section for the hungry. 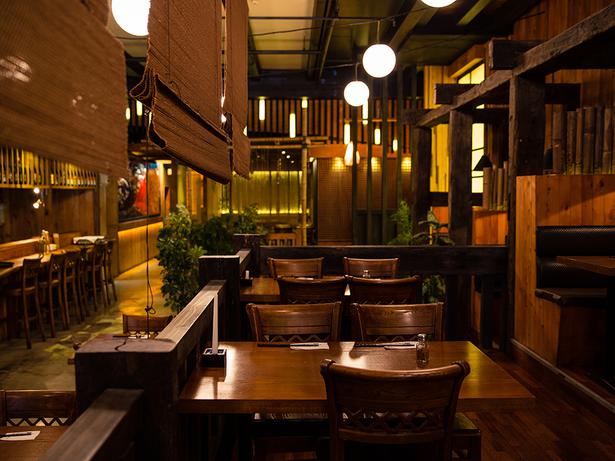 However, my wife was pregnant and craving Japanese (the baby has arrived now but I’m afraid for the next couple of weeks you’ll have to live through this pre-newborn dining bonanza), and having reviewed every big-name sushi joint in town I was stuck for where to take her. So I looked online and found, alongside the big guns, a restaurant I’d never heard of before. It was called Kushi, and everybody who’d eaten there seemed very very happy.

And it turns out at least some of them know what they’re talking about because Kushi was a real find, and somewhere I would never have come across without using this website, this … Mouth Tinder.

It was probably the fastest restaurant meal I’ve ever eaten, for a number of reasons: my car was parked in a loading zone and my wife’s cervix was moving into the unloading zone. Our speedy eating was helped along mightily by the Kushi staff, who did the important things (bringing beer) fast but despite us being almost their only customers didn’t once give the impression they were waiting for us to leave. And don’t tell me the quick service was due to the lack of other customers because I’ve been in plenty of empty restaurants waiting for a drink before. It’s an attitudinal thing, and the staff at Kushi have a brilliant attitude. The rainbow sushi on the menu at Kushi. Photo / Babiche Martens

Japan is a big blank spot on my food tourism CV, and with four children I doubt I’ll be heading there any time soon. As a result I feel a bit guilty every time I say something like “an izakaya is an informal sort of pub where they serve casual food” because although I know this to be true and have eaten in izakaya around the world (most memorably in awesome Vancouver), I still can’t hand on heart say that I know how the concept fits into true Japanese culture. So let me play it safer and say that this is a great place to guzzle a drink and some fried, tasty finger food, and I reckon it must be rammed on a Friday at 6pm, despite being quiet on a Tuesday evening at 8.

The fit-out is one of the more impressive I’ve seen: a multi-level wooden world of private booths, bamboo screens, plants, lanterns and sunken tables. It’s on Durham St West where two doors down is another Asian restaurant where they’ve done the opposite — just walked in, turned on the fluorescent lights and started cooking. I’m sure the food is just as tasty but I know which restaurant would be better for a date.

The chef recommended the miso lamb and he was right — a couple of days earlier I’d eaten the lamb rack at Jervois Steak House and been underwhelmed, so it was heart- and stomach-warming to be reminded how good this cut can be: incredibly tender and flavourful, served on what I think was a cauli and wasabi puree. A teriyaki chicken was more straightforward but the skin had been crackled up to taste like the best sort of roast chook, with pieces of root vegetables steamed then grilled until the char stripes started to show. 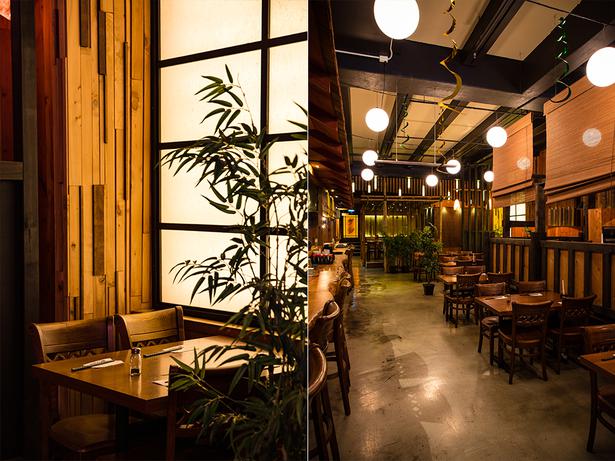 I’d recommend both of those along with a plate of pickles, but there wasn’t a dud dish — beef tataki was perfect, the flawless sushi platter made a good middle course and there was a lovely agedashi tofu, crunchy on the outside and pure silk within, plated with some house soy sauce and bonito flakes that did that weird thing where they squirmed and curled as if they were alive. But, um, in a good way.

With food this tasty and an excellent drinks list (including three fine rosés by the glass) Kushi is a really exciting new discovery. What makes a good Japanese restaurant special? Well, I visited the toilet and it had more atmosphere than most European bistros. If you’re still a few years away from your first trip to Tokyo, Kushi will do you well in the mean time.

The Best Japanese Recipes, From Teriyaki To Tempura

Forget booking your ticket to Tokyo, you can celebrate the best in Asian cuisine with these delicious Japanese-inspired recipes