Lilian has taken over the site previously occupied by Siostra. Photo / Babiche Martens I've been renovating my house for what feels like decades but what is actually, according to empirical evidence, just under six months. It’s been a full transformation from student flat to House and Garden centrefold, and despite the stress I’ve enjoyed learning about the hundreds of decisions you have to get right along the way. 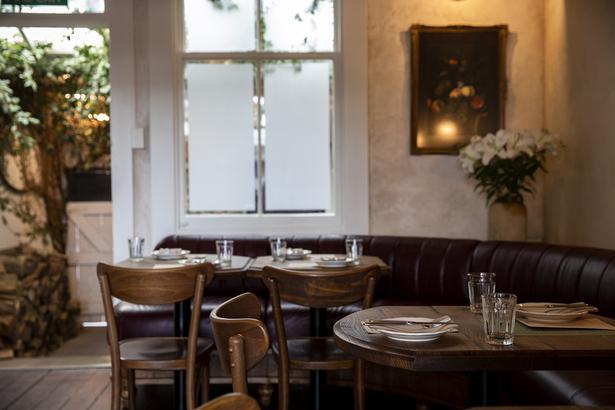 I say it like I’ve been making those decisions but it’s been my wife who has been scanning Pinterest, haggling with suppliers, taking receipt of the goods and, it seems to me, continually inspecting the matte-ness of the black. Now the picture is almost complete and we’re living in a home that feels out of our league, a permanent version of the feeling you get when you open the door to a luxury hotel room and can’t believe how lucky you are to be staying there.

I mention this because I’ve just eaten at Lilian, which feels like a restaurant with natural, luxurious chemistry but which must surely have been built one decision at a time, a painstaking journey towards effortlessness. It’s been opened by two young men who’ve had a bit of a journey themselves, from hospo workers, to coffee shop owners, to founders of a full blown cafe in Honeybones and now proprietors of Auckland’s best new restaurant. They invited a chef to invest, a genius move that will presumably avoid one of the worst things that can happen to a restaurateur — having the guy who cooks hand his notice in a month after opening. Lilian is in West Lynn, on the site of the old Siostra. If you’d asked me beforehand I’m not sure I would have picked this as a prime location but eating there now, it feels as though you’ve stumbled across a city secret. The magnetism of the place is something to behold when you’re at an outdoor table drinking bubbles in the sunshine: pedestrians on both sides of the road crane their necks to get a gander; cars slow down on their way past as if they’ve spotted dolphins in the harbour. It makes you feel, yes, lucky to be there and given that we arrived 15 minutes after opening and scored one of the last tables, you may require a bit of fortune too if you want to relive this experience for yourselves.

“It’s my first winelist,” said the owner, but it’s better than 90 per cent of what’s out there and certainly more interesting. He reluctantly offers sauvignon blanc (organic Seresin by the glass) but nudges guests toward albarino and other crisp alternatives. There’s a champagne but also a very good Provencal brut rose you could stay on all evening without having to raid your Kiwisaver, and a bunch of European reds that will taste good this winter. They do cocktails too, and we would have tried one if we didn’t have to return home at some point and sober-parent. 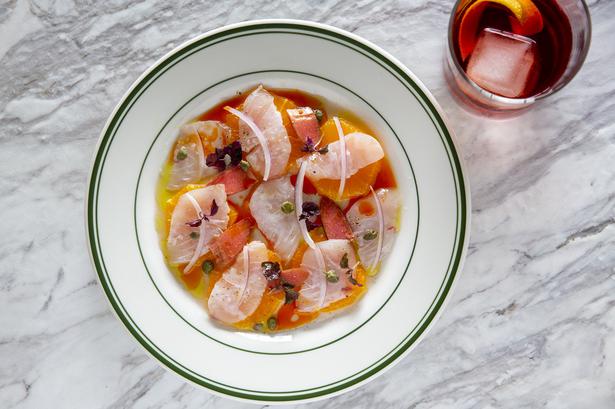 The food is incredible, every mouthful a bomb of flavour. The chef is really, really good at what he does, so it’s a good thing that he’s metaphorically chained to the stove. A simple sashimi dish featured one of our most underrated species, kahawai, cold and fresh with thin cross sections of orange — I didn’t know if this would work but I enjoyed the sort of mild citrus it brought to the dish, along with more complex flavours from an olive oil infused with paprika and coriander seed. I had to sprinkle a bit of salt to lift it all up but it was otherwise pretty stunning.

READ: Restaurant Review: This Newcomer Is Just The Place For An After-Work Drink

The menu is short and special, sort of pan-European bistro. Their pizzas look incredible but we did pizza-lite — a woodfired “bread” which was circular, blistered and inflated by the heat, drizzled in olive oil and delivered to the table piping hot and ready to be ripped apart and enjoyed. They encourage you to eat it with one of the other starters, for us, a chicken liver parfait so soft and yielding it felt like a rich dessert when you stuck the knife in. It came with pickled shallots and was perfect with a hunk of hot bread. Eating at Lilian reminded me how good olive oil can be when it’s used judiciously. We’ve all got used to slopping it on everything — it’s ubiquitous and anonymous in salad dressings, sauces and sizzles, but still best enjoyed the way they do it here, bright and green and, for example, poured across pureed celeriac so that you get a grassy hit now and then and remember why you pay extra for the good stuff. That, by the way, was still the least exciting part of another incredible dish — octopus tentacles plated intact, with braised fennel, fresh basil and bottarga, only the second time I’ve seen this Sicilian salted fish roe on a New Zealand menu.

The place was packed and has been since they opened one night without telling anyone. Arrive early and stay long.