Little Culprit is located across the street from its namesake, Culprit. Photo / Babiche Martens My one career regret is that I’ve never been to after-work drinks. My CV highlights have mostly been collected off-peak so I’ve always been elsewhere for happy hour — that magical post-5pm time when (I imagine) office colleagues coalesce and bond over wine, gossip and ill-advised romantic entanglements.

How much banter did I miss while everybody else was at the pub? No wonder I get social stage fright in any room with more than two but fewer than 200 people. 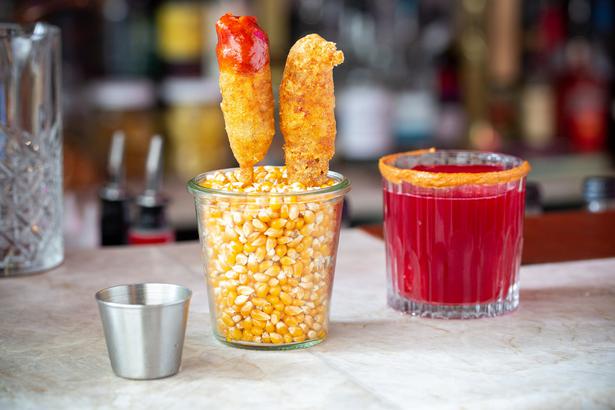 Little Culprit is designed for exactly that sort of golden-hour drinking. I arrived for a munch with my old friend Chris at 7.45pm and it became clear that we’d woefully misread the situation — it was like turning up at a Parnell restaurant at 10.30pm. The kitchen was about to close for the night, after which time they would be offering a considerably smaller menu of treats, most of which would be prepared by the bartender in a waffle iron.

The room was almost empty (to be fair it was a late-December Monday) and so I got to experience the best parts of the business — service, drinks and snacks — while again missing out — damn! — on the post-work party buzz.

The new restaurant reaps all the benefits and one or two drawbacks of having its stablemate (“Big”?) Culprit across the road. There must be huge economies of scale in owning two businesses on one street, but the night we were there Little Culprit was the only one open, with no access to the mother ship’s industrial ice machine. This meant the bartender had to take a huge block of ice and patiently whittle his own cubes, like an early version of Basic Instinct before the studio decided to add sex and murder. 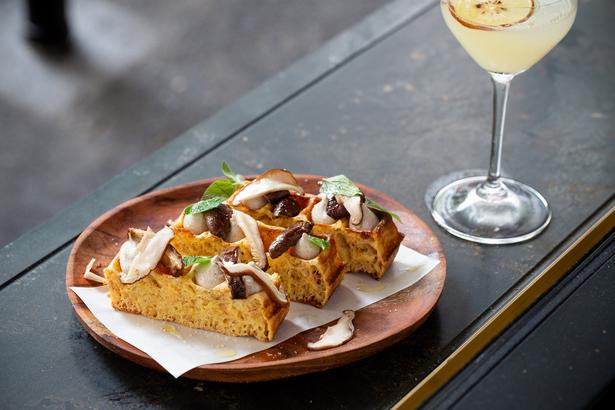 “I’ve been making ice for three days,” he told me as he smashed the pick into a large frozen block and sent smithereens flying around the bar. But he seemed, well, “chipper” about it and he was probably the best thing about our visit — lingering to offer wine advice, ferrying samples of his favourite bottles to and from our table then, when the chef went home, ducking out back to make us a couple of outstanding toasted sandwiches.

My favourite was the pepperoni with a dusting of smoked paprika crushed in that waffle iron to bring the flavours into three dimensions. (Have you ever had waffle-cut hot chips? They are incredible, a topographical breakthrough that maximises surface area using hot oil and mathematics.)

But we’d snuck in just before the kitchen’s closing bell for our first round of orders, and I think we did pretty well. The oysters are really brilliant, cold with a simple mignonette and so fresh I wish I’d also ordered the carpetbag — a mid-century classic involving oysters stuffed inside a steak, which is then sewn up and grilled. At Little Culprit it’s apparently more of a miniature tribute to the original but I can’t yet give you a firsthand report, sorry (rest assured I will take restaurant reviewer penance in the traditional way: a self-inflicted flogging with a braised oxtail). 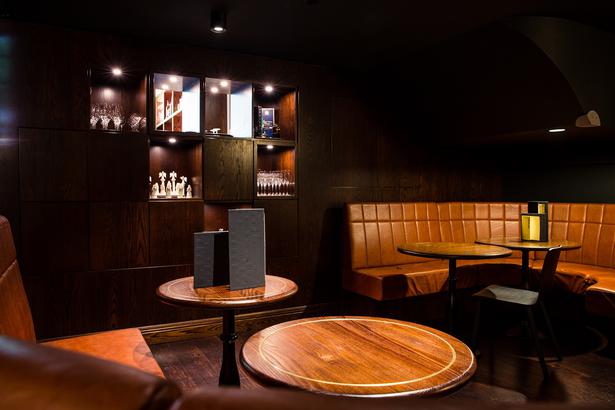 The menu is unashamedly fatty, rich and indulgent — witness the duck winglets, rolled in puffed rice, deep fried and served with freeze-dried mandarin and ranch dressing. They were pretty amazing but, you know, I’m not sure they’ve contributed positively to my summer bikini body. Sashimi admittedly had a much fresher feel, served with green tomatoes, buttermilk and basil — more Mediterranean than Japanese.

But it was back to comfort food central for the tiny corndogs, a nod to the battered sausages you get at provincial rugby grounds (possibly metropolitan rugby grounds too, though at Wellington’s Sky Stadium these days a sausage is more likely to be found sliced thinly and tossed with steamed millet and jackfruit). It looked good staked into a little cup of dried corn and importantly it came with tomato sauce, though for authenticity I would have liked it to arrive with the sauce dripping down the end of the sausage in the traditional fashion, like a savoury rural Jelly Tip. 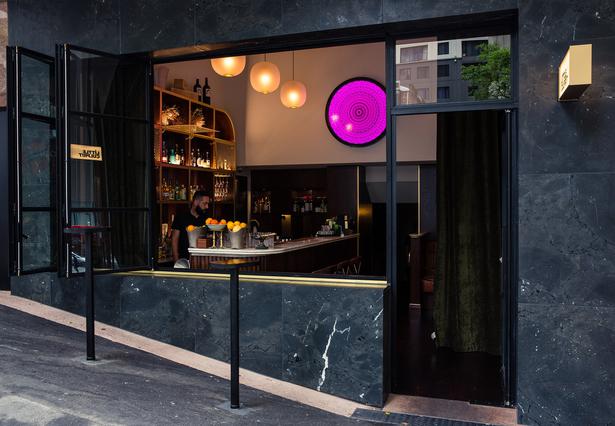 The waffles (real waffles these ones, not just sculpted toast) are a must-order — shiitake mushrooms with truffle oil and fermented mushroom “fraiche” are a rare vegetarian treat. There’s loads of charcuterie on offer too — I never much feel like it when I’m out to dinner but it’s pretty perfect to graze on with a cold drink.

Grazing with a drink is probably the best way to eat here, and the vibe will be lovely when it’s full — a small stylish bar at street level with steps down to two rooms of comfortable tables inside. I like this little food empire Kyle Street and Jordan Macdonald are building. Together they have four locations around Auckland where they serve food that couldn’t be anyone else’s but theirs. Each is perfect for a certain occasion and if your timing’s right you’ll feel there’s nowhere you’d prefer to be in the city.