The pulled pork on the menu at Madame George. Picture / Babiche Martens

It’s worth visiting Madame George just for the restaurant manager, whose affectionate service makes you feel like you’re eating in the living room of a friend — a friend, perhaps, who is one day hoping to take things a little further.

He hurries about the dining floor spreading warmth and human kindness, resting his hand on your right shoulder and sharing an anecdote then vanishing, only to appear over your left shoulder with the punchline.

He was very keen that I try the Pisco Sour, a cocktail from his home country that has been stolen a la the pavlova by a neighbouring nation. You’ll have gathered that I didn’t quite secure all the details of this legend but the drink was delicious and really did the trick, so much so that within 20 minutes I was resting my hand on his shoulder asking if he could fix me another one.

With the drinks flowing and the morals loosening, it was easy to see why this place works as a bar, let alone as a restaurant. Flying the hospitality flag in a street block otherwise unencumbered by excellence, Madame George is hopefully the future of this end of K Rd — fun, independent and full of personality. 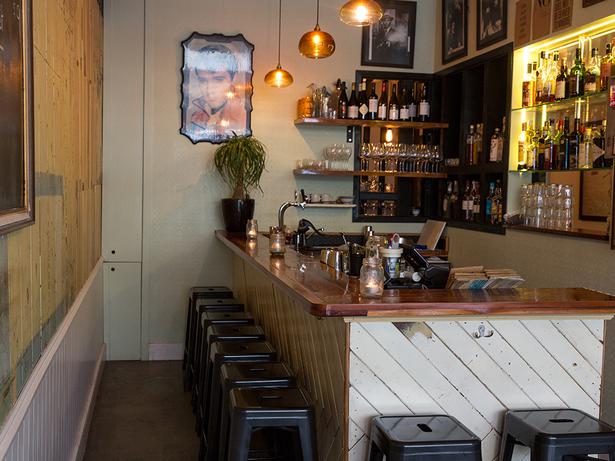 The fact that they also employ a chef of unique talent makes it one of my favourite finds of 2017.

The best things on the menu are the vegetables. Treated with respect and love, they appear on the plate as the best versions of themselves, masterpieces of flavour and texture and with an unexpected more-ishness.

Take the cabbage. Who ever got excited about a cabbage? The only time you see it is as texture in a coleslaw or as the probiotic basis of kim chi.

But at Madame George it is salt baked, which breaks down the hard structure of the plant, browns the outer leaves and turns what is essentially a barely edible soccer ball into a tender comfort food.

Beneath the vegetable were lumpy cheese curds, hidden like Easter eggs and supplying a stretchy tang to each mouthful. I couldn’t get enough of this dish.

There was a time you’d think twice in this neighbourhood asking anyone for carrot jerky but I took my chances. I didn’t know what to expect but it was something special: spicy purple carrots expertly dehydrated then refreshed in open air. 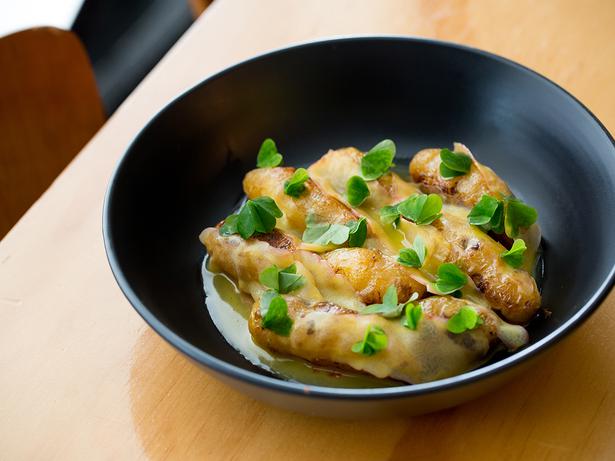 They were chewy and carroty and chili hot, and I enjoyed them so much that the following day I got my own dehydrator down from the cupboard, tossed a bunch of baby carrots in onion and garlic powder then put them in the machine to wait for the magic to happen. Reader, I’ve never tasted anything so horrible.

Maybe I’ll do better replicating the kahawai sashimi. If anybody tells you this beautiful New Zealand fish is no good to eat then tell them to try it raw straight off the boat, with a dipping sauce of lemon juice and soy.

At Madame George they play with the condiments, replacing soy sauce with a mushroom-infused water and subbing mustard in for wasabi.

It’s hard to know what purpose the experimentations serve (the latter especially) but I will say that the menu as a whole was very elimination diet-friendly, so perhaps they’re avoiding soy and the nutritional baggage that comes with it, or maybe they’re just having creative fun, which is okay too.

Cauliflower is very common on restaurant menus these days but they move it forward here, resisting the temptation to roast and instead serving it in steamed slivers with a good strong parmesan foam and soft egg.

The oca, a kind of yam, was my favourite of the lot — cooked through until tender and finished in a pan with a spicy chili-whey sauce drizzled over it. Cabbage, yams, carrots! What is happening to the world? It was a shame then that the rib eye was a bit of a dog. I love this cut of beef so much, with its Flintstones-style bone you can slice meat off or grab with your fist if nobody is looking.

There is so much beautiful fat in this steak that all you need to do is cook it long enough for everything to liquidise and loosen up.

But here it had been done too quickly, the joy of the marbling had been wasted and chewing through the meat was a dull chore. It took a long time to arrive too, which made me wonder if it was their second attempt at it. It wouldn’t be the first time a chef had overthought a steak.

There’s so much mastery in this food that I can’t believe this mistake is indicative of anything much. Since eating at Madame George I’ve run into several people who regard the place as their own incredible secret. Well, bad news for them: it’s time the rest of Auckland discovered it too.