The salmon salad on the menu at Mekong Baby. Photo / Babiche Martens I once got taken to lunch at Mekong Baby by an editor (not this one) who wanted to show his columnists that they were special enough to spend money on. Not heaps of money but real money nonetheless. Well, it was a step up from my days in commercial radio when the boss would only take you to restaurants willing to swap food for 30-second ads in unsold off-peak airtime.

I had a nice meal with my other borderline-famous colleagues at this informal catch-up but at the end, when I said thanks to the editor, he sighed, “I was hoping it would be more fun than this”, the closest I’ve come in real life to when David Brent took some of his employees to the pub for lunch and lamented that “the best people didn’t turn up”. 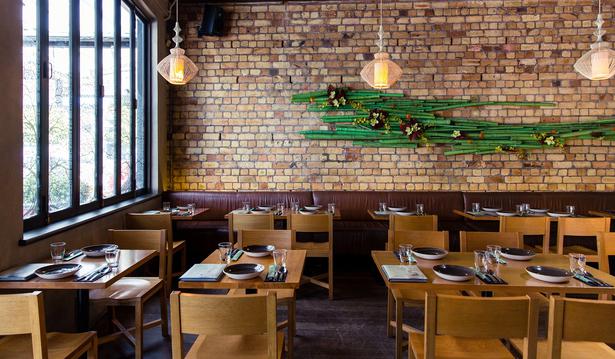 Mekong Baby has always been perfect for this sort of get-together — large, low-risk and reliable with just enough personality to feel like an interesting choice.

Someone emailed and said I should review it because it had changed ownership recently, but honestly, after going there again last week I’m not sure I can think of much to add to my initial review in Metro seven years ago: the food is great, the staff are nice, and you can find some atmosphere if you squint hard enough.

The best spot, on a hot night at least, is out on the street or as close as possible to the big bifold doors that open the restaurant up to Ponsonby Rd. Unfortunately we got tucked away on a table near the back of the room, where it was quiet, hot and sticky and some metres from human contact. That’s fine if you value your space but we wanted to feel like part of the party, so things improved a lot when a table became free outdoors (this isn’t as much of a promenade as the strip of pavement outside, say, SPQR, so you can enjoy your meal with a breeze and a view and not worry about accidentally being cast as an extra in season two of The Ridges). 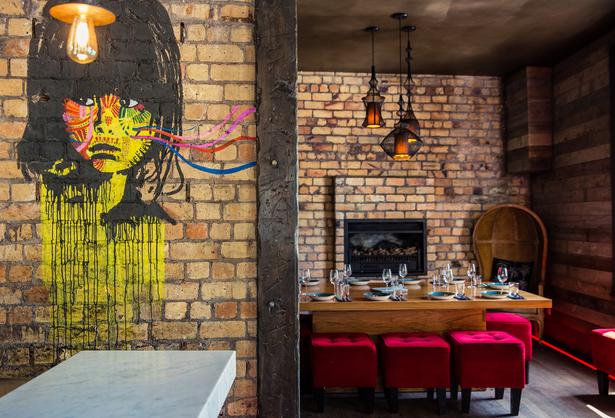 The kaupapa is familiar: you order a bunch of stuff, it’s all shareable and it comes to your table when it’s ready rather than in formal courses. That works well mostly but I do sometimes wish they would plan things a bit — like, we ordered nine things, so couldn’t they have split them into three sets of three so that we could focus our attention, not to mention fit it all on the table?

But look, from woah to go, this is great food, big bombs of taste and flavour that are almost impossible to find anything wrong with. A tofu dish was maybe the best I’ve ever tasted — technically a “salt and pepper tofu”, they’ve done something magical with it, giving it texture and depth and beauty. How did they do it? How did they turn a foodstuff that usually tastes like a hippie’s sandal into something we were fighting over? Deep frying is a huge part of Thai cuisine but it’s probably the aspect I enjoy least, in fact I wouldn’t have ordered the corn fritters if I’d thought about it long enough to realise that they would be boiled in oil rather than fried in a pan. But this was a great dish too, the fritters non-uniform in shape and texture with big hits of kaffir lime leaf and a mix of blended and whole corn kernels, served with a complex sambal for dipping.

I told you recently that tuna can only be done in one of two ways — slowly braised or quickly seared — but I’m happy to admit that Mekong Baby has proved me wrong, cutting the fish small and “cooking” it in a little marinade before serving it up on a spoon with loads of seasoning, garnish and goodies. 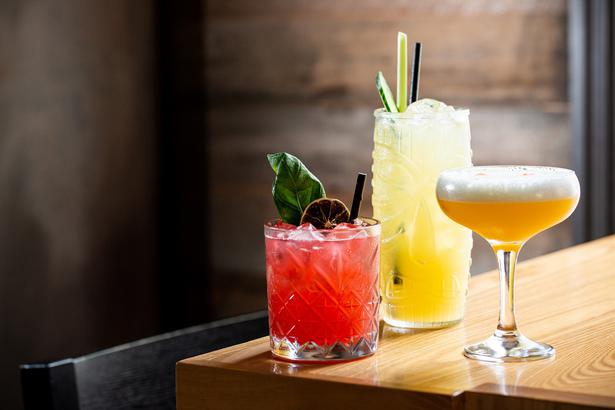 These are all little treats but the main courses are solid too. We messed up and got two green curries — a beautifully cooked tarakihi and a well-braised goat — but nobody regretted either. Then there was the pad see uw, with pieces of beef skirt so tender they must have been braised carefully for hours before being stirred into this fast-fry dish.

When it comes to choosing what to order there is a bit too much of everything. You could eat here five times and not get through all the food, while the dozens of signature cocktails seemed to express insecurity rather than confidence. A guava margarita came with sugar around the rim rather than salt because, said the waiter, the bartender is a Polish chemist and thought it needed sweetness for balance. I didn’t really buy it but it doesn’t matter — there is enough good stuff at this restaurant that you need to try pretty hard to find something to complain about.