The passionfruit dessert currently on the menu at Milse. Photo / Babiche Martens You don’t have to drop $800 at Pasture to experience luxury dining. You don’t have to take a helicopter to Waiheke island for lunch or fly to Matakauri Lodge in Queenstown for dinner — though it was good enough for Wills and Kate in 2014.

They must have enjoyed themselves because (although I haven’t done the exact calculations) Princess Charlotte of Cambridge was born approximately three trimesters thereafter.

READ: One Of The Inner-City's Most Stylish Eateries Gets Reviewed

Putting aside royally rich budgets, sometimes luxury is just about doing something you wouldn’t ordinarily do: buying Gold Class movie tickets, using cloth napkins, adding Bournvita to your milk bath. So, with your interests in mind, for this glossy luxury issue I did something I’ve never done before and went into the city just to eat dessert. 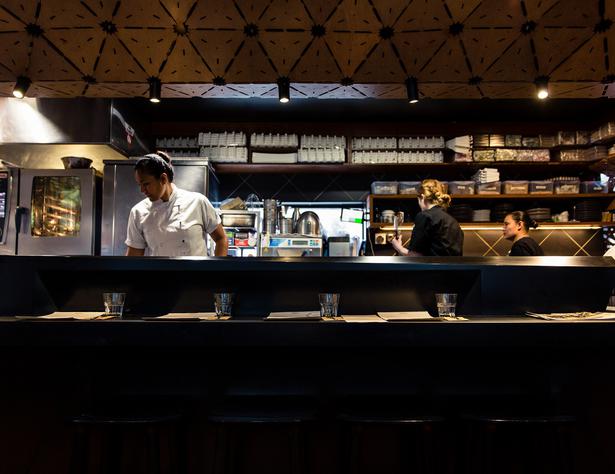 Determined not to spare any expense I paid the extra $1.46 for an Uber ‘Comfort’ and when it asked for my preferences I selected “hot” and “chatty” to ward off the two enemies of luxury: chilliness and loneliness.

When I got to the restaurant I ordered two glasses of champagne — one for me and one for my date, my mum (she enjoyed the bubbles, sure, but was happiest just to get some facetime with her son that didn’t involve being handed a five-month-old baby and a list of instructions).

We were eating at Milse, the original high-end dessert bar, launched by premier pastry chef Brian Campbell in 2013. Brian has since left to create a rival pudding-based empire called Mianne and, to be fair, I might have reviewed his new flagship restaurant instead but I didn’t want to make my editor type the phrase “for this luxury issue, Jesse Mulligan visited Morningside”.

So Milse it was, and we had a lovely time in this tiny but beautiful space — a glass box with an internal dark wood structure which makes it feel as though you’re eating in a small hut made from gingerbread. There’s seating for perhaps a dozen people though it’s tight enough that you feel the waitress brush your back every time she walks by. 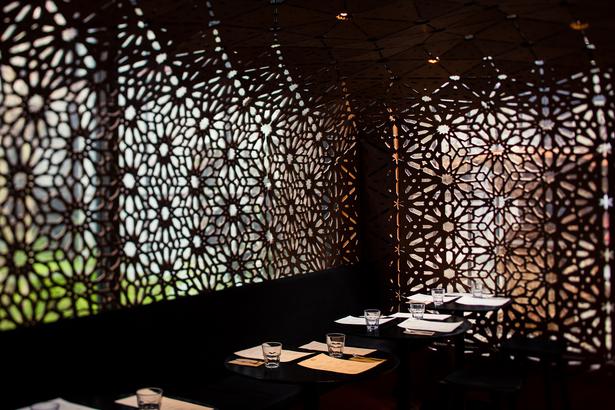 People dining-in get to choose from a menu of half a dozen in-season fruits. “Each of them is deconstructed”, the waitress told us, meaning that you won’t get an actual passionfruit on your plate but a series of passionfruit creations and complementary flavours.

Well, I don’t know who leaves a dessert restaurant feeling ripped off that they weren’t at any point served an entire piece of fruit but it must happen often enough that they need to make this clear.

READ: This Iconic Restaurant Gets A Perfect Review

Owners The Hip Group are known for training their staff well and the Milse crew had the tone right even if the food knowledge wasn’t yet at the standard you’d expect from a fine dining restaurant. That’s important because the food actually is of that standard and the prices are comparable too — you should really feel like you’ve just dropped in for a final course at The Grove, and that’s not quite the case.

The other not-very-Grovey factor is that the brightly lit kitchen is very visible from the dining room which rather screws up the mood lighting — not so much of a problem when you’re on a date with your mum, but something to consider if you’re in almost any other sort of dynamic. 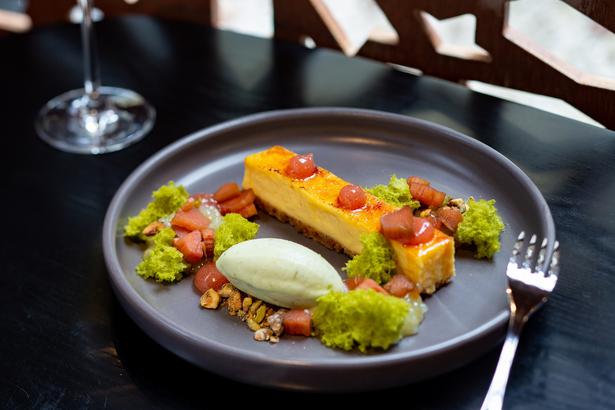 The food is beautifully done. It was served more cold than hot on the night we visited, but if the temperature was a little uniform the texture was a lot more exciting — the passionfruit, for example, was served as both a curd and a sorbet and came with plum meringue and fragments of sesame sponge. Hidden in the middle, were some tiny savoury morsels of dehydrated black olives. You could, if you were very clever, get all of that in one spoonful but it was just as fun to explore the components one by one.

For the next course of yuzu, a Japanese citrus, the fruit was tricky to detect in a good crème brulee but lent its characteristic acidity to two tiny piles of tapioca pearls. The brulee was topped with a rhubarb and pink peppercorn gel, with tiny bits of braised rhubarb scattered around the dish. On top were pieces of pistachio sponge and, best of all, an apple-mint sorbet which sang with bright herby flavour.

The other ingredients occasionally struggled to sing so loud, but it didn’t really matter because if a dessert’s sugar to acidity ratio is right you’re going to enjoy it anyway.

A clever winematch is available for each dish and, if your partner/parent is a savoury person, on weekend afternoons Milse does a high tea where not every-thing is sweet. For those who don’t have time to stay, the takeaway items are arguably even more impressive than the a la carte. Of course if you’re torn, you can always do what I did: eat in, then leave with something from the counter boxed up for later. Now that’s luxurious.