It’s been a while since Auckland had a big new restaurant launch so the winter has been a good chance for me to sniff around some of the lower-profile suburban joints which, let’s be honest, are much more likely to tempt the locals on a Friday night than a multi-million dollar fit-out at SkyCity.

Because of where it is and who it’s serving, the neighbourhood eatery shouldn’t be judged by the same severe standards as a ritzy city bistro. If you drop your fork you will probably have to pick it up yourself; when you take off your jacket it will be you in charge of hanging it up — that’s fine. But being unfancy shouldn’t mean you’re unfussed. Casual is fine but sloppy is boring. 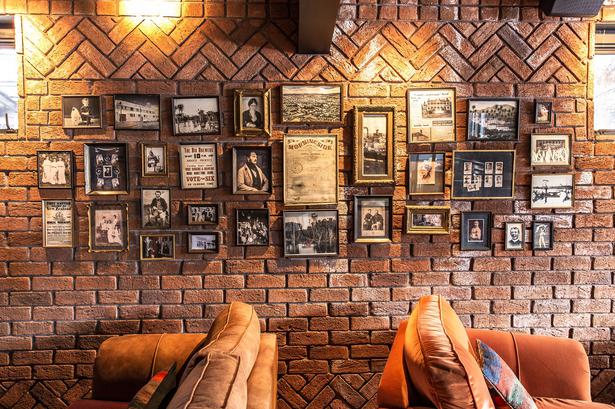 I was thinking about all this while I was sitting at Morningside Tavern, part of a new-ish dining precinct in the middle of retail nowhere. I was the guy eating by himself, with a dead phone and a New Yorker magazine that I couldn’t read because the light was too dim. That’s no criticism of the bar by the way — if your Friday night lighting is bright enough that someone can sit there reading a 6000-word think piece on blockchain, you’ve made some terrible choices with your electrics.

So instead of scrolling or reading I sat there, with just my own thoughts for company. I wouldn’t recommend that to anyone.

Around me, several groups were drinking freely and enjoying themselves. The bar offers a good selection of beers on tap and my cocktail, too, was expertly made. It’s a large pub with a large menu and mostly good service. The staff are very proud of the food but, it turns out, they shouldn’t be. 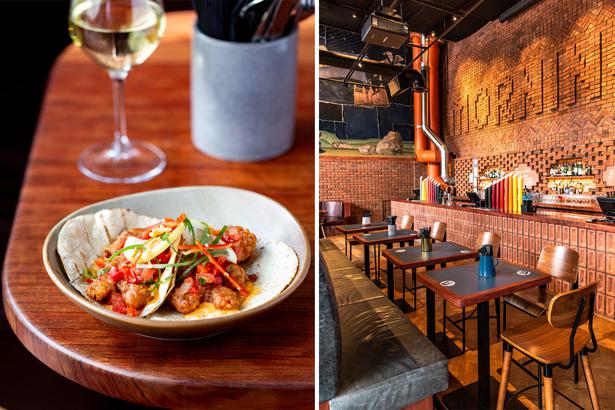 It’s 75 per cent there. A taco starter held together nicely but the fried prawns were sitting in tomato salsa and sour cream so the lovely crispy batter dissolved and fell apart. There was more batter on the cauliflower — well, more like deep-fried crumb — but while the outside was toasty brown and delicious the florets inside were basically steamed. Cauliflower does something special when it is fried or roasted, unlocking a special “treat ‘em mean” flavour that otherwise never reveals itself. The Tavern’s version was a missed opportunity.

Everything needed salt. I needed cutlery. I don’t know if it was my job or the floor staff’s job to hunt around for it but by the look on her face when I asked it’s likely to be the former.

How come? It would take another few seconds to make sure a customer with a menu also has a knife and a fork and what a simple way to make it feel like this is a place you should plan to eat dinner, not a place where you order some emergency chicken wings halfway through a drinking section because you weren’t organised enough to make something at home. 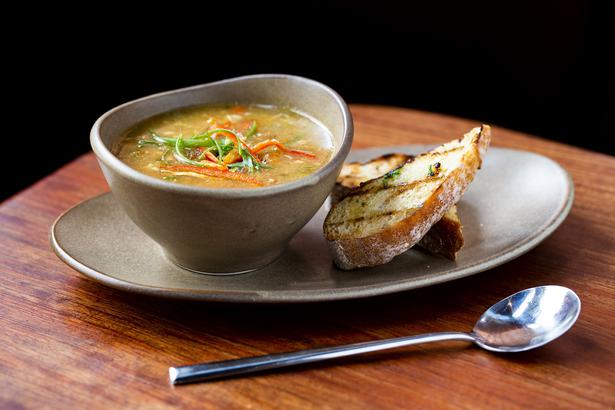 I ate a really, really good chicken soup. It was described as “hot and sour” but although its physical temperature was piping, it didn’t have any of that Tom Yum spice thing going on. Man it was good though — it seemed to belong in a different restaurant. A deep, thick stock spiked with torn chicken flesh and perfectly tender vegetables, it was the hit of the night. Does the chef bring his grandmother in to make it?

While I was in the area, I went next door to Electric Chicken, where you can order a box of lovely, juicy, fried pieces of chook then take it home, eat it there or, they tell me, take it into the Tavern garden bar but no further than the front doors. I’m not surprised they’re worried about the competition — this chicken is good stuff, served with your choice of spicy sauce. 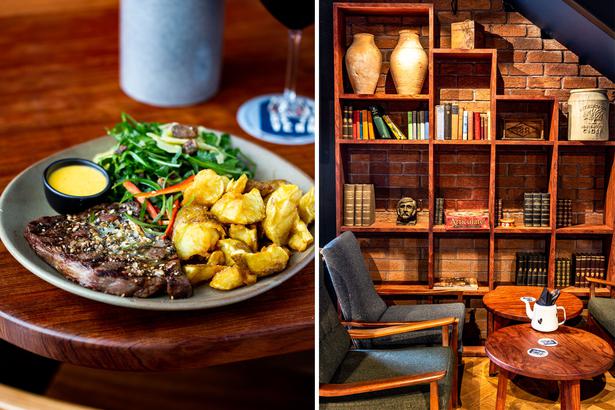 Plus the young woman at the counter is worth at least twice whatever they’re paying her, engaging customers in conversational banter and doing her best to spread warmth in a cold windy spot. I recently tried Hot Lips chicken on Uber Eats, where the fried cauliflower is actually superior to the poultry. But you’ll find the opposite in Morningside, where you’re better to go with an upmarket quarter pack next door than order the cauliflower from the Tavern’s main menu.

If it were me, I’d cut that menu right back and add a few fresh options — crisp and raw is a good antidote to all that comfort food and it’s likely to attract a wider variety of customers. Until then if you’re not in the mood for fried meat you could eat at Kind, the plant-based cafe on the corner. You might still end up at the Tavern but until the kitchen lifts its game I’d save the place for after-dinner drinks.

Hobsonville Point’s Fabric is the ideal place to arrive to after a long commute, writes Jesse Mulligan