It’s not exactly SPQR but a table in the sunshine at Nanam Takapuna is a great way to feel like you’re part of a summer’s day without fully committing to, you know, “the outdoors”. In terms of what we used to call “people-watching” you might be disappointed but on the right day it’s warm and breezy and you’ll find at least as much atmosphere outside as in.

READ: This Herne Bay Restaurant Gets A Perfect 20/20 Review

First impressions suggest it’s a big step up from Nanam Royal Oak, where they were trying just as hard but the decor was pretty perfunctory and it was all about the food — modern-ish takes on Phillipines classics. This place on the Shore is very flash — lots of decorative flourishes and a dining room that goes back for miles. In one part of the ceiling is an artistic display of what I believe to be straw hats. 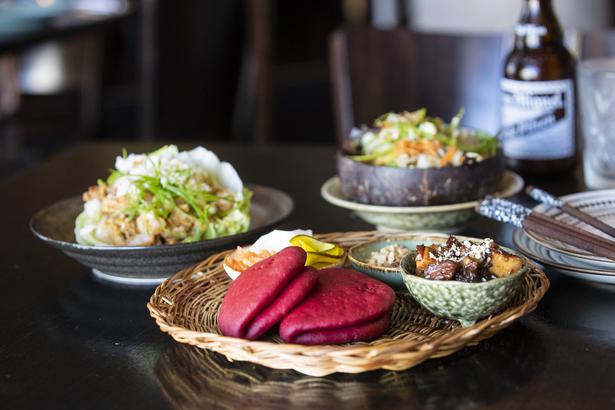 Remembering the hundreds of copper pots they have hanging up the road at Big Tikka I wonder if this should be Takapuna’s new thing — an arms race of airborne trinkets where, instead of looking at the menu, you step inside and appraise the ceiling art before deciding whether the restaurant is worth your time.

The Royal Oak site was very popular with the Filipino community and they still make up most of the business here (“70:30,” reckoned the waiter thoughtfully) even though the chef takes some liberties with traditional recipes — what do expats think of their classic octopus adobo being whipped up with fettucine and turned into a sort of saucy Italian pasta bowl?

Most Kiwis are pretty new to the food of the Philippines, having not had much opportunity to try it. There were only 100 Filipinos in New Zealand in the 1970s, 10,000 by the turn of the century and, at last count, more than 40,000. They now well outnumber people from Thailand and it’s possible that, given a bit of time, we’ll know Philippine-style dishes as well as we know pad thai and tom yum soup. 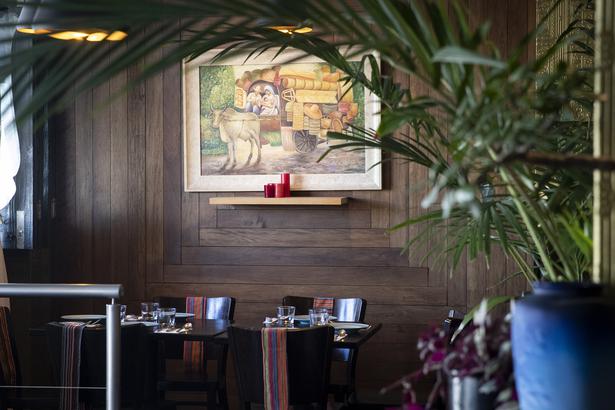 There is, in fact, a little bit of crossover between the two cuisines but Filipino food, at least as expressed at Nanam, is less spicy-hot and a bit more vinegar-based than you might find at your local Thai joint. There is also a LOT of pork — as a protein and a seasoning — and it’s occasionally combined with seafood to create an unusual but compelling flavour profile.

There’s a good example of this on the tapas menu — a coconut-based pork and prawn curry, which is so delicious I almost order another one. It’s served in a chunk of iceberg lettuce with pickled chilli and crumbled prawn cracker on top: a tropical, spicy, meaty mouthful that is one of the best things on the menu.

But top prize goes to the beef cheek, which has no right to taste as good as it does. We’re all used to hearing about how many hours a piece of beef has been cooked — the 12, or 16-hour brisket always sounds tempting when written down but it implies that all a tough cut needs is time, when technique is so important too. 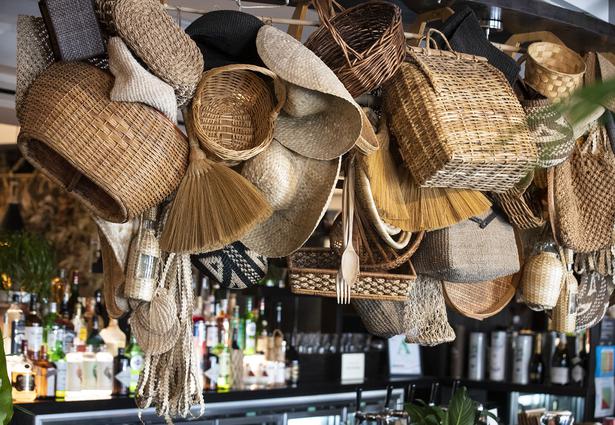 The interior features a display of straw hats and baskets. Photo / Jason Oxenham

Well, I don’t know what exactly they’re doing to this cheek but the result is a superb piece of beef, up there with the best brisket in town. It’s not just pull-apart tender and soaked in flavour but it even has a “bark”, the word barbecue nuts use to describe the slightly charred, crunchy surface of a great piece of slow-cooked meat.

A fresh papaya salad demonstrates the subtle difference between the food of Manila and Bangkok. Gone is the searing heat and that big lime-fish sauce battle of a Thai salad; it’s replaced with a lighter dressing you might describe as an Asian vinaigrette. There’s also a better variety of fresh vegetables — even the keenest green papaya fan can get bored munching through a whole bowl of it.

The service can be variable — once we were the only customers there and the food took a lifetime to arrive, the next time it was busy but the food arrived almost as soon as we’d ordered it (the problem that time was waiting for someone to take our order in the first place). But it’s hard to get grumpy at the staff, who are generally lovely and will find that hungry customers forgive a lot if they don’t also have an empty glass.

I thought I would love dining-in but the chemistry isn’t quite there yet — there’s too much halogen lighting to create a vibe and, though they’ve invested a lot in the room, the food is still the best part of the experience. Overall Nanam is a great addition to the Auckland scene and whether you’re part of the 70 or the 30, you’ll find the menu is 100.