I visited this restaurant 18 months ago, when it was called Asian Ruby, and concluded that while the food and staff were great, not enough attention had been paid to the eating environment — the stuff your eyes have to put up with while your mouth and nose are having the time of their lives.

The Christmas tree was still up in February, the staff lockers were housed in the customer toilets. It seemed like they’d spent all their money on the kitchen and would be putting a dollar aside from every bowl of pho sold so they could one day pay for a paint job. But they’ve gone one better, keeping the chef but selling part of the business to an interior design expert. He’s come in with a new broom, swept up the tinsel and pine needles and turned NEM into a restaurant that feels simultaneously cosy, private and welcoming as soon as arrive.

The dining room is below street level and what you lose in window views you make up for in subterranean mystique. It was a wet night when I visited and there was something exciting about opening a creaky old-fashioned door and finding a room full of happy energy and delicious smells.

Like last time, the staff are keen but they’ve learned how to direct their energy into superb service rather than frenzied chit-chat, meaning they delivered my glass of wine about 30 seconds after my bottom hit the chair (though, if only for economic reasons, they need to get better at watching for empty glasses and offering another drink). 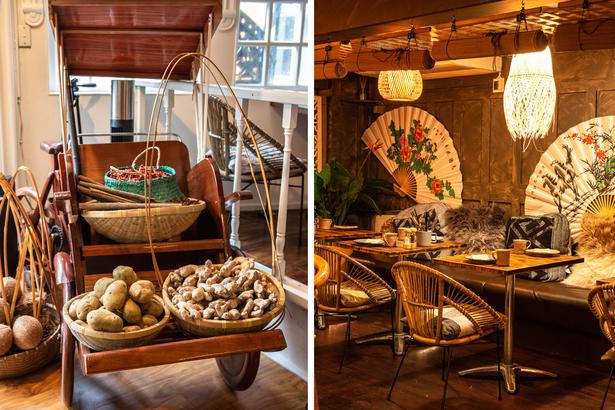 I had failed to organise a dining companion so ended up eating alone, an experience I can’t promise everybody will enjoy. The Mulligan family tend to register fairly low on the self-consciousness spectrum — if you’ve ever come across someone skinny-dipping on a DoC walking track, it was probably my dad — but nonetheless I still tend to feel conspicuous sitting there by myself, staring into space.

The last time I did it I sat down next to a girl I used to crush on in my Hamilton days. She was with half a dozen friends having a dream Friday night and had a perfect view of me on my lonesome, chewing on a chicken wing in the corner of the room. Why couldn’t I have run into her while I was doing something impressive and glamorous?

This time I’d brought along a magazine but I barely had time to open it before the food began arriving. The cuisine was good 18 months ago but now it is great. The guy in the kitchen has really nailed what he is trying to do — still fusion but I think tending more towards his Vietnamese roots. It tastes exciting but it also looks exciting — a curry prawn dish, for example, is served inside an actual coconut, which is placed on a thin metal frame and then the whole thing set on fire before being sent out to your table. I loved that dish, which had Thai red curry flavours but also texture from some tempura mushrooms added at the last moment. The flames might seem like gimmickry but do help the dish stay piping hot until the moment you dip into it. And the coconut is a lovely vessel — a crockery-alternative which actually adds something thematically, rather than being a random piece of steampunk pitched directly to Instagram.

READ: Jesse Mulligan Finds A Sushi Gem In The CBD

Best of all was a beef carpaccio, a tall, brave construction that reminds me of when Dizengoff used to make people look at a photo of the chicken salad before they were allowed to order it. There’s no warning about what to expect here, but it’s hard to imagine anyone being disappointed. This beautiful dish rings the bell of every taste bud with a sweet-sour-spicy dressing akin to the best green papaya salad, plenty of crunch and some generous pieces of crimson beef. 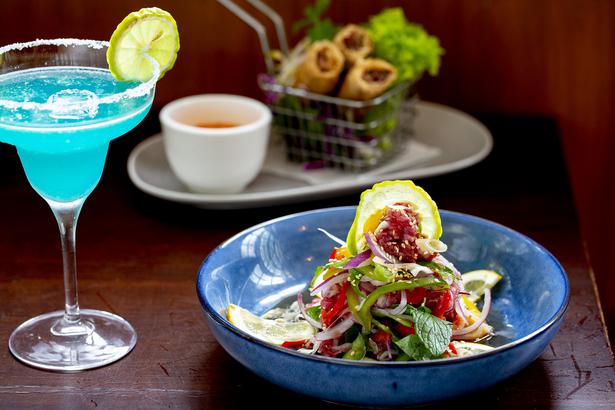 And order the lamb chicory, which sounds simple — is simple, really — but could make a claim as Auckland’s perfect mouthful of food. Each bite is a cold, curved leaf of bitter witloof with a heaped spoon of hot spicy lamb inside.

The best Vietnamese food leans on multiple contrasts — of temperature, texture and taste — and this dish has all of that without even seeming like it’s trying that hard. Who is this chef, and what great things is he destined for?

In my experience Vietnamese food has a fresh edge — raw vegetable garnishes and sides are part of the experience, and there is plenty of that here — so for every soupy curry you get a rice paper roll bursting with crisp produce. You leave feeling light, and looking forward to coming back. They’ve got the formula just right here, and deserve plenty of happy success.