I'd be so happy if Auckland had a restaurant specialising in food from Rome, but this is not it. Instead Romulus and Remus, named for the founders of that great city, offers a sort of pan-Italian menu that is good enough in its own way.

Take the cannellini bean starter — Romans definitely eat beans but they're more likely to come whole, in a little bowl on the side of your pizza, than pureed into a kind of hummus as they are here in Grey Lynn.

The chef loads them up with all kinds of high-impact condiments — red onion, tomato, capers and white anchovies — which makes the dish taste incredible but those last two ingredients aren't usually seen within 200 kilometres of the Vatican. 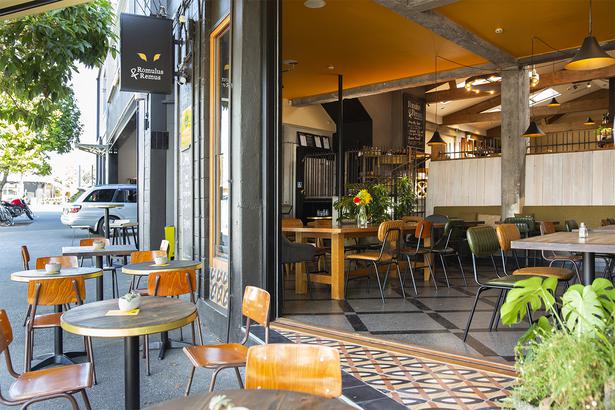 There are multiple dining areas to cater for smaller or larger groups. Photo / Babiche Martens

The eggplant chips were cool — you want standard potato-based chips to be crunchy on the outside and the opposite within, and aubergine is a pretty perfect vehicle to achieve that. But (I say "but" — in fact it was delicious) it was served with fennel seed whipped-feta which is definitely not a Roman thing. Does any of this matter?

Not to your enjoyment of the meal but it means this will at best be a delicious neighbourhood crowd-pleaser rather than a deeply authentic kitchen that just happens to be in a residential suburb (like, say, Ponsonby's Cocoro or Ellerslie's Mexican Specialties).

There's a good stack of Italian wines out back and they mostly work well. They say that half an hour before a dinner party you should take the whites out of the fridge and put the reds in, which would have been good advice on this warm February night — my red, a Sicilian Nero D'Avolo, was the temperature of the Tepid Baths. 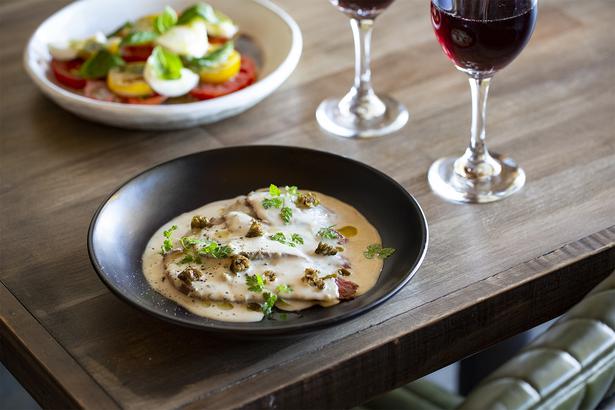 I should have stuck with the white Grillo, which was from the same island and a perfect crisp foil for the fried and mouth-puckering starters.

New Zealand, do we need to talk about Caprese salads? It feels like they're on just about every menu but I can't remember ever eating a good one. I think it's a problem with our tomatoes, which don't get enough ripening time in the sun to work in a dish of this kind.

So, like lean cuts of lamb, I'm going to stop ordering it and stop complaining about it. If you think you have a Caprese to change my mind, feel free to let me know. 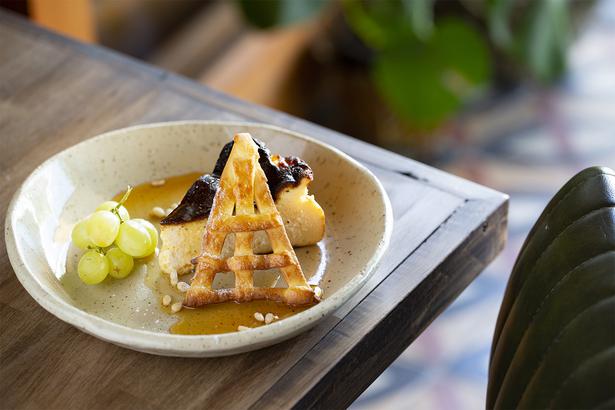 A vitello tonato (thin-sliced poached beef with tuna sauce, and generally better than it sounds) was a little mild for me as well but the chef was back on form with the mains, in particular a pappardelle which was perfectly cooked and super-generous, jewelled with plump, roe-on scallops that made you pleased to live in New Zealand.

My osso buco (a cross-section of beef shin braised slowly on the bone) was not quite as fall-apart, melt-in-your-mouth tender as you might expect for a long-cook cut but it was good once you got used to the chewing. The highlight of the dish was actually underneath, a saffron risotto that was unmistakably coloured and flavoured by that famously expensive spice.

Like the scallops it was an act of generosity that showed the chef is here for the food, rather than the bottom line. 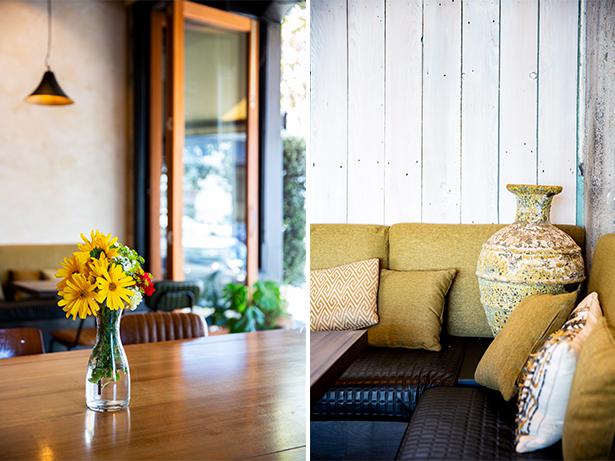 Romulus and Remus is designed for causal eating and drinking. Photos / Babiche Martens

I have a small complaint about the service which is that it's a sharing menu, but not advertised as such. So things come in an unexpected order and you can end up trying to wolf down one thing before the other goes cold. But it's a small point, and easily fixed with a bit more info from the staff when you first sit down.

The restaurant has been open for a few months, and has it been busy? "Too busy!" reckons the waiter, who nonetheless never kept us waiting for any length of time.

Refreshingly, they seem to have someone focusing entirely on the drinks, so that the guy you're waiting to order dessert from will never get stuck at the bar making somebody's white Negroni.

They deserve their success, which I'd say is mostly about the vibe and the food, and partly because they've opened up in a suburb where capital gains have been good and everybody's run out of ways to upgrade their house. Lilian down the road is flat-out too, but they're a bit cooler there.

Romulus and Remus is for people who want to eat well but don't want to feel self-conscious about their un-tattooed skin. And it's relatively cheap, leaving plenty of cash in the revolving account to buy that home sauna you've been eyeballing.