Why does sashimi taste so good when it’s prepared by a Japanese chef? I can craft a 20-ingredient soup at home that tastes almost like it would in a Tokyo Ramen Bar yet there is something about the simple act of slicing raw salmon that I am getting wrong or, at least, not as right. I once asked a sushi chef for his secret and he said “a sharp knife” which, yes, I’m sure is crucial, but I couldn’t help feeling was a bit of a fob-off.

I would have said that context was key — the elegant serenity (or sometimes joyful rowdiness) of a Japanese restaurant makes everything taste better. But this week I received a few slices of salmon and tuna sashimi in a cardboard box with a plastic window and it still tasted like heaven. So look, I don’t know what they’re doing to it (another chef told me he “ages” the fish though it’s possible he was trying to engineer my death) but it’s wonderful, and inimitable. 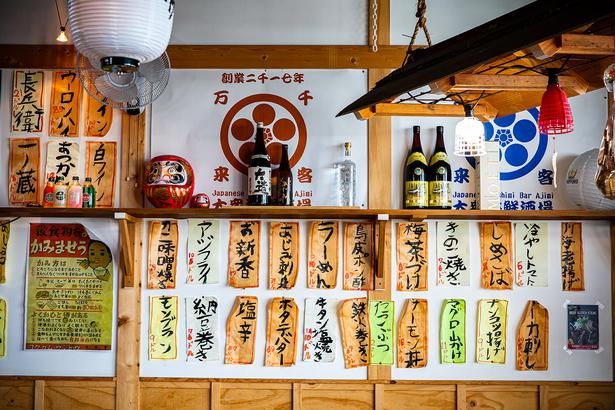 White fish was off the raw menu under lockdown but Sashimi Bar Ajimi was otherwise doing a remarkable job of offering its full range of Japanese dishes for takeaway. The restaurant has escaped publicity by being outside of the central suburbs but it is the real deal.

Owner Daizo Yamada came from Chiba, near Tokyo, then cooked his way through Taiwan on the way to New Zealand, where he worked at Rikka and Industry Zen before starting his own “Taste of Japan” stand at the night markets. His food was such a hit there that he turned the stall into a permanent restaurant in Onehunga and, the following year, opened Lantern Street Bar in Kingsland. He already has his eye on a site for a third sister restaurant so pray to the udon gods it’s in a suburb near you.

As well as the sashimi, we did our best to keep the chef busy that night. When you’re hungrily eating takeaways in front of the telly it’s easy to forget how much time and care has gone into them but by my count this meal for two included boiling, steaming, sous vide-ing, grilling, pan-searing, deep frying and plenty of raw chopping and tossing. The lamb rack in particular was a labour-intensive masterpiece — cooked at length in the water bath, finished off over a straw fire, then served with an inky black garlic miso sauce. 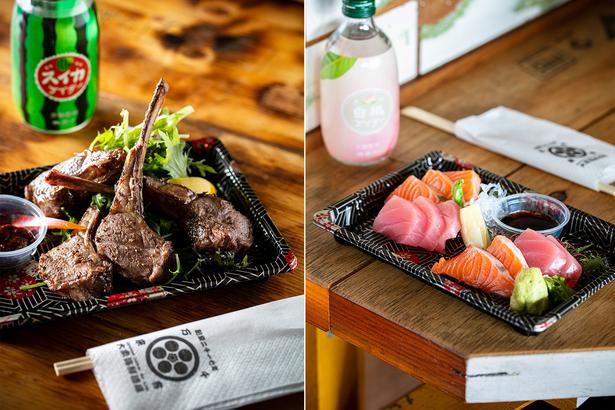 The lamb with black garlic miso, left, and the sashimi. Photos / Babiche Martens

And the rest of the feast was a tasty mix of the familiar and unexpected. Soft shell crab was battered and tossed in a mesclun salad with a light Japanese dressing (I’ll be pressing the owner for the recipe shortly). If you love unagi sushi you should really try the Eel Donburi, featuring an unexpectedly large side of eel on a bed of rice, skin on and oven-glazed — a thinking man’s salmon fillet. The tan tan noodles were like a slightly spicy ramen soup without the broth — a Szechuan classic reinvented by other cultures, and an appropriate dish from a Japanese restaurateur who learnt Chinese food at his first formal training.

By the time you read this you’ll be able to visit one of Daizo’s restaurants in person, then tell your friends and make him as Auckland-famous as he deserves to be. It takes a lot of energy and positivity to reinvent your business under lockdown conditions but on this wet city night I was thrilled to have a master Japanese chef at the hob, making luxurious food for all the people stuck in their homes.