Chef Sid Sahrawat says he wasn’t thinking of buying The French Cafe until he heard the owners were looking to sell. Creghan Molloy, who sold it to him, told me the opposite — that she and her husband hadn’t considered selling until Sid and his wife, Chand, made them an offer.

I don’t doubt either of them. Though the announcement was a shock, the transition was smooth and now it feels like it was always meant to be — Creghan and Simon Wright leaving on a high after 20 years, Sid and Chand taking on the ultimate jewel in Auckland’s fine-dining crown. I’m not surprised the origins of the idea have become murky. 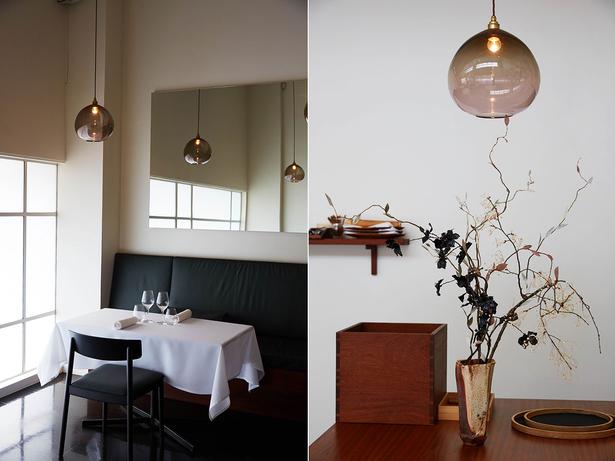 “I don’t know how you do it,” Chand said to my wife and I midway through our meal at the newly branded Sid at The French Cafe. She was talking about us having three children, but at least they go to bed at 7pm.

How two people can run three restaurants (Sidart and Cassia continue at full speed) defies belief. All three would be in Auckland’s top 10 — some would put them all in the top five. So if anyone deserves praise for time management it’s those two.

READ: 7 Gourmet Vegetarian Restaurants Worth Travelling The World For

Yet incredibly, Sid’s never looked more relaxed. With each of his kitchens now operating under its own head chef, the executive is now free to shake hands on the floor, host special events, then zoom across town in his Tesla to the next venue.

He’s recognised that part of having your name in big letters is that you can’t bury your head under the rangehood and let your food do the talking. The new approach suits him and, judging from the nervous giggles from diners when he walks through the room, the celebrity factor is adding to the experience. 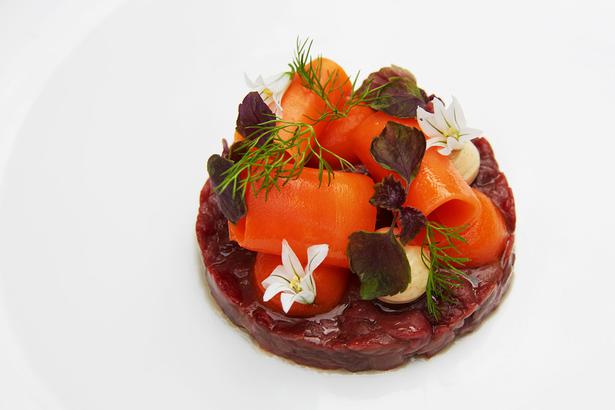 Much of the layout stays the same. The bar area is comfortable and luxuriously distinct from the dining room — we sat here with a glass of bubbles and enjoyed our first snacks from the kitchen, in no hurry to get to our table.

These hors d’oeuvres were tiny dishes in their own right — a miniature pastry shell filled with whipped goat’s cheese then a yuzu macaron that dissolved in your mouth — a little sweetness with the citrus and a paper slice of ham to tip it towards the savoury.

I’d half expected the menu to be degustation only but actually there are several options and, unless you’re really in special-occasion mode, it’s hard to imagine being disappointed by the four-course option. Add in those canapes and a pre-dessert and you are basically in tasting-menu mode, with the bonus that you get some choice in what you eat.

Sid Sahrawat has been recognised as one of the world’s great chefs, so it’s hard to imagine you’ll find much wrong with the food, especially in this new flagship. Whether your latest experience was better or worse than the last time you ate with him will more likely come down to the meal as a whole — was it the right balance of savoury and sweet? Have the dishes evolved? Are the ingredients exciting enough that Sid at The French is worth the added cost and fuss?

The meal I ate more than satisfied this interrogation. Death by dessert has been a problem with previous menus, but the a la carte option allowed us to leave without regrets. An ingredient like carrot, which Sid has always championed for its visual appeal and earthy sweetness, has been further refined and elevated to earn its place on the plate.

His famous Roquefort blue cheese icecream is also referenced in a parmesan pre-dessert with garlic wafer and a red wine poached pear.

As to ingredients, he continues to do new things with familiar foods while introducing you to completely new things too. Quail cooked two ways comes with an incredible gingerbread puree; an edible moss adds texture to a crispy, juicy piece of duck. Simplicity is celebrated with a shiitake broth — a clear, unadorned liquid that extracts the precise flavour of the mushroom as if by a magic spell. 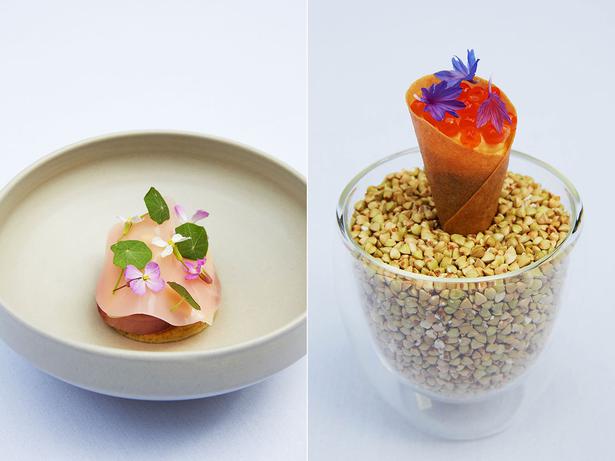 It feels like every restaurant in town is doing kingfish sashimi yet this is the dish I would return for — with a brave and fiery nam jim, mandolin kohlrabi and ginger, then on the bottom “is that … peanut butter?” my wife asked. No, it was pistachio puree, a classic Sid addition providing colour and flavour from the last ingredient any normal chef would think of adding to this dish.

READ: Chef Monique Fiso's Hiakai Pop-Up Is Set To Get A Permanent Home

With flawless service and fantastic wine, my only complaint was that our table was below the air-conditioning unit, which switched on at one point at a velocity that almost flash froze everything on the table. I’m sure they’ll work this out. Sid at The French Cafe is the new benchmark for luxury dining — book a table for your birthday and rest assured you’re eating the best food on the planet.