The hapuka crudo on the menu at Siostra. Photo / Rebecca Zephyr Thomas Our children’s school was holding a fundraiser so I donated “dinner with Jesse” as one of the prizes for the auction. “What’s second prize, two dinners with you?” my wife remarked unkindly, but at least someone out there knew my value.

After a flurry of bidding (well, I wasn’t there but the organisers assure me there was some interest), the prize was won by Matt and Ryan, two local real estate agents who clearly have some experience finding bargains in a stagnant market.

I often wonder how real estate “couples” get together and Matt and Ryan’s story is particularly sweet. They individually gave up previous careers to take a Unitec course in selling property and made friends with each other at the first morning tea.

By week two Ryan’s mum was packing a lunch for each of them and it was no surprise they stayed together as a power team once they graduated. For the dinner I took along my own work husband, Jeremy Corbett, and we met at Siostra, itself named for the pair of sisters who launched the business. 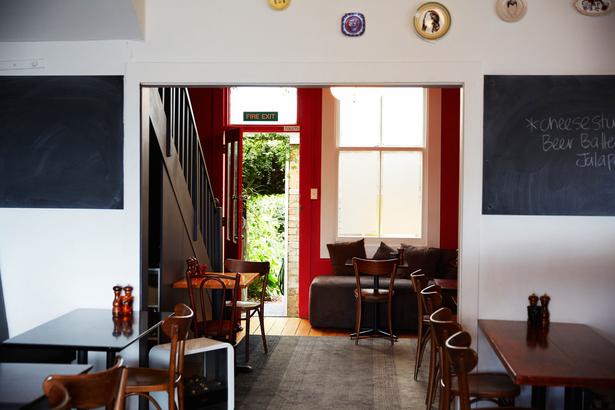 One of those sisters is Esther Lamb, who still runs the restaurant with warm efficiency. She knows as much as anyone about creating a great dining experience, and instead of all those hospitality courses young people take out big student loans for, I have a better idea — they should build a sort of gallery behind a one-way mirror at Siostra where newbies can line up and watch how it’s done, for real.

Greet the customer, read their personality, become the waitress they need in their life right now. It doesn’t work if you fake it — you need to have those hundred authentic versions of yourself ready to draw on when you need them. It’s part skill, part talent, part performance, and it must be either invigorating or exhausting, depending on where you get your daily energy from.

READ: Ange Redfern On The Secrets Of Ripe Deli's Success

The wine list has been a major drawcard since the restaurant opened four years ago, and we had good fun working our way through it — apart from poor old Matt, who was doing Dry July and spent his evening sipping verjuice and kombucha. “I was going to give myself a night off for this one but then people started donating money,” he said.

Good for him, and for all of you who took the opportunity for a few weeks off the booze. If you want to find out how much you depend on something, give it up for a month and see how stressful you find it. Matt didn’t seem worried at all, and his willingness to play sober driver to the rest of us bodes well for a future with Uber should he ever fancy a third career. 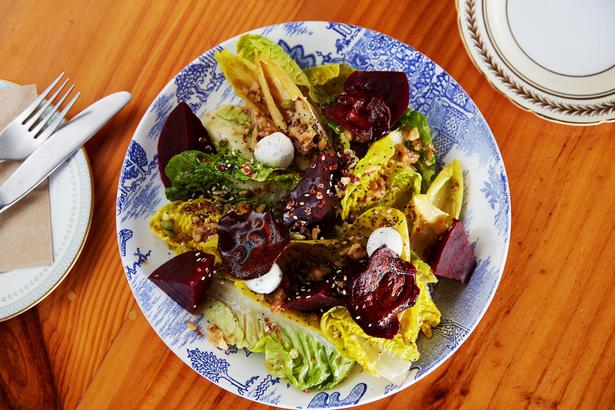 Esther’s sister Beki used to run the kitchen, but she’s moved on now and they miss her a bit. In 2014 I called her beetroot salad one of Auckland’s dishes of the year, but the 2018 version is not quite the must-order it used to be, those star cubes of beet a little loose and watery, the goat cheese spheres somehow off and cos in place of the bolder witloof.

You’re better off sharing the cold chicken parfait, which was a huge hit at our table, served with an onion jam and tiny cornichons plus some good bread that was silently refreshed when we started running low. You should also try the hummus, which is the best in town — served room temp and crunchy with dukkah, the bread enlivened with fennel seed. If none of that sounds fresh enough for you, go for the fish crudo served with golden raisins and capers.

READ: Why You Should Visit the Grey Lynn RSC

That crudo had a fish scale in it and the rabbit pappardelle a small bone. Neither of these things is the end of the world but it fits with the sense that this is a kitchen doing things just a little better than you would do them at home.

They could have thrown some more salt in with that pasta and taken the pasta out a minute earlier, but neither of those errors will get them thrown into jail (well, maybe in Italy). I was less willing to forgive the beef cheek, well-cooked but underflavoured — this should surely be the easiest cut of meat to make moreish.

None of these complaints much affect the experience, which is of a good local bistro expertly managed and well patronised by a grateful local community. I reckon it’s better used as the after-work meeting place you decide to order a few plates at rather than the special occasion birthday dinner venue. Mind you, if you were inviting half a dozen people or more the convivial vibe would be perfect. Long may the hospitality masterclass continue.