I dropped in at this restaurant on the way back from an afternoon at the Home Show. In case you’re not familiar, that’s an annual event at the ASB Showgrounds where you go along hoping to find a new laundry tap and leave with a $3000 deck umbrella.

It’s a stadium-sized space filled with things you didn’t know you wanted at prices that will not be repeated. In the main sheds are the big names — Smeg, Blum, Methven — and on the periphery are lesser tents hawking things like chamois leathers and pet insurance. But hey, a deal is a deal and if anything ever happens to my future dog, I’ve been assured of a full and prompt payout. 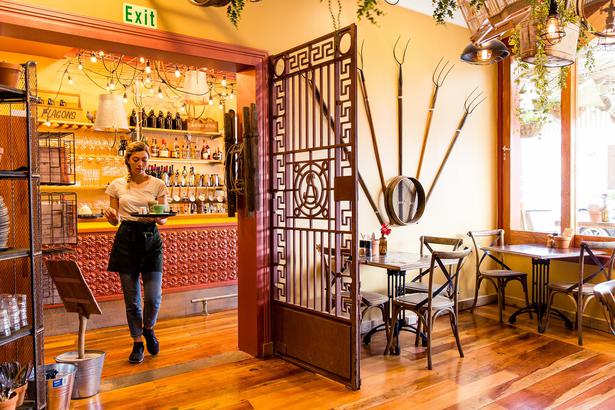 The showgrounds is one of the few viable places for a sprawling major event like this to happen and, despite the venue having the infrastructural convenience of a fresh meteor crater, once you’re inside it doesn’t really matter. We arrived and left by Uber but got hungry on the way home and the Garden Shed nicely fit the bill for dinner, having reopened recently following a major fire. (Possibly it would have been minor if the fire engines hadn’t tried to get through Greenlane on the day of a big rug sale.)

The restaurant is imperfect but has enough going right that I’d recommend it for all sorts of in-between occasions. It’s no place for a date but would be suitable for families, locals and friends who haven’t yet decided whether they want to drink or eat.

I think I saw the word “bistro” somewhere but they’d be better to pitch it as a pub with great food, given its strong beer list, all-day service and a short, decent mains menu with a list of deep-fried treats for anyone wanting an entree.

If you weren’t paying attention you could easily order a mushroom risotto preceded by arancini (that same risotto, deep-fried) and with only battered chicken and a few other anonymous choices on the list of starters, you’d be better to go with one good main meal and fill it out with sides. 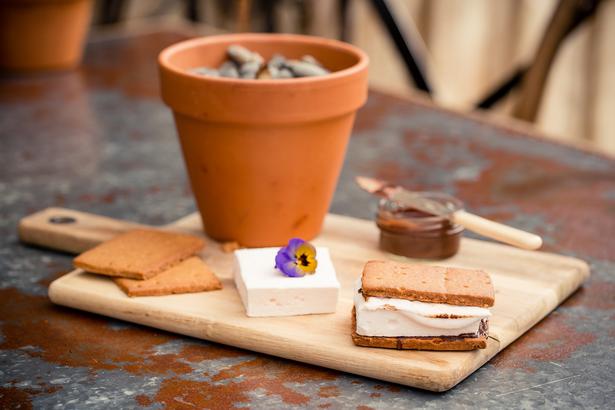 And desserts! These include DIY s’mores: large flat marshmallows served with biscuits, chocolate ganache and a candle — the small, mostly harmless naked flame no doubt providing a sort of exposure therapy for the owners. Toasting the marshmallow at your table is great fun for young and old and I reckon this alone is worth the visit if you have children of the right age in your party. They do their own low-sugar sodas too.

Table service is much better than you’d expect from a pub, despite a couple of shaky moments. We didn’t get any water until we asked for it, while the table next to us were offered “tap water or sparkling?” but when they asked “is the sparkling complimentary?” the waitress heartily laughed, “No!” Even though plenty of good casual restaurants are doing free carbonated water these days.

The mains were nice enough. On the server’s recommendation I ordered a burger and though I called her back to request it medium-rare she assured me that was how it would have come anyway. In fact, the patty was that slightly sausagey meat that would have been bad pink, so I’m glad she was wrong. 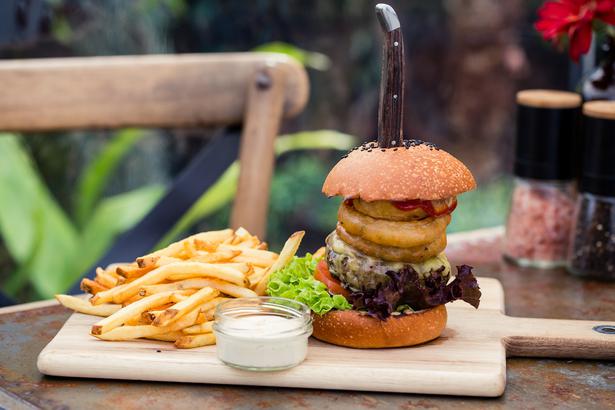 The burger on the menu at The Garden Shed. Photo / Babiche Martens

It was fatty enough to be juicy anyway but the main problem was structural — the burger was three times as high as it was wide, secured to itself and the serving board via a sharp knife hammered vertically through the burger and into the wood. No mouth could have got around it, or even half of it, so I had to pull it apart — bun, then onion rings, then patty. I got the better of the thing eventually but all that combined burger flavour — ketchup, mustard, mayo, cheese and meat juice — was lost in the deconstruction, like trying to enjoy the Mona Lisa with a microscope.

A slightly dry but pleasant lamb pappardelle allegedly came with Grana Padano and pangrattato (fried breadcrumbs), each of which have been known as the poor man’s parmigiano. Both were mostly missing, forcing us to season with the very poor man’s parmigiano: salt. It worked well enough.

The arancini were tasty as, with a nub of mozzarella in the middle and coriander mayo on the side. And the fried chicken was really good, cut thin to maximise the surface area of the coating, which got plenty of crunch and pop from the hot oil.

But it’s the environment that really works for this place — a water feature, living walls of plants and antique garden equipment creating a sense of sanctuary within the busy village. The staff are plentiful and likeable and even if the food is only okay it’s hard to imagine that you won’t enjoy yourself if you choose The Garden Shed to park up for a beer and a bite and a flick through the 17 underfloor-heating brochures you somehow acquired during the afternoon.