Restaurant Review: The Hotel Britomart's Kingi Is Angling For More

There weren't many great moments during my meal at Kingi but at least I found my summer drink. Fino and tonic!

All the thirst-quenching deliciousness of a G&T without the heavy alcohol hit.

I had my first one at Kingi and have since made myself 11 more at home. 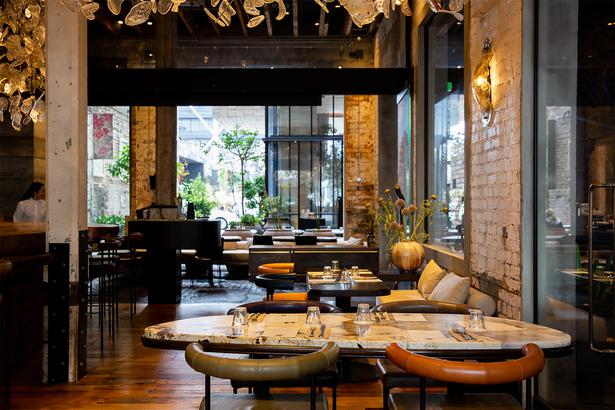 The restaurant has a more high-profile feel than the owners' other ventures, Orphan's Kitchen and Daily Bread. Photo / Babiche Martens

Fino, the pale sugarless sherry, has barely more alcohol than a standard wine but is overtaxed due to a bungled attempt by politician Jim Anderton to take on binge-drinking in the 90s.

So you can perhaps understand why a mildly labour-intensive cocktail of less than 10 per cent ABV costs $13 at Kingi, but other pricing anomalies are harder to explain.

To buy a flute of (excellent) sparkling riesling from North Canterbury will cost you $19 (it's $14 for the same brand up the road at The Onslow).

Kahawai is so cheap and ubiquitous that some New Zealand fishers throw it back into the water but here they're charging $25 for what looks like less than 100g of it.

At least it's aged, which does something to explain the price. 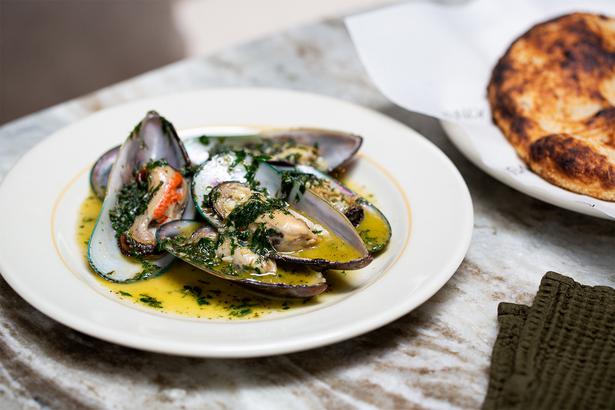 Greenshell mussels, about the cheapest protein you can buy at a New Zealand supermarket, are steamed open and served up at $12 for six.

Comparing restaurant prices with how much it would cost you at Pak 'n Save is low-hanging fruit for a reviewer, but there is a trick to marking up ingredients without it feeling like robbery.

I couldn't help but compare Kingi's kahawai, served in lonely-looking slivers on a plate, with the air-dried tuna at Ahi, which you can't even see in my phone photos because it is so heavily loaded with brightness and colour.

One thing Kingi does have in common with Ahi is that they are both beautiful rooms to walk into.

You approach Kingi down a lane at Hotel Britomart, passing loads of shaded outdoor tables and entering a grand room with a massive decorative fixture hanging from the ceiling — thousands of tiny reflective objects that reference the scales of a kingfish. 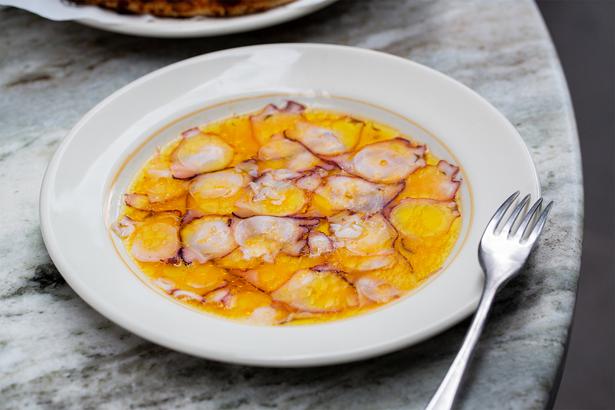 It's a real city oasis and you feel like you've chosen the perfect spot for lunch.

Then you pull your stool in toward your place setting and realise that the bar comes right down to below your knees, so the only way to sit at it is side saddle, as if you're a skirted woman on a horse in 16th-century Europe.

I am spending the summer eating at almost all of Auckland's new openings and you may have already concluded that Kingi wasn't my favourite.

It doesn't yet seem to have the magic that has characterised the owners' other businesses: Orphan's Kitchen and Daily Bread.

These places have a low-rent/high-quality feel — the sense of two food lovers putting flavour ahead of extravagance: spending every dollar they have on making things taste as good as possible. 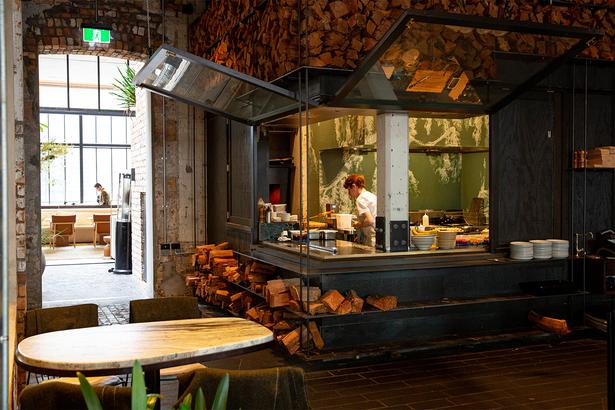 A view into the kitchen at Kingi. Photo / Babiche Martens

The new restaurant is in a high-profile, expensive space and perhaps there's still some work to be done to find out what the Orphan's kaupapa looks like when there is money to spend.

Kingi had a challenging start to life because of similarities between its name and the word Kingi, an important te reo Māori term associated with the Kīngitanga movement.

The restaurant owners offered the defence that they were using an abbreviated term for a kingfish, but opponents were unconvinced.

Though Kingi had people from within Māoridom who supported its choice of name, the hurt on the other side appeared real, and the owners may have quietly wished they'd changed the name to "kingy" instead — if only so they could have taken the time and energy they spent on what became a long-running dispute, and devoted it to other aspects of the business.

The service was patchy when I visited — too slow to take orders, refill waters and clear plates. 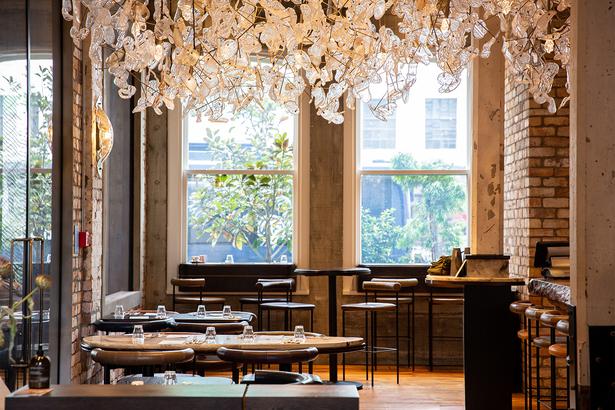 The food is almost there but even their most popular dish — blue cod wings — left me a bit cold.

It was over-fried, with a lot of plasticky fishbone admin to deal with and came with a ranch dressing that tasted of nothing much.

I liked those mussels, and a carpaccio octopus tentacle sliced paper-thin came with a lovely subtle tangelo dressing, but I wouldn't order a salty taramasalata again, nor the surprisingly flatbread we ate with it (I mean, yes, it is called "flatbread" but there was no puffy quality or even lightness to it).

For a seafood restaurant there could be more on the menu that is fresh, cold or crisp — particularly in summer.

But the wine list is great and Kingi is an undeniably beautiful place to visit for a drink and a snack.

With two of our best restaurateurs in charge, I'm eager to see how much better it can get.