We’ve devoted precious little space in this column to the horror that is group dining, probably because it’s been so long since I’ve had to endure it. It seems to peak in your early 20s, when half of you are students and the other half first-time wage earners, and a dispute over how the bill is to be divided can start a blood feud lasting months.

As you all get older and pair up, dinners with a table of six or more tend to be mostly work outings, often paid for by somebody else so the bill becomes less of an issue. But it still isn’t any fun, because people arrive late, it takes hours to get any food and it’s almost impossible to break into a one-on-one conversation, adding unacceptable entertainment pressure to any comment you consider biffing into the group chat.

I won’t go into how I found myself with six others sitting at Satya in Mt Eden last Thursday, at 9.30pm, waiting for the server to offer us a drink — but I hope it never happens again. The food was good but the service was aggressively bad — the sort of reception you’d expect to get if you arrived, insulted the guy’s mother, kicked over a pot plant then sat down and lit a cigar.

It’s been so long since I’ve been scowled at and eye-rolled by a waiter, it almost made me nostalgic. Even when he was trying to work he couldn’t: at one point he told us to hurry up and order because the kitchen was closing. I reminded him that we had already ordered. We were the only table in the restaurant. I could give you another 500 words just on the service, but let’s for the moment do what I would have done if I’d been less hungry — leave this restaurant. Let’s instead visit the home of Swamy and Padmaja Akuthota, who own this and three other branches of Satya in the city and, if you ask anybody who matters, are Auckland food heroes.

For years the Satya brand has stood for a level of quality not often seen in local Indian cookery, and they’ll be devastated to hear that one of their restaurants is dropping the ball badly. To give you an idea of their commercial motives, each Christmas they open the restaurant up and serve free food to anybody who wants it. The city is better for having them in business.

So what to do about Mt Eden, where the staff can’t even be bothered putting music on to mask the awkward silences that occur after every interaction they have with a customer.

Because there were several of us, we ordered the royal banquet menu. We also ordered two bottles of wine but had to order them again when they didn’t show up. We called them back a third time to ask if we could have some glasses.

I won’t go too deeply into the contents of the royal banquet menu because on a subsequent fact-checking call I learned that the menu we were given hadn’t been in circulation for years. But I’ll stress that the food was actually really good.

With presumably little support from the floor, the kitchen is successfully turning out bowls of beautifully spiced curries that taste pleasingly different to each other, and have just enough chilli heat to keep you on your toes (the waiter didn’t bother asking us how hot we liked it, but the chef got it right). The fish was reassuringly fresh, and the vegetarian options in particular were very appealing. 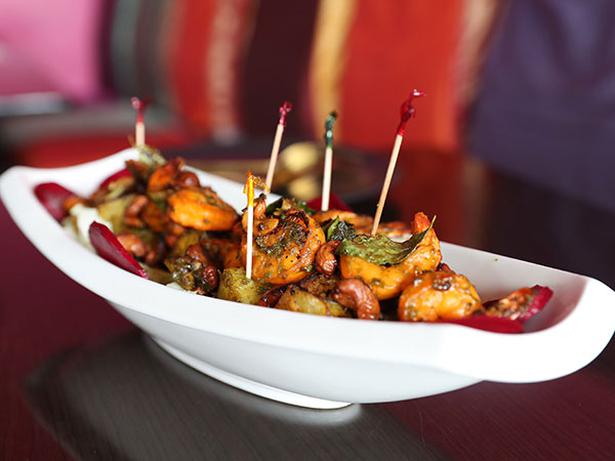 Squeezed on to two small tables in an empty restaurant, the eight of us quickly ran out of space with all this food, though nobody seemed keen on clearing the empties and when they arrived with something new they would look at us like “why is your table so small? Where am I going to put this?”.

A prawn dish was worth the additional supplement, the shellfish bright pink from the tandoor and spicy, with cashews filling out the palate with nutty roasted flavour. This might be heresy but I’m not so keen on Satya’s specialty, the dahi puri, a little cracker disc topped with pureed potato, yoghurt, chickpeas and tamarind chutney.

For me that chutney is so sugary there’s no balance, the whole thing is too rich and worst of all there’s a sulphurous eggy smell that pervades every bite.

Overall we ate well, which for my colleagues did something to erase the traumatic service memories. Not me though. I know how good Satya has been, and can be. Time for the boss to put a firm hand back on the wheel.