Hidden down Federal St, like a small indent in the mass of concrete, is the delightful tapas bar Bellota. When Peter Gordon set up Dine (now closed) and then Bellota, it was the beginning of SkyCity's strategy of collaborating with talented chefs to establish this block of Federal St as a dining destination. Dine has closed but this nook of a restaurant and bar, designed by architect Andrew Lister, is still going strong and well worth a visit.

Just this week saw the final touches being put on the redevelopment of the road itself, now cobbled and to be shared gracefully, I gather, between pedestrians and cars. When you go stroll down this stretch, make sure you look up, not at the glowering tower but at the canopy of twinkly lights and lush external ferns springing from the overhanging concrete. It's simply gorgeous.

I was going to Bellota because head chef Ernest Pietx, who hails from Barcelona, has a new menu and it oozes deliciousness. Split between a selection of cheese and freshly sliced jamon and chorizo imported from Spain, pintxos and tapas, the savoury options are abundant. Ordering tapas in Spain is made easy as they generally sit on the counter so you can gauge how many you'll need, but at Bellota it's a matter of flicking through the menu and guessing what you'll require to satisfy your hunger.

I get reckless and fire off a list that frightens my dining companion. I assure him I'll cope even if he doesn't. Sure enough...

The array of dishes that appears is intoxicating and we whirl through them with me declaring each one better than the last and rolling my eyes with every mouthful. Then I notice that it's me doing most of the eating. It turns out my dining pal is a bit fussy and, though I manage to convince him to try a few "peculiar combinations" (his words not mine), I can tell it's mostly lost on him. 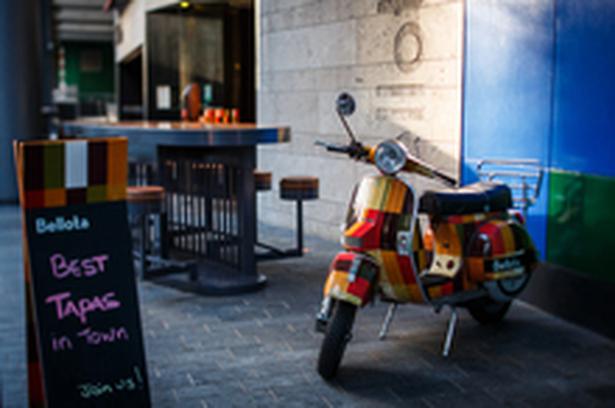 He adores the pintxos of steak and green peppers and is happy to claim the garlic and chilli prawns, though we noted they were completely devoid of any heat, leaving enough meat in the tails that I nearly asked if he'd mind if I had a second crack at them. I refrained, putting politeness first and greed second - there's a first time for everything.

The combination of pintxos that seemed irregular to him, but I swooned over, was a dreamy combination of melted valdeon cheese, pecans and honey and, with each creamy, crunchy mouthful, I sighed with happiness. The simplicity of combining gooey cheese, warmed with liquid honey and the dull thud of a nut is enough to capture my imagination on any given evening.

A plate of warm ham and chicken croquetas are salty and delicious, made with creamy bechamel as they should be and though each is a little pale and thin it's hard to bear resentment when you're looking at a mere $10 price tag for five of them. To make them from scratch requires a number of processes and patience.

Two glistening lamb ribs are draped in a sauce of honey and cubes of tart apple. They're fatty, perhaps a little too greasy, but the meat slips from the bones, and who can resist that crispy skin? Sweet piquillo peppers are stuffed with fish and prawns and swim in a wonderfully bossy capsicum sauce. 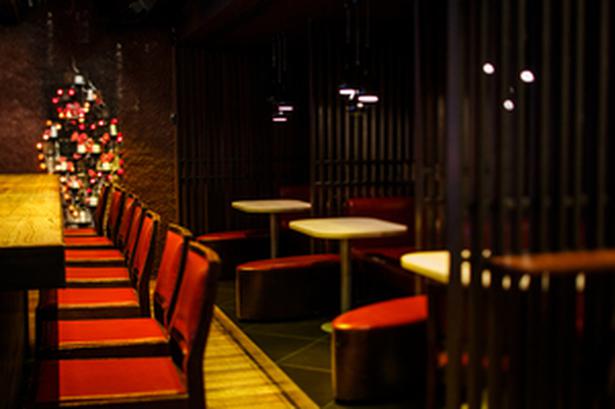 Our final dish of octopus cooked to tender best and piled on top of soft slices of potatoes, the whole lot spiked with paprika and a decent lick of olive oil reminds me how much the Spanish love their pulpo and how good these tasty morsels are when done well.

At the dulce tasting plate, my dining companion's eyes lit up. Though the orange-scented crema Catalana was underdone and drippy, the churros were perfect and serving them with one of the lightest dulce de leche I've tasted, made them even grander. The small square of moist almond tart was made magical by the thick yoghurt and white chocolate cream it's served with, and wading my spoon through it I pledge to make my mornings better by including white chocolate with my yoghurt from now on.

Bellota strikes me as being more glamorous than clamorous, shrouded not crowded and it really is so very likeable. It's definitely still worth a look and is turning out some of the best small plates in town.