Augustus
Cuisine: French
Viva eating out editor Jesse Mulligan said: "I’d heard the word “bistro” thrown around a bit but I hadn’t realised how French Augustus would actually be, the menu sprinkled with classical cooking terms like remoulade, meuniere and tarte tatin. As such, it’s in really clear space — more sophisticated than the tiny French-themed places in the city, more traditional than, say, The French Cafe. It suddenly seemed like the restaurant we didn’t know we needed until it arrived."
1-3 St Marys Rd, Ponsonby

Saan
Cuisine: Thai
Jesse said: "Saan is a really first rate eatery serving probably the best Thai food in the city, and I’m predicting many happy nights here." The Northern Thai restaurant is openings its doors especially for lunch on May 14 and all mums will enjoy a free cocktail with their meal.
160 Ponsonby Rd, Ponsonby 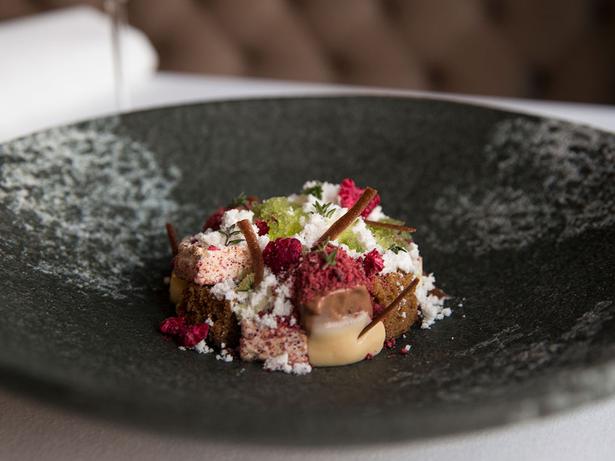 Sidart
Cuisine: Modern Fine Dining
Sidart has had a renovation since Jesse visited, but he said this of the food in his last review:  "... We are all of us lucky to be alive right now in a city which is home to a chef operating at this level. The food is #nofilter beautiful, but to call it “art on a plate”, as many have, is to undersell it. Each dish may look like a fine painting but it’s a painting you can lick, a painting you can make out with. You should upload these food photos not to Instagram, but to Tinder."
Three Lamps Plaza, Ponsonby

Cocoro
Cuisine: Modern Japanese
Jesse visited Cocoro for Viva's 2017 Luxury issue and said: "The menu is overwhelming, in a good way. You can choose from a tasting menu, the traditional a la carte, and then there is a page of daily specialities which looks easily as good as either of the others."
56A Brown St, Ponsonby 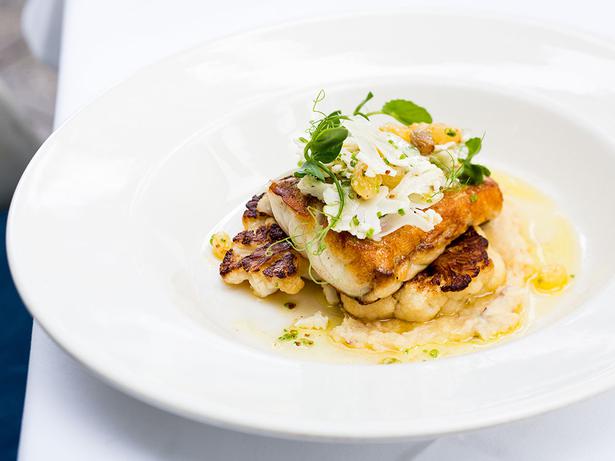 Soul Bar & Bistro
Cuisine: Seafood
Jesse said: "The salt and pepper squid has ... reached hall-of-fame status and will thus always be on, and — crunchy, salty, pre-tenderised with kiwifruit — it’s as good an example of that dish as you’ll find anywhere."
Viaduct Harbour

The Blue Breeze Inn
Cuisine: Modern Pacific Chinese
Jesse said: "Mark Wallbank owns this place, Moochowchow and Woodpecker Hill, and they are all like this — massively fun, hard to fault, and just so incredibly good for Auckland. Each of these restaurants has at some stage been the city’s hot new thing, but what a tribute to Mark that a random midweek visit years down the track was still just as exciting as opening night."
146 Ponsonby Rd, Ponsonby 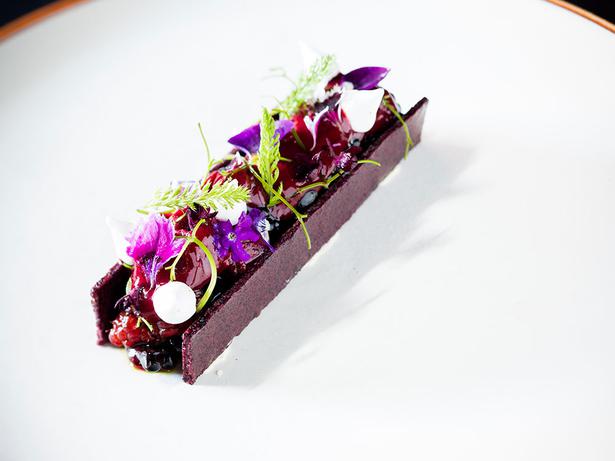 The beetroot and blackberry dessert at Clooney. Picture / Babiche Martens

Clooney
Cuisine: Modern
Jesse said: "Of all this city’s restaurants, Clooney is the one to save up for. A handful of Auckland establishments offer flawless food served by pleasant people, but Clooney is the only room that makes you gasp when you walk in."
33 Sale St, Freemans Bay 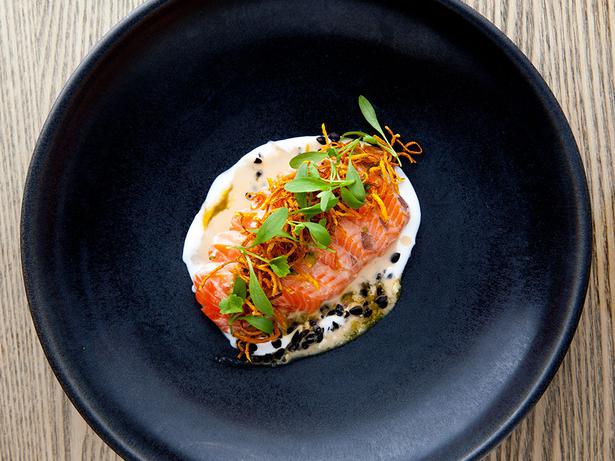 Azabu
Cuisine: Modern Japanese
Jesse said: "You should linger for a while on the dumpling and bun section of the menu that is a restaurant highlight, despite no obvious connection to Japanese or Peruvian food as far as I could see. The buns are those soft pillowy sort you get at dim sum, though they’re made flat and folded like a taco here. Our first one was filled with crunchy, sticky, sweet, pieces of braised pork cheek and fresh cucumber dressed with tamarind, then the manager insisted we try the chicken katsu, which was ridiculous too — the chicken pieces spun with that crunchy wispy tempura and spiced with Japanese mustard."
26 Ponsonby Rd, Ponsonby