Shell out at Euro with a new three-course lunch menu that celebrates scallop season. Photo / Supplied The Art of Wine at Shed 10
Shed 10 is set to get a little fancy next month with the return of The Art of Wine. The wine showcase, previously held at Pah Homestead, brings together more than 40 artisanal producers pouring more than 100 of their top tipples under one roof. There’s also a selection of art from top New Zealand artists hanging in the background to make your glass all the more enjoyable. Tickets start at $45 per person which grants you access to all wines available at the event, and no token system. This is split across two sessions from 12.30pm to 3.30pm and 4.30pm to 9pm. There’s also wine workshops hosted by esteemed winemakers including Hans Herzog, Rock Ferry and Vinteloper to name a few. Monday October 14. Queen's Wharf. For tickets, visit Greatlittlevineyards.com

Campo Viejo X Longroom Takeover
If you fancy a round of Spanish wine — and a bout of art — don’t miss nabbing a table at The Longroom in Ponsonby this month. The award-winning Spanish winery, Campo Viejo (one of the best-known names in Rioja) is taking over for September with its event Live Uncorked, complete with a Spanish menu with matching wine, and a series of colourful events. There's also a mural painted by international street artist 3TTTman in his signature style (his work in Morocco is pictured above) for a touch of Spanish streetside while you sip and snack. For the final three nights book in for an interactive wine tasting that uses lights to enhance the enjoyment of two Campo Veijo wines. The twice-nightly ColourLab sessions are at 6.30pm & 7.30pm from September 26-28. Tickets $20. Longroom.co.nz 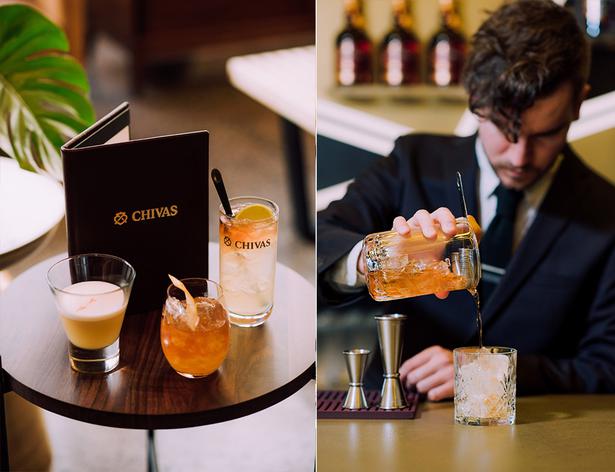 After selling out last year, The Chivas Club pop-up is back for another round of whisky and fun. Photo / Supplied

Scallop Menu at Euro
Shell out at Euro with a new three-course lunch menu that celebrates scallop season. Take your pick from six dishes created by Executive Chef Gareth Stewart that include scallop ceviche, squid ink scallop tortellini, scallop gnocchi, and a decadent scallop slider topped with siracha mayo. From $30 and available 12pm-4pm until Monday September 30. Book at Eurobar.co.nz Oyster Festival Matakana
Slurp down as many oysters as you can possibly fit at the Oyster Festival Matakana next month. Now in its third year, the event kicks off the local oyster season and will be hosted at a new seaside venue at The Farmer’s Daughter in Omaha. Find oysters aplenty to eat, oyster demos, an oyster shucking competition, alongside food and wine vendors, and all-day entertainment. Sunday October 6, 10am-5pm. The Farmer’s Daughter Omaha, 329 Omaha Flats Rd, Point Wells. Tickets at Iticket.co.nz 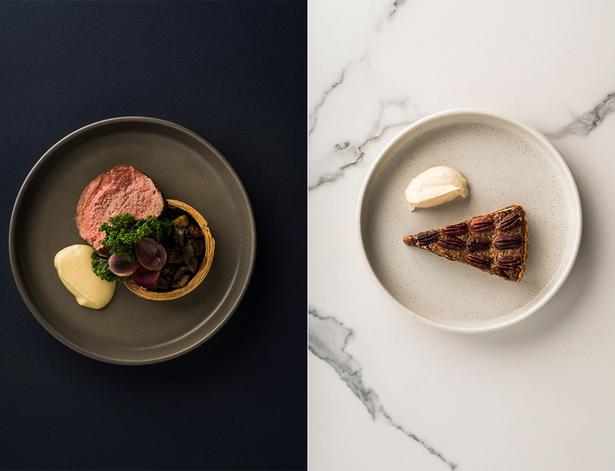 After six years strong, Ostro is changing the menu for the first time. Photo / Supplied

Five Boroughs Pop-up
Take burger satisfaction to the next level with Wellington’s Five Boroughs pop-up at Ante Social (next to Ponsonby Social Club) until the end of September. Their cheeseburgers (along with most things on the menu: buffalo wings, "crack" fries, and mac ’n’ cheese) are legendary. Wednesday-Saturday, from 5pm. 152 Ponsonby Rd, Ponsonby. Follow @fivebouroughsnz for full details and menu updates

Lola
Best to arrive hungry to this new colourful addition to Mt Wellington. Lola, from the owner of Flour Mill, dishes up American-inspired classics such as chilli cheese dogs with fries, fried chicken, and an afghan cookie skillet for dessert. The colourful interior designed by CTRL Space is just as fun and features pastel walls and neon lighting. 517 Ellerslie - Panmure Hwy, Mt Wellington 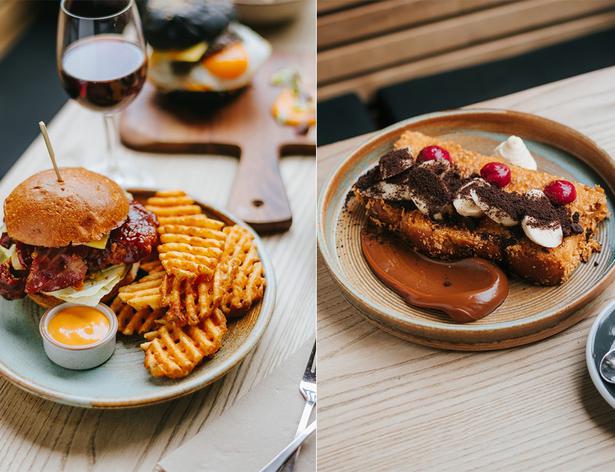 Mortar & Pestle
In what was previously Bedford Soda & Liquor in Takapuna is new brunch spot Mortar & Pestle. The eatery, open late Wednesday-Saturday, is also leaning heavy on hearty Americana dishes with a fried chicken burger and waffle fries and mac and cheese stuffed croissant, and more on the menu. 21 Hurstmere rd, Takapuna

Bar Celeste
We can't wait for a regular fix of La Peche with the news of the pop-up's move to a permanent location. Their new home, Celeste, in the old Revel Cafe site on Karangahape Rd, is due to open in September. No doubt owners Emma Ogilvie and Nick Landsman will dish up their usual heavenly French fare — fingers crossed the filet o’ fish burger will make an appearance. Follow @bar—celeste for updates.