The Ginaissance: How Gin Went From Old-Fashioned To On-Trend Order gin at a bar these days and you’re not resigned to just a G&T with a squirt of lime. Instagrammable pink, blue and purple gin cocktails are now commonplace, savoury herb-infused gins are gaining favour, and you can even get high on a gin made from botanicals that have been blasted almost into space (Moonshot, if you’re asking).

READ: Where To Find The Most Glorious Gin Cocktails Around Auckland

Events are now dedicated to gin, such as Gindulgence (Wellington and Christchurch) and Gincredible (Tauranga), which celebrate the diversity of the spirit with an attitude that is more artisanal than boozy. Today is World Gin Day, and luxury Bay of Islands resort Kauri Cliffs is hosting A Celebration of Gin, a weekend retreat showcasing premium boutique brands. New Zealand-raised Scottish novelist Kirsty Gunn has recognised the craze, plying the main characters in her latest book Caroline’s Bikini with gin and tonics in West London pubs.

“The gin industry has completely changed since when we started,” says Mark Neal, co-founder of local gin company Scapegrace with his brother-in-law Daniel McLaughlin and Richard Bourke. 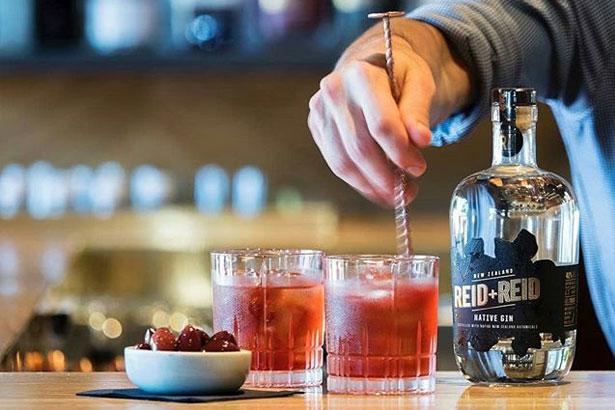 “If you’d asked someone five years ago, ‘Do you like gin?’ They might have said, ‘No, I had a bad experience when I was 15’. Or ‘I don’t like tonic’. Now there are hundreds of ways to enjoy gin. Being at the bottom of the Earth, we are just slower to see these trends.”

When their premium Gold gin was last year named the best dry gin in the world at the prestigious International Wine and Spirits competition in London, it tipped the “absolute nightmare” they’d endured in the other direction.

Formerly trading as Rogue Society, the brand had quickly become New Zealand’s top selling premium gin, cracked Australia, and was establishing itself in the European market. Then an American brewing company with a beer called Rogue — a brand also trademarked in Asia and Canada — sent in their lawyers.

The trademark scuffle meant coming up with a new name (Scapegrace is an 18th-century word for rogue) and completely rethinking their export strategy, culminating in a campaign that celebrated other famously changed names: Marilyn Monroe, Elton John, Mohammed Ali. Sales in New Zealand immediately rocketed. Then once they had won the top award, “doors we’d been knocking on started to open. There were a lot of inbound inquiries. It turned out to be a real boost.” 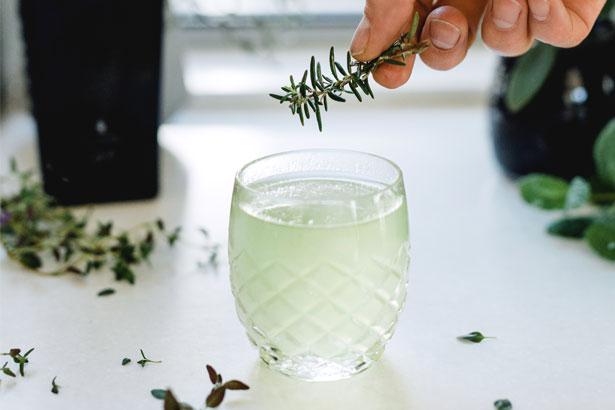 They’re now trading in 35 countries including the US, where gin is particularly popular in California. Like many local boutique companies new to the gin scene, (compared with the likes of Gordon’s, who’ve been making gin for more than two centuries), they’re also moving into Asia, where gin is catching on in a big way.

Scapegrace was certainly ahead of the curve when it started seven years ago. The global “gin-aissance” that had been brewing since 2009 had yet to hit here, but their foresight, combined with a tendency to stay up late drinking gin at the end of family gatherings, had piqued their interest.

“That was the catalyst — it was definitely about passion, rather than just selling,” says Mark. “When you look at New Zealand producers, we have this amazing product, whether it’s dairy, fruit, wine. But there was no gin out there that represented New Zealand. That got us excited. The more we looked into it, we realised gin is pretty hot in other markets.”

Since then, up to 50 local gin-makers have gone to market, making the spirit one of our most rapidly expanding industries. Keeping up with the trend are local tonic companies East Imperial and Quina Fina, both internationally successful. 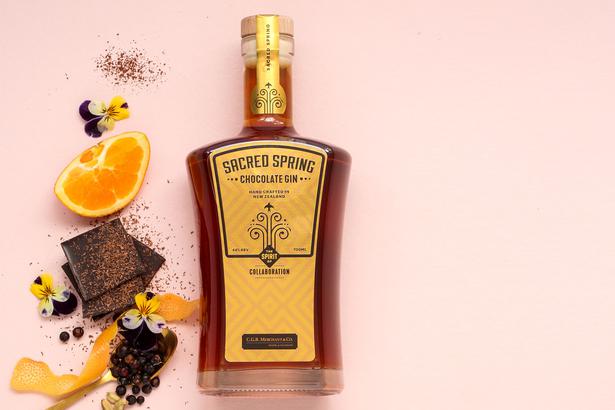 Although all spirits are experiencing a surge in popularity, gin has a more complex flavour profile than vodka and, unlike whisky, you don’t have to sit around waiting for it to develop for years before reaping the financial rewards, something Scottish whisky distillers who now produce gin are cottoning on to. It’s even being made by winemakers. When I catch up with Chris Reid of boutique gin brand Reid + Reid, he’s busy pruning in the vineyard.

The company he founded with his brother, Stew, has just settled on a property in Martinborough where they hope their new distillery will give visitors more of an understanding of how their Native Gin is made, and the uniquely New Zealand botanicals — kawakawa, manuka, horopito — that go into it.

“When we started, what I didn’t like about the spirits industry was that it didn’t seem personable,” he says. “With craft beer and wineries, the consumer feels a connection to the product, but it’s not seen so much with spirits companies.” 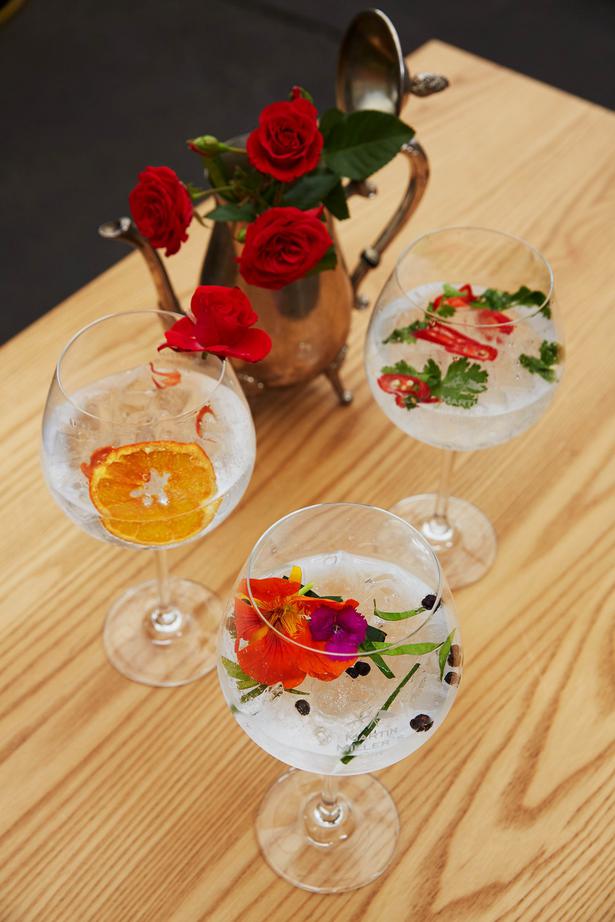 For a country ga-ga about beer and wine, our newfound appreciation for gin is quite the pivot. But it’s exactly why gin is so big. Like beer, gin is having its craft moment. Consumers are casting off its fusty reputation — hell, it’s nostalgic, not old-fashioned — and embracing its wide-ranging flavour potential and provenance. While we might not be pouring G&Ts with our Sunday roasts just yet, the spirit is increasingly used as a food match, or being discussed in terms of its terroir, the regional specialities and environmental factors that give it a point of difference.

“Gin has a lot of the same qualities of craft beer,” adds Ben Bonoma of Dancing Sands, a Takaka-based gin company that has also endured their share of trademark drama. From July they’ll rebrand from Sacred Spring, which a British gin brand deemed a little too close to their name. American Ben and his British wife Sarah were working corporate jobs here and recognised the value of New Zealand-made products before launching their business three years ago. As well as their classic dry style, they also produce gins flavoured with wasabi, saffron and chocolate.

“Just about every time I jump on social media I see a new gin brand launching in New Zealand,” says Ben. “It’s not a bad thing at all, it’s actually fantastic. There are a huge number of varieties, flavours and nuances which leads to this world of discovery. There’s a gin out there for everyone. Even if you say ‘I don’t like gin’. 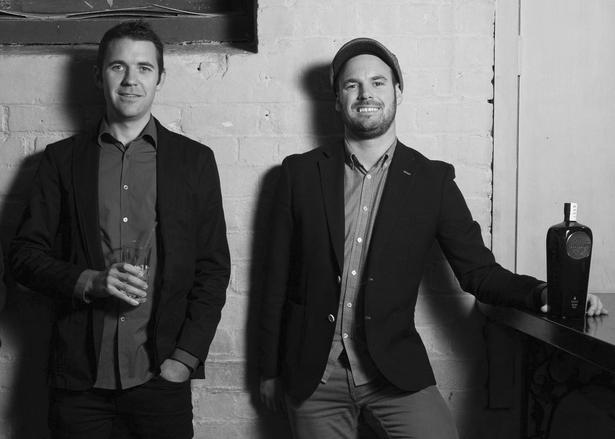 “I think that’s what’s great about gin as a category. It has to have juniper berries and it has to be [at least] 37 per cent alcohol. Other than that, there are very few things that govern what makes gin a gin. It allows for a huge amount of creativity and personal expression.”

Mikey Ball, a top New Zealand bartender and bar consultant, who had the top job at London’s Dandelyan (named World’s Best Cocktail Bar in 2017), agrees you can’t beat gin when it comes to experimenting with flavour. You can have your conventional G&T with the same brand your parents drink. Or you can spice things up by pairing your favourite gin with complementary flavours, something he plans to do when he hosts the Kauri Cliffs gin event. Head chef Barry Firth has created a five-course tasting menu to showcase specific ingredients in each gin cocktail.

“The coolest thing from my side as a bartender,” Mikey says, “is that with all these new gins on the market, there are crazy botanicals you can play with.” 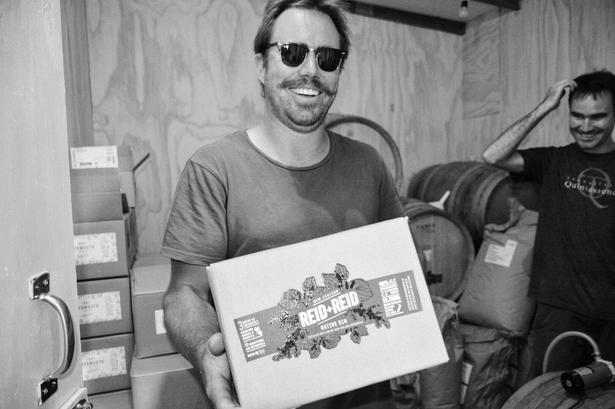 That could include anything from the more traditional botanicals, such as citrus, orris root, angelica, to lavender, coriander or even seaweed.

He’s still whipping up the classics — martinis, gimlets, negronis — and experimenting with the gins rather than what he adds to them. “Instead of using bitters now, I look at gins with heavier botanical counts.”

So, are we all headed for rack and “mother’s ruin”? When the gin craze first hit London in the 18th century, gin was blamed for causing widespread alcoholism, the average punter necking between one and two pints of gin a week, sans tonic. Today however, the opposite appears true. It seems incongruous but the resurgence in gin’s popularity is in part down to the wellness movement.

READ: Where To Find: Oysters & Champagne In Auckland

“Younger people are tending to drink less,” says Chris Reid of Reid + Reid. “Because of that, they’re more willing to spend more and have something unique.”

Scapegrace agrees that whereas they’ve pitched their brand to top bars around the world to showcase the drink in its best possible light, consumers are increasingly experimenting in their own living rooms, as interest in mixology continues to peak.

Whether the gin bubble will eventually burst remains to be seen but if the British gin scene is anything to go by, drinks analysts expect the category to grow by more than 37 per cent by 2021.

As a result, we can look forward to seeing and tasting more innovative approaches to gin, as producers continue to look for ways to stand out. (It might seem gimmicky but one gin includes a whole Christmas cake as one of its ingredients.)

“In New Zealand, we’re just touching the surface,” says Mark. “There’s still a lot of room to grow.” Sounds like just the tonic.

What You Need To Know About Sake