Restaurant Review: Inca Ponsonby Is One Of The Most Exciting New Places To Eat In Auckland

At Nic Watt's newest restaurant, Peruvian and Japanese fare marry sublimely in the hands of a master My plan to eat outdoors only during the surge ran into some trouble this week, when I discovered that summer doesn’t last all year and that in fact, sometime in late March, Auckland gets very chilly after sunset.

“Can we sit outside?” I asked the maitre d’ at Inca when I arrived.

“Um … sure,” she replied, looking uncertainly through the window as a man of slight build went tumbling past in the wind. She led me to a table under a heater and got me a blanket and I stuck to my plan for about four minutes before the sight of a happy, warm dining room became too compelling, and I relocated to a table indoors, much to the amusement of the people eating inside who’d been watching the whole thing unfold.

The wait staff were far too polite to tease me about it and focused instead on fixing me a nice cocktail while my body returned to normothermia.

The pisco sour is a house special though the surprise inclusion of amaretto threw my taste buds somewhat — marzipan is not for me, but lots of normal people love it, so just make sure you know what you’re getting before you order. 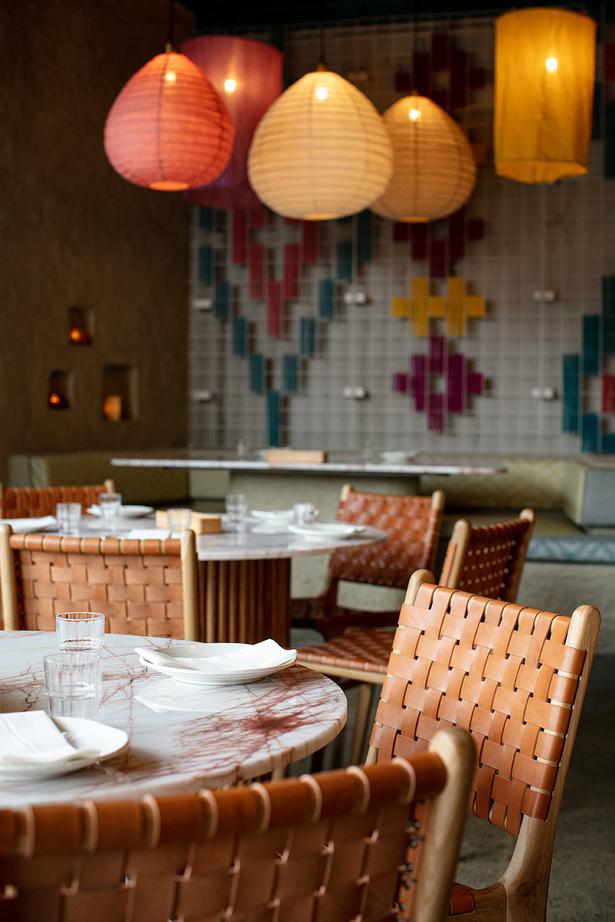 "It’s a long and lovely menu of Japanese-Peruvian delights, and part of the fun is seeing how those two cuisines marry up in the hands of a master," says Jesse Mulligan. Photo / Babiche Martens

It’s a long and lovely menu of Japanese-Peruvian delights, and part of the fun is seeing how those two cuisines marry up in the hands of a master.

Fresh fish is the common theme and, whatever you order, you should make sure it includes the sashimi, which (as you might know from his other restaurant Masu) is something owner Nic Watt takes very, very seriously.

I was eating with my friend Ben and as we both eat everything (well, almost — he’s allergic to avocado, which must help with the mortgage applications if not the social life) I asked for the feast option.

It’s funny that if they’d called this a “tasting menu” I would have screwed up my nose but “feast” sounds much more easy-going and fun; as it was, I ended up later with the classic degustation problem of being full, exhausted and dreading the arrival of dessert, but at least we saved a bit of time at the start of the evening not having to pick from a menu where everything looks incredible.

If the ambience at Inca Newmarket sometimes suffers from being inside a (albeit well-disguised) shopping mall, Inca Ponsonby feels much more like a standalone restaurant, with beautiful decor, loads of room and some nice theatre in the way they do food and service.

After a guacamole assembled at the table (to avoid anaphylaxis Ben opted not to share this and instead ate a spicy kingfish tiradito that the chef made just for him) they brought out a giant platter of cold delights — that sashimi, yes, but also two bowls of ceviche, one whose flavours were tilted toward South America while another was more Asia-Pacific.

We ate beautiful cubes of coconut and citrus-cured trevally on triangular corn chips and felt like conquistadors (apologies if I have my Peruvian history in the wrong order here, it’s eminently possible the Spanish arrived well before ceviche did). 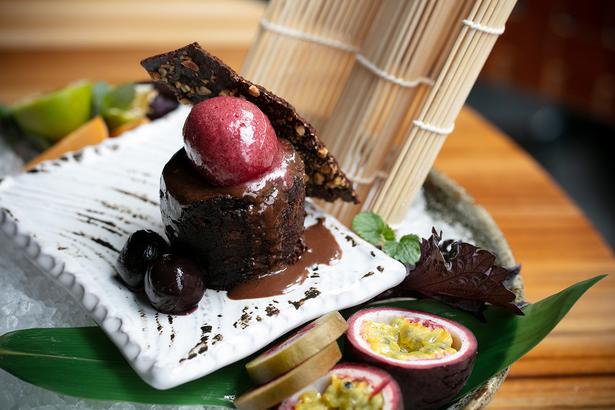 If all that food sounds pretty familiar, I’m sure you won’t have ever come across a kimchi rock melon before. The star of that entree platter, it was deep orange like a piece of roast pumpkin, but had the bright sweet-sharp flavours of fruit, chilli and lactic acid — the melon’s crisp texture preserved by the fermentation. It’s a stunning dish you must experience, and is the sort of thing only a top-level chef would attempt.

There’s a lovely challenge to that kimchi but most of the food is very user-friendly — pot sticker dumplings with black vinegar dipping sauce and a surprise chorizo filling were one indulgent favourite, I just loved the tempura prawn taco, while the dry-aged beef short rib glazed with chilli miso which closes out the savoury courses tastes as wonderful as I’ve ever experienced that cut of meat.

I said I was dreading dessert but luckily Ben, in his first week of cold turkey nicotine withdrawal, was well up for a serotonin hit. When they ferried out a big plate laden with multiple sweet treats, his eyes lit up like they’d just brought him a carton of Rothmans, and together we plunged into that beautiful final course, moving from fondant to churro bun to sorbet to fresh fruit and back to fondant again, eventually collapsing back into our seats, the maitre d’ hovering nearby and wondering if she should bring out the blankets again.

Brand new, this restaurant has immediately become one of the most exciting places in the city to eat. There were groups of all ages and sizes here (at least three birthdays were celebrated around us) so if you’re looking for somewhere to become reacquainted with your friends and family, put Inca Ponsonby at the top of your list.