What’s an Australian doing making gin off the grid in New Zealand? Andi Ross tells Rebecca Barry Hill how her eternal love for Great Barrier Island inspired her to start a business

Occasionally, the chickens come. Someone’s pet rooster too, waddling around the distillery, lured by the smell of juniper berries. Sometimes, however, the boat doesn’t, dashing hopes to bring things in, or take things off, the island. Then there are the ongoing logistics of running a business off the grid. Not that any of these things put off Andi Ross from basing her gin brand on Great Barrier Island, where there’s no mains power or water supply.

READ: How Gin Went From Old-Fashioned To On-Trend

The former advertising art director says she’s always been the type to embrace a challenge. For the past three years, the Australian ginmaker has steadily built her distillery and created a brand distinctive to her second home, not to mention creating the infrastructure to support the copper distiller she put together herself, as well as actually making the stuff.

“I like juggling,” she says, on the phone from the distillery in Kaitoke, where she’s busy bottling, using a solar-powered machine. “I’ve learned all sorts of weird things. I never knew what a steel wire cable was before. And crazy things like, ‘Don’t kill any ants in the distillery or they’ll all come’. You have to take them outside.” 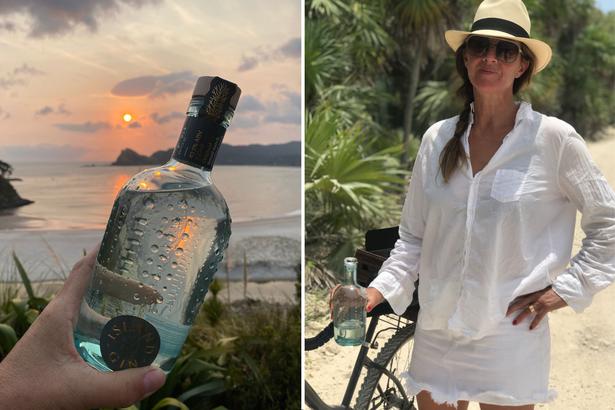 Trading as Madame Distiller, the name her Barrier mates gave her when she first started tinkering around with gin and tonics at happy hour, Island Gin is quietly taking off, its manuka, bush honey and citrus-infused profile designed to represent Great Barrier. The craft product has proved a hit on the island; now online sales from further afield are keeping busy this passionate ginmaker and her husband, Jason, who often steps in to help.

Part of the gin’s charm is its sea-coloured vessel. Rather than importing a generic bottle from Europe, a decision that didn’t mesh with Andi’s eco-friendly ethos, she worked with local glass manufacturer O-I New Zealand and friend Tanja Ledwich. Together they came with a dimpled, kina-inspired design made from recycled glass that Andi hopes will encourage customers to retain and re-use, perhaps as a vase or for olive oil. Customers can also return the bottle so her Barrier neighbour, glass artist Ruth Allen, can transform it into a cocktail carafe.

“We don’t want to bring anything on to the island where it will be thrown away,” says Andi. “There’s no point in another brand coming into the world producing disposable goods. All the bottles on the island have to get off the island, so it was important to me there is a closed loop of sustainability. It makes sense to highlight that ethos to keep the island as pristine as possible. The local community do a lot to sustain its purity.”

Meanwhile, the labels from One Design are applied by hand; the other day her parents helped to apply them while staying for a visit to launch the gin.

“It’s all done by eye. So you might get a tiny little off-centre label,” she laughs. “I’ll blame Dad.”

Not surprisingly, the idea for Island Gin came about over a few G&Ts. Andi, Jason and their two daughters have quite the love affair with the Barrier, having spent almost every weekend in the past 20 years holidaying there. Both Andi and Jason were working as art directors, first in Melbourne, then a short stint in Singapore, when Jason got a job in Auckland. In their early days in the city, Andi spotted a tiny ad in the paper, advertising a bach for sale.

“I didn’t even know where the Barrier was, what a bach was. But we’d been looking for a while for somewhere the family could decamp. We flew over and I remember thinking, ‘Oh my God, that beach [Medlands, on the east coast], it’s just magical’. Coming in on a little plane I saw this little bach. I didn’t know anyone here or anything about the island. But at the time my best friend was passing away and I just thought, carpe diem.” The bach was just 40sq m and one of the oldest on the beach, powered by two solar panels and a 12-volt battery. “Jason was working mad hours and travelling a lot, so from a family point of view the Barrier was the glue that held us together. It was the place we could really find sanctuary.”

Not even the end of the weekends could keep them away. They’d dress the girls in their school uniforms on Monday mornings and take the first flight home to Auckland. Andi also has fond recollections of a tradition she still enjoys, whereby she and her neighbours would make beach cabanas out of palm fronds and whatever other natural materials they could find.

The competitive spirit to build the best hut extended to cocktail-making, leading to creative sessions in the bach kitchen to make the best gin and tonic, mixing lemon juice from a secret lemon grove Andi had found by the estuary with honey from the island.

READ: Why Gin Is So Popular On The Rugged Scotland Island Known For Its Whisky

Things got a little more serious when she bought a small alembic copper pot from Waiheke and set it up at the bach. She threw herself into the learning process, visiting other distilleries on Waiheke, Melbourne and Tasmania, befriending the growing number of female ginmakers (including members of the Women’s Distilling Association in Australia), and later, finding a mentor in brand strategist and executive coach Sandy Burgham (formerly Max Fashions’ marketing director).

It helped that around 2012, the European gin resurgence had made its way to Australia, and boutique brands were popping up everywhere. New Zealand has seen a similar explosion with more than 50 distillers currently operating, each gin finding its own niche based on terroir much like wine or craft beer.

Armed with her new recipe and advertising clout, it didn’t take long for Andi to conceptualise Island Gin using organic Macedonian juniper and botanicals sourced from the island, and shooting the marketing imagery to reflect her hazy summers at the beach. She gave bottles from her first run to The Rocks Bottle Store in Claris to trial. In Christmas 2017 they sold out.

“That gave me the courage to jump off the cliff.”

She now spends up to eight months of the year largely on her own, living at the bach she and her husband Jason had architecturally renovated, while she distils her gin. The property now has a folly overlooking wetlands, and can be rented on Airbnb. Andi’s 15-minute daily commute features sweeping views of Medlands and cows rather than traffic lights, a lifestyle that seems worlds away from her fast-paced career in advertising. 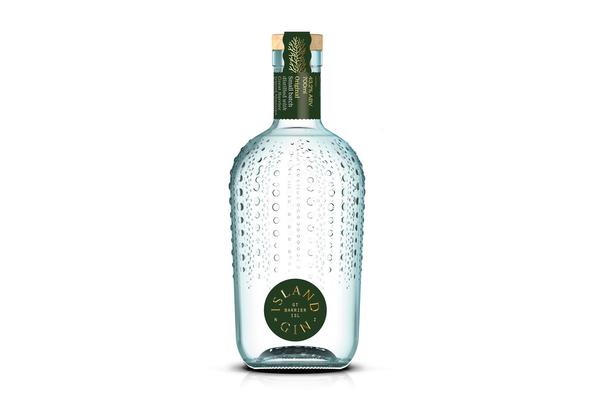 Island Gin is stocked in bars in San Francisco and Melbourne. Photo / Supplied

Whereas she doesn’t miss the stress of working until midnight on pitches, she’s “replaced” the creativity of her former job with distilling. Her former life has also given her the know-how to tackle the marketing side of the business.

“There are a lot of moving parts and advertising is another dark art that some don’t have access to or they have to pay for it. Jason is well versed in this area so together we wrangle that side of things.”

Although Island Gin is still a boutique product, with limited runs of 120-150 a day, online sales have kept her busy, and she’s stocked in bars in San Francisco and Melbourne. Now the focus is on scaling up. Andi says she’d one day love to employ locals to help in the distillery to give back to the community that she says has been nothing but supportive.

She’s also working on creating a limited edition Black Label featuring tangelo and grapefruit blossoms — and she’s getting crafty with her gin cocktails, using the island’s history to inspire her drinks. Her navy-strength gin has 57 per cent “bite” in reference to the island’s notorious Shark Alley; she’s also developed a New Year's Eve martini called Eight Minutes to Midnight, inspired by the SS Wairarapa shipwreck that happened eight minutes past the hour on the northeastern side of the island.

“Mixology is really interesting, you can really push the boundaries with some very inventive concoctions in your cocktails,” Andi says. “I find that fascinating — the alchemy, the chemistry. The creativity is endless and that’s what interests me. And I’m always learning something new.”