Josh Emett’s new home kitchen is — as you might expect from a world-class chef — absolutely heavenly. What you might not expect from the immaculately presented, detail-focused owner of Ostro, Rata and the Madam Woo chain (and regular MasterChef judge), is that, like the rest of the home, it’s also down-to-earth, even a bit rugged, and full of well-loved books and family keepsakes.

The kitchen is the centrepiece of a nearly complete eight-month home renovation of their two-storey former shophouse, although Josh says most of the art and mementos that he and his British wife, Helen Cranage, have collected on their travels are still sitting in boxes awaiting a Marie Kondo-esque purge.

“We have all sorts of decorative stuff … some we love and some we hate,” he admits. “Some of our things are both worthless and precious. I’ve got some old Maori adzes that we found on our farm growing up, and lots of interesting stuff like that.”

A few favourite items are already on display on the elm wood shelving that runs along the south wall of the new open-plan kitchen and living space.

Copper pots, trailing plants, and a well-polished coffee machine sit alongside books about cabin architecture, cookery tomes by Robuchon, Ottolenghi and Blanc, and even a hefty dissertation on intellectual property rights with an author name that suggests there’s more than one accomplished Emett in the family. 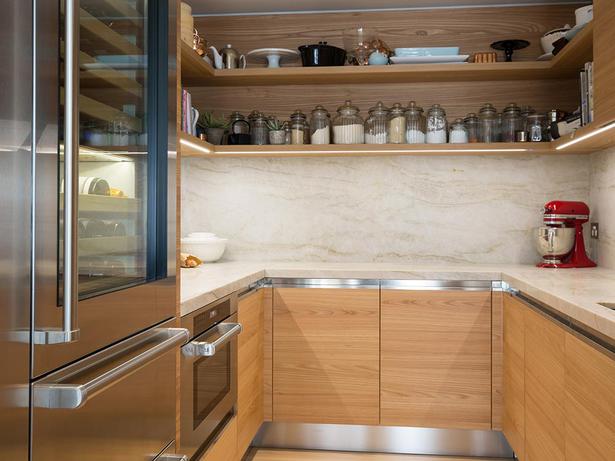 Tucked around the corner in the scullery, there’s a family calendar that features a surprisingly approachable weekly meal plan (fish pie, risotto, beef stew, bolognaise and Japanese pancakes) alongside a collection of everyday cookbooks by the likes of Jamie Oliver, Nigella, Ripe Kitchen and Diana Henry.

Clearly this is a kitchen that works hard to play a double role — practical family space for the couple, their two boys, au pair and dog, and showpiece kitchen for a star chef.

The kitchen itself is nothing less than spectacular. Designed with photoshoots and filming in mind, it’s an expansive space in natural, beachy tones, with a monumental stone-topped island at the centre. Sunlight pours in from the north-facing wall of ranchsliders, warming the space, although floor-to-ceiling floaty white curtains can be pulled across to soften the light for shooting.

Most home kitchens have the cook-top surface against a wall, but here, it’s built into the kitchen island. “We wanted cooking in the centre, so you’ve got all the right angles to shoot from, and we definitely didn’t want any drop-down extraction or pendant lights in the way,” says Josh. 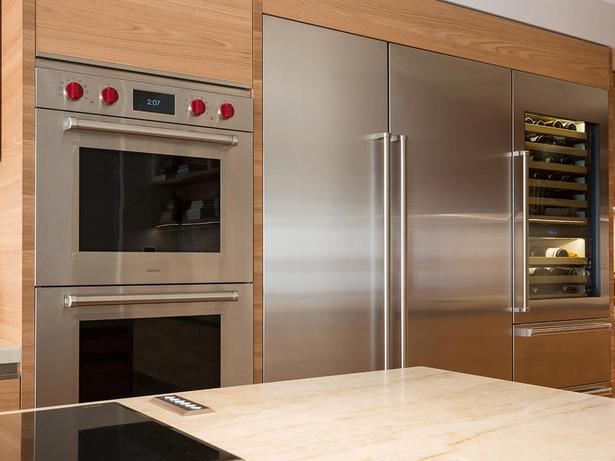 The solution was an extraction unit concealed within the bench top, which rises at the press of a button, and a combination of brass-lined recessed spotlights and a minimalist track of adjustable directional lights sourced from ECC.

The kitchen was designed as a collaborative effort between Josh and Helen, interior architect Penny Hay, and the design team at Matisse Kitchens, led by Laura Ellis. “If you look at life the way I do, food comes first,” says Josh. “So much of what I do is about food that when we were renovating the house, of course it was about the kitchen. We wanted it to be really incredible.”

Having met design emporium Matisse’s owners, Alan and Jeanne Bertenshaw, at a number of events over the years, Josh went to them first to talk through the possibilities. Once he’d seen the Arclinea Convivium kitchen system by Italian architect and furniture designer Antonio Citterio, “that was it — the decision was made”.

Josh obviously has considerable experience in setting up commercial kitchens, but creating a kitchen that paired commercial flexibility with home comfort took a different kind of detailing. “I know, sort of, where I want everything to go and how I want it laid out,” he says. 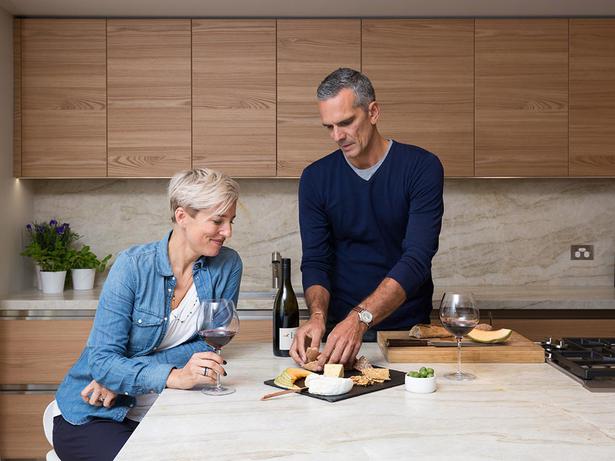 “[Matisse] knew about sizing, shapes, what you could and couldn’t do, how to work around cost management. If you start tailoring every drawer to a different size, the cost becomes astronomical.”

Josh and Helen’s wishlist was challenging but not outrageous — two dishwashers, a huge double fridge (described by Laura Ellis as “a beast”) and Sub-Zero wine fridge, a scullery to keep mess out of sight, a drying cupboard, and a capacious Wolf double oven. “We put a lot of thought in which way doors open, and how they open, because it makes such a difference to the flow,” says Josh.

READ: Kitchen Tips That Will Change How You Eat

“You have to think about where the dishwashers open, so that it’s not in a traffic path for another area. And we wanted to make it so we don’t have to work too hard to make sure it’s clean. I think we got that right.”

Helen says she’s most pleased with the scullery, where she keeps glass jars full of flours, seeds and baking ingredients, and displays the weightier kitchen gadgets that she uses regularly.

“It’s really practical. Otherwise you can feel like, ‘Oh, I’m not going to cook that recipe if I have to carry that big piece of equipment out.’” 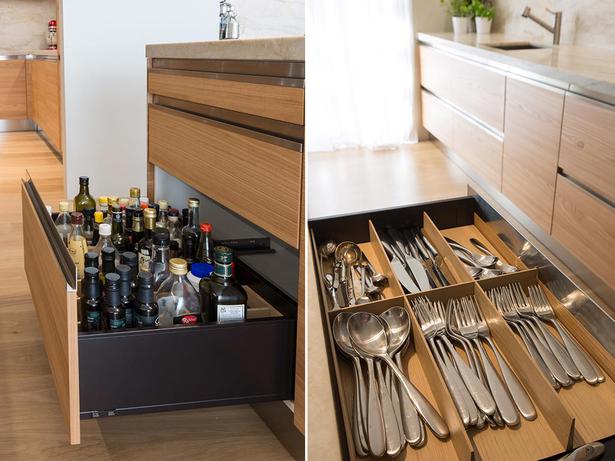 The most striking visual element of the kitchen is undoubtedly the veined, sand-coloured Taj Mahal quartzite stone (sourced from SCE Stone) used throughout the space, playing off beautifully against the stainless steel and elm wood veneer cabinetry to achieve the beachy feeling the family wanted.

“The stone is a huge part of it, and I think it really makes it,” says Josh. Its delicate beauty is deceiving too — it’s resistant enough to withstand quite a bit of rough-and-tumble.

“Helen and I had a bit of a freak-out just after we’d signed off the stone, about whether it might stain. We got home one night after we’d been out drinking, and got our sample piece and put it in the sink and literally poured red wine all over it, sprinkled turmeric all over it, rubbed lemon into it and left it and went to bed.

“We got up the next morning and wiped it off and were like, ‘Oh thank God!’.” 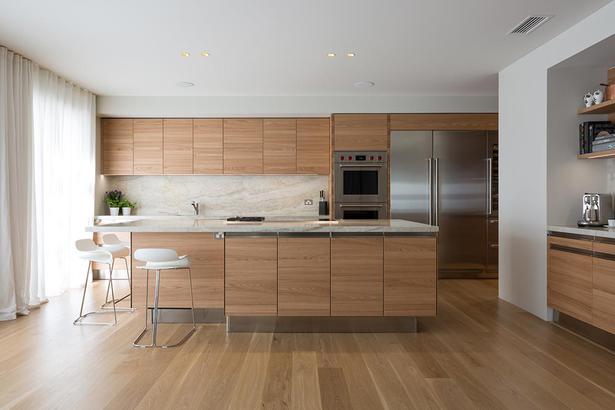 The kitchen has already successfully turned out a few big roast meals for friends and family, and Josh and Helen are currently experimenting with perfecting old-school desserts, like profiteroles, tarts, and dacquoises (“basically a hazelnut meringue — it’s ****ing delicious”).

They’re looking forward to the summer, when they’ll open up the open-plan space to the sea air (their home is close to Kohimarama Beach) and invite friends around for barbecues next to the kitchen garden.

They couldn’t be happier with the renovation, which went unusually smoothly, thanks to the excellent team at Buildology, says Josh.

“We love it, we really love it. I’ve lived in lots of different houses — before we got here, we lived in three countries and went through about 15 houses in about three years, from New York to New Zealand to Sydney to London and back to New Zealand. This is probably the nicest place we’ve both ever lived in. It just works so well for us. It’s got everything we need and nothing we don’t.”

Helen perhaps sums up the experience of moving into their refurbished home best: “It’s been fabulous. We’ve still got that romantic thing where you walk into the living room and go…” she puts her hand on her chest and gives a deep sigh of happiness, “…aaah!”

Elegant, dainty and easy to eat