Empanadas and arepas from Hop In Latino in Elliott Stables. Photo / Babiche Martens Meet the unsung culinary heroes located down inner-city alleyways and in tucked-away food stalls, as Lincoln Tan gives us a delicious preview of his special Restaurant Month walking tour

Auckland has been home to me for more than 20 years now, and despite the multiple crises the city is facing — from rising crime to property prices — I swear it will be near impossible to get me to live anywhere else.

Friends who really know me will know that I live to eat. Food to me is more than just fuel to live, but a source of happiness, comfort, stress release, something to bond over with friends and family. When I travel, memories are made from what I eat.

I’ve been to many different cities, countries and regions in my time, and another thing I can swear by is that Auckland has some of the best eats anywhere in the world — it’s just that many of them are not on the main street.

When the opportunity arose to do “something different” for Heart of the City’s Restaurant Month this year, I mooted the idea of having a walking food tour and calling it Taste of the City. No, the tour won’t take you to the usual suspects that usually make up the “world-class” diners of Restaurant Month, but rather will be an adventure for your taste buds to smaller, harder-to-find eateries. This is 2022 and the events will be held mainly outdoors, so they’re relatively Covid-safe.

They provide an opportunity for restaurant owners and operators who otherwise don’t make the cut for Restaurant Month to be part of the inner-city business association’s annual promotion.

The general requirement to be part of Restaurant Month is to have table service — which would rule many of these smaller eateries out.

The array of dishes that people on the walking tour will get to taste range from freshly made Vietnamese street food, Korean rice bowls, Colombian snacks, Taiwanese-inspired cakes and Japanese yakitori skewers to Singapore curry puffs at a five-star hotel and a Cantonese-style roast meat platter at the inner-city’s oldest Chinese barbecue stall.

“Food is everything we are,” Anthony Bourdain once said. “It’s an extension of nationalist feeling, ethnic feeling, your personal history, your province, your region, your tribe, your grandma. It’s inseparable from those from the get-go.” 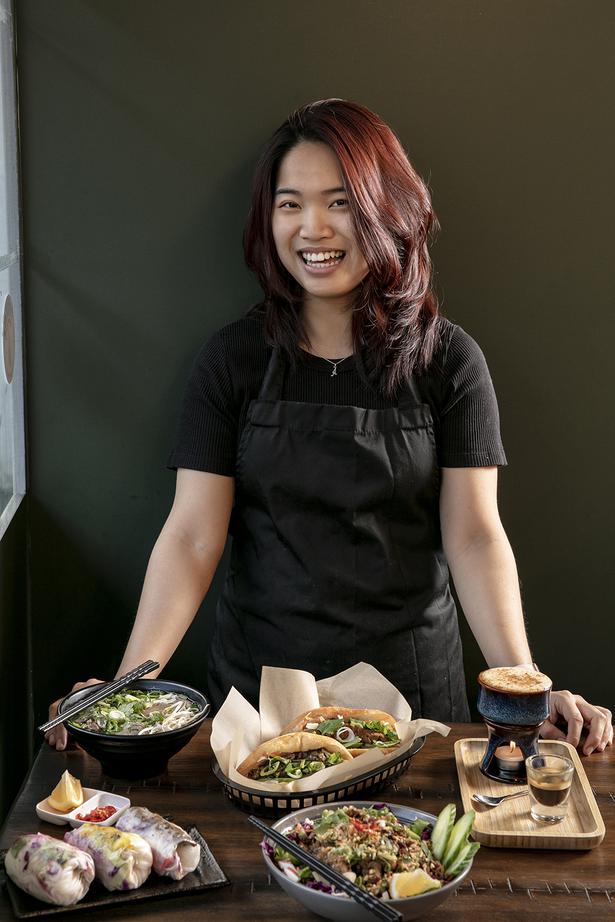 With this programme, it won’t be just about spotlighting hidden offerings but also highlighting the culinary culture and gourmet heritage behind the food and the people who made them.

As we walk down the back streets and through inner-city alleyways, walking foodies will also get to meet restaurateurs who have brought their food and culture from far-flung places to New Zealand’s biggest city.

There is none prouder to share her food and culture than Malisa Nguyen, who runs Luna Cafe and Eatery at Chancery.

“Hanoi is a city that’s heavily influenced by the French, hence the bread we have for our sandwiches are a Vietnamese take on the French baguette,” she says.

Every morning, Malisa creates her breads, croissants, cruffins and traditional French pastries from scratch from 4am.

What is little known about Luna at Chancery is that it’s the only halal, Muslim-friendly Vietnamese restaurant in town — and where even the noodles for the pho are store-made.

Malisa runs three Luna outlets now so once she’s done with the preparations, she leaves store manager and long-time friend Alexis Tran to run the operations.

As part of the food discovery tour, foodies will get to sample mini versions of the banh mi, Vietnamese fresh roll, vermicelli salad and pho with fresh-made noodles.

“For someone who has roots in Hanoi, these are the four dishes that are closest to my heart and embody my culture, tradition and upbringing,” says Malisa.

Steve Armitage, interim chief executive of Heart of the City, says the demand and interest for Restaurant Month events so far has been strong, with many sold out.

These Taste of the City tours, which will run this Saturday (August 6) and the next, sold out within two days of tickets becoming available. 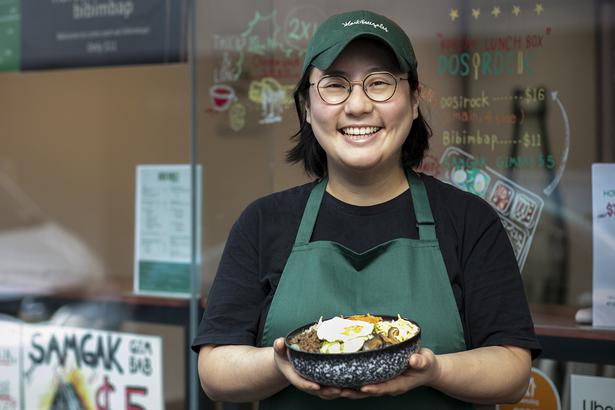 “We can’t wait until we’re in full swing and the venues are full to the brim. The city centre is well known for its diverse and abundant food offering — and this is very much on show this August,” says Steve. “From drag queens to degustations, from okra fries to charcoal ravioli, kingfish ceviche to mid-week cocktails — we have a true melting pot of cuisines and experiences — it’s going to be great.”

The meeting point for the start of the Taste of the City food trail will be at Stamford Plaza Hotel — which, before Covid, was a popular spot for high tea and its Taste of Singapore menu.

Since the pandemic, Stamford Plaza had been operating as a Covid-19 managed isolation facility and only reopened as a hotel again in mid-June. Executive chef Tyler Martin says everyone at the hotel has been working hard over the last few months in anticipation of showcasing its new menu.

“We’re excited to have guests coming into the hotel from New Zealand and overseas to experience a modern five-star culinary offering,” says Tyler.

To start foodies off on the walking tour, Tyler will be offering them a taste of Singapore curry puffs, macarons and a selection of tea or coffee at KOA, its lobby restaurant formerly known as Knights on Albert. The walking tour will bring to life stories of diverse people behind the inner-city’s food scene.

A stop at Dosirock, an eatery offering Korean street food, will let participants assemble and mix their own bibimbap rice bowl and learn the art of having a samgak gimbap. Bibimbap, pronounced bee-bim-bap, is a Korean dish that directly translates to mixed rice. Rice served in a bowl is topped with a selection of vegetables, protein, fried egg and a side of gochujang sauce.

Dosirock owner Minjin Kim says to have an authentic experience of this dish, one has to follow a traditional technique of eating — which she is excited to demonstrate when the food tour swings by her place. “Not like a salad, quick tossing doesn’t work with bibimbap. There is a method to mix the ingredients vigorously so all the flavours can be blended together,” Minjin says.

She has also seen many of her customers struggle to open samgak gimbap — probably best described as a Korean triangle sushi — so will also do a little show and tell on the day. Minjin hopes that a better understanding of the dishes and the right way to have them will translate to better business. Inside Elliott Stables is a food stall that’s called Hop In Latino, and is just one of two Colombian eateries in Auckland that I know of, the other being El Humero in Takapuna.

Colombian food is quite unique, with a blend of indigenous and European traditions with Afro-Caribbean influences. Carbs and starches form a great part of the Colombian diet, and this includes potato and rice.

With owner Marco Stand overseas, head chef Felipe Laverde will be on hand to share stories of Colombian food and dining culture as he serves up snack platters. On these platters will be empanadas, arepas and plantains.

“In Colombia, everyone loves empanada and arepa — they are our most famous street food,” Felipe proclaims.

Other stops on the tour will include Bonjiri, a Japanese yakitori bar with chicken tail skewers as a speciality on the menu, and Yuan Taste, a Taiwanese cake shop with Malaysian- and Portuguese-inspired flavours.

Tim says his business has been hard hit due to the pandemic and the City Rail Link construction works, and is hopeful that being part of Restaurant Month could give him a new start.

“I dare say we make one of the best roast duck and crispy roast pork, and I can’t wait to let everyone taste them,” he says. “Before the pandemic, we were running a booming business, but for the last three years, as people stayed away from the city, we have been forgotten.”

Tim was a former refugee from Vietnam who learned the art of Cantonese cooking in Hong Kong and says he’s a survivor. “Times may be very hard now, but we are survivors. I am confident that once people taste our food and get reminded of our existence, they will return,” he says.

The writer, NZ Herald diversity journalist Lincoln Tan, will be leading the Taste of the City food tours on August 6 and 13. A full list of restaurants is on Heartofthecity.co.nz/restaurant-month

The acclaimed chef and author talks about the first meal he made for his husband, icebreakers, and the fast-food chain that bec...