Interest is growing in natural wine, like the ones produced by North Canterbury vineyard The Hermit Ram. Photo / Instagram @thehermitram

"There’s always been a natural movement, it just didn’t have a banner to fly under,” says Stephen Wong MW. The Wellington-based master of wine, founder of Budburst festival and the wine education and events provider Wine Sentience, is talking about natural wine, the industry’s rebellious cousin that is becoming steadily more mainstream.

As more people embrace an artisanal, organic sensibility into many aspects of their lives, it makes sense that this would also encompass alcoholic beverages. Natural wine speaks to those of us who are after something, as the name would suggest, close to how nature intended it to be, made with as little human intervention as possible.

In order for a wine to be classified as natural, it should contain minimal additives and use organic grapes that are farmed with biodynamic methods. This is a system of agriculture that works to restore and maintain the health of the soil, as well as emphasizing crop diversification and the avoidance of chemical soil treatments. It views soil fertility, plant and animal health as essential and intertwined parts of the same whole.

During its time in the cellar, very little is done to natural wine to alter its original state. Whereas many conventional wines use filtration methods to clarify or stabilise what’s in the bottle, its natural counterpart can be cloudy or slightly effervescent, and sediment may remain in the bottle.

“They have a flavour to them that tastes a lot more raw and less ‘made’,” says Stephen. “They incorporate kookier styles, which are fashionable at the moment, like orange wines, which are white grapes fermented with the skins on like a red wine, and pét-nat.” For those not familiar with the name, pét-nat, or pétillant naturel (which translates to naturally sparkling) is a wine made using an ancient method where the wine is bottled before primary fermentation is finished, without adding secondary yeasts or sugars. This is different to conventional sparkling wines or Champagne, which are finished before undergoing a second fermentation in the bottle with added yeasts and sugars. Pét-nat is rustic, often bottled with a crown cap (like beer) and can be slightly unpredictable when it’s opened.

“It is jubilant wine that’s nice to drink now. It’s also usually very low in preservatives so if you have any kind of preservative allergy, it’s great for you.”

Stephen is one of the people responsible for encouraging the natural wine movement in New Zealand — after running the wine programme at The Matterhorn in Wellington, he was the man behind the wine list at what was formally Ponsonby’s favourite neighbourhood bar, Golden Dawn, which was the first natural wine bar in the country when it opened in 2010. 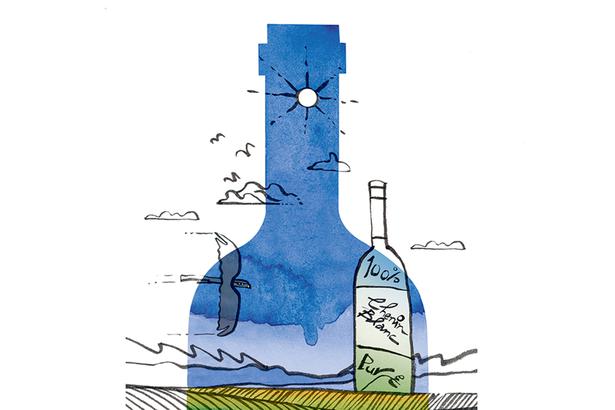 Wine writer (and Viva contributor) Jo Burzynska has witnessed the growth of the industry from a journalist’s point of view and credits a handful of key players for raising the profile of natural wine in New Zealand.

She says Stephen has been an important influence in getting the wine on restaurant lists; while Dan Gillett, owner of wine distribution company Wine Diamonds, is pivotal in importing natural wines to New Zealand; and Andrew Hedley, of Framingham, brought the wines into the country via his UK distributors back when hardly any were available in this part of the world.

“Then, all of a sudden lots of winemakers were showing me their secret experimental ‘orange’ wines they were making out the back and you could actually start to buy natural wines made in New Zealand,” she says.

Jo believes it will infiltrate the mainstream, and can see practices across the wine industry being adopted from natural methods. “Even big producers such as Pernod-Ricard are releasing affordable ‘wild ferment’ wines, which — although not natural — are indicative of the direction things are heading.”

She highlights some common misconceptions around natural wine — one being that they’re all faulty. “This was a view that tended to be held by older members of the wine establishment, very possibly based on not trying enough,” she says. 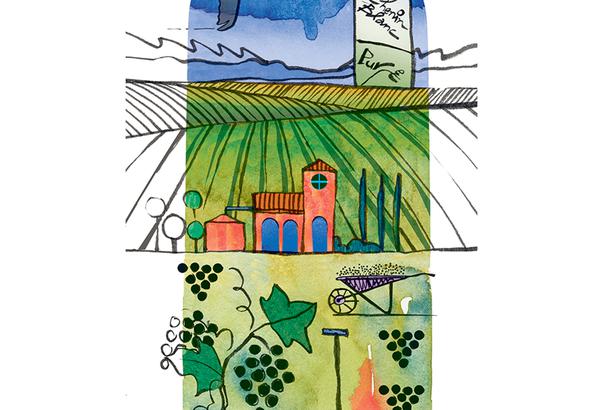 “Yes, there are faulty natural wines, and the faults can be more pronounced as natural winemaking means no processes to polish things away. However, good producers using good grapes are making wines with a wonderful purity. And, to be honest, I’d rather have a wine that’s a bit funky than something ultra-bland where everything’s been filtered away.”

So, what constitutes a 'natural wine’? While there is no legal definition, Jo says they’re wines with nothing added and nothing taken away. “Which means, for me, to be truly natural wines they should be from organic and biodynamic vineyards, not just made without chemical additions in the winery.”

Today several venues in Auckland offer at least a few organic and natural wines. Peach Pit on Karangahape Rd has worked with natural wine from the get-go and, according to bar manager Owen Connors, as Auckland has developed a palate for it, the demand has grown.

“It’s slowly developed. In the past, we’d have to explain it to every person who came in but now we have people asking for orange wines. As awareness grows there’s less explanation with the process.”

The absence or low quantity of sulphites (sulphur dioxide, a preservative widely used in food and conventional winemaking) was a drawcard from the beginning for Owen and Peach Pit’s owner Lukrecya Craw. “It’s a radically different approach. I think taste definitely dominates as well, the ferment profile of the wine comes in.” And, of course, it pairs well with Peach Pit’s flavoursome food.

Food is predominantly what directs Ed Verner, chef and owner of fine-dining Parnell restaurant Pasture, when he selects the bottles for his wine list. “From the start, our goal was to serve wine that hasn’t been messed with. It goes hand in hand with the food I cook — it is food that is treated with utmost care, simplicity and lets the ingredients shine. Often the high acidity of these wines, and the freshness, goes very well with the food.”

Pasture’s natural wine curation goes one step further in that they serve only wine from New Zealand and Australia, which can be challenging as it’s still a young market. However, it’s growing quickly.

As awareness of this style of wine increases, Wine Diamonds’ Dan Gillett says he’s seeing people move away from skin-contact, textural orange wines to white wines — still natural, of course, but more clean and familiar tasting. Chilled reds are also growing in popularity, which is a delicious way of drinking lighter red wines and dark rose.

“I think people are after something cleaner tasting, maybe a little bit more approachable too. They’re not drinking it out of intrigue, they’re drinking it because they find it pure and delicious,” he says. “It was always going to happen. You introduce people to the far end of the spectrum and then it bounces back a bit and we find something in the middle.”

Like Raindrops, Why Try So Hard?, Danby, Gramp Ant, Ralph’s, Sand on Schist. Since first importing the wines from James Erskine (@jaumawines) three years ago, it’s names like these have entered the lives of restaurant owners, somms, front of house and wine lovers alike and never left. They have become something of a hallmark for what we do and represent everything I look for in wine; purity, clarity, intrigue and character. James has knack for what he does and has been doing it consistently for a long while now. The 17s are now here, along with a Chenin pét nat from 18, jump on our website and grab a bottle. See for yourself what it is to drink truly great authentic wine.

In the near future, Dan predicts people will move away from drinking cloudy pét-nats, and start drinking disgorged sparkling wines — disgorgement being a process by which sediment and yeast is removed from the bottle to take away the cloudiness. This can be done without technological intervention, and leaves what Dan says is a sparkling wine that’s more “striking and pure”.

If you’ve never tried natural wine, and aren’t sure where to start, Caitlin Perlman, Stephen’s colleague at Wine Sentience and manager of wine pop-up Soif, has some advice: “Have fun, and ask questions”.

One of the things she loves about natural wine is that it’s a conversation that encompasses more than just what’s in the bottle — it’s usually just as much about the winemaker and their philosophy. Her other advice is to stick with what you know you like. “You’re still going to like the same characteristics in natural wine. If you like crisp whites, that's not going to change.”

Keep trusting your palate and trying different things, she says. “Don’t feel like you have to like something when you don’t. As with anything, there are some great examples, and some not-so-great examples.”

One last burning question that we all want answered — does natural wine give you a hangover? “It’s still alcohol, so it’s still going to give you a hangover if you drink too much,” laughs Owen. He does concede that sulphites makes a difference, especially with older people, who may have built up an intolerance to the preservative, but alas, it’s not a cure-all.

So, next time you’re picking up a bottle from your local wine store, or ordering a glass from the bar, why not ask for something a little different? There’s a whole world of delicious and exciting flavours out there, brought to you by nature.

Natural Winemakers To Look Out For

Millton
Gisborne winery Millton use organic and biodynamic methods, and their textural Libiamo range wines are 'unfiltered, unfined and uncompromised'.

Gentle Folk
One from across the ditch, South Australian makers Gentle Folk offer fresh, vibrant and interesting wines that will also appeal to a broad audience.

Kindeli
Under both his Kindeli and Don labels, Alex Craighead offers low-intervention, 'living' wines by way of his Nelson-based vineyard.