1. Bones on Vulcan
Transforming an unused ATM location to a quirky espresso bar with a little help from The Fit Out Company, this hole-in-the-wall helmed by Hunter McLeod is where you’ll find the bare bones of a damned good caffeine hit — a dark and mysterious Supreme blend designed to wake the dead.
4 Vulcan Ln, Auckland City

2. Gerome
If you only pick one place to visit from this list, make it this contemporary Greek restaurant. The light-drenched space with velvet booths and marble tabletops sets the scene for a feast of wood-fired, flame-grilled specialties (they do a spit-roasted pineapple!) that showcases executive chef James Kenny’s culinary prowess. Read Jesse Mulligan's review here.
269 Parnell Rd, Parnell 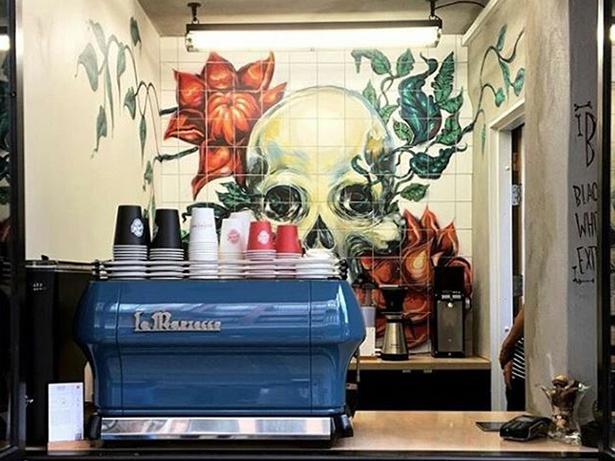 3. Middleton Cafe & Bar
Elegant and sophisticated yet approachable are three words that come to mind as soon as you step through the Middleton doors. Whether you’re after a quick drink or a leisurely lunch, the steady stream of delectable dishes making their way out of the kitchen sing of the flavours the chefs love to eat and our nation’s best seasonal produce, in portions that promise to keep you satisfied.
Lobby of 125 Queen St, Auckland City 4. Moloko
The Russians are coming, the Russians are coming … well, actually they’re here. Don’t miss the Moloko (not the musical duo, it’s the Russian word for milk) take on brunch which features everything from Russian ricotta pancakes to the Bolshoy breakfast with interesting additions like the beef sashlik (Russian shish kebabs) and a side of sauerkraut.
139 Meadowbank Rd, Meadowbank

5. The Barnacle
From the brewmasters behind Brothers Beer comes a pub on the water where fresh seafood is king and the craft beers and cocktails overfloweth. Adding yet another feather to Orakei Village’s cap, the pohutukawa-shrouded spot overlooking the basin is a prime locale for an after-work tipple with a side of seriously slurpable, freshly shucked morsels.
232 Orakei Rd, Remuera 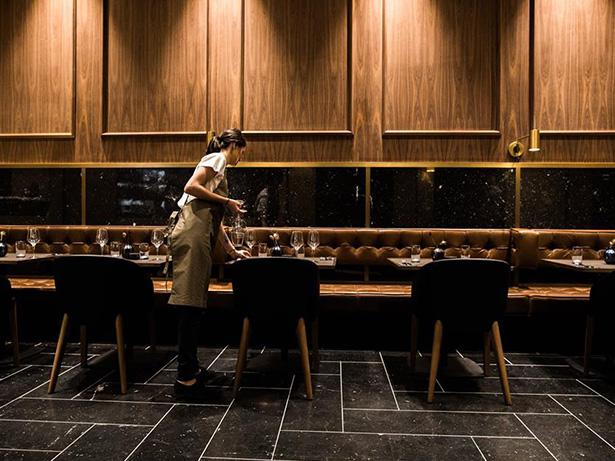 6. Jemima’s Kitchen
It may be a little out of the way for some but we’ve received word that the perfectly pink prime New Zealand beef burger with smashed tomatoes, aged cheddar, burned pickled onion with a generous dollop of housemade aioli is well worth the drive.
470 West Coast Rd, Waitakere 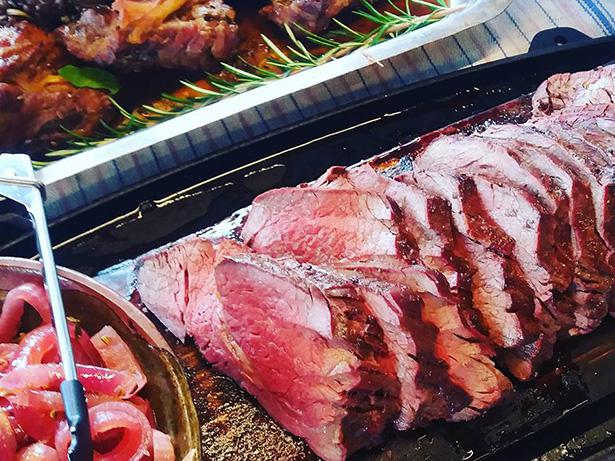 WATCH THIS SPACE
• Viaduct hotspot The Crew Club has closed its doors for good and will reopen in early June as a new establishment inspired by our Pacific heritage. I will bring you the first look at the new bar and eatery, which will feature a wide selection of cocktails, beer and wine alongside a locally inspired menu, and will be a “slice of paradise on the water’s edge”.
149 Quay St, Auckland Central

• And in other food news, Troy Mentor from Dizengoff has announced he is taking over the reins at Kokako Cafe in Grey Lynn as of June 7. This marks the end of his 12 years at the helm of the Ponsonby Rd favourite of the fashion set, which has been bought by Annelise Poorter and Robert Platt.
537 Great North Rd, Grey Lynn

This new Matakana restaurant, will be helmed by Jarrod McGregor formerly of Orphans Kitchen

New Openings: Eateries and Bars to Try Around Auckland 3/2/17

After a new place to eat, drink or all of the above? Put one of these new bars and eateries on your radar