Cali Press
Making healthy eating that much easier – and more delicious – is Cali Press, who opened an outpost in Auckland's CBD this week. On the menu are overnight oats and chia puddings for breakfast, and smoothies, seasonal salads and cold-pressed juice throughout the day. For lunch, we tried the Edamame and Salmon on Rye with an Açai Bowl, which were fresh, tasty and filled us up for the afternoon. With Allpress coffee to match the wholesome menu, you're sure to leave feeling brighter than when you stepped in the door.
• 2 Graham Street, Auckland City

Island Gelato Company
The makers of the most divine icy treats on Waiheke Island, Island Gelato Company, have ventured further afield to open a new store in the Ferry Building downtown. Special flavours like Blueberry and Sake, Matcha and Belgian White Chocolate, and Thai Basil and Mandarin keep things interesting, and there is also a range of vegan options for those who are sweet-toothed but dairy-free. In the cabinet, you'll find savoury pastries and bagels, if you need to fill up before dessert.
• Auckland Ferry Building, Auckland City

The Shucker Brothers
Next door to Island Gelato is a new spot serving up the other two key tastes of summer: champagne and oysters. The Shucker Brothers is beautifully designed by Cheshire Architects, and their oysters are complemented by a menu of amazing tapas showcasing fresh seafood, inspired by their waterfront setting.
• Auckland Ferry Building, Auckland City 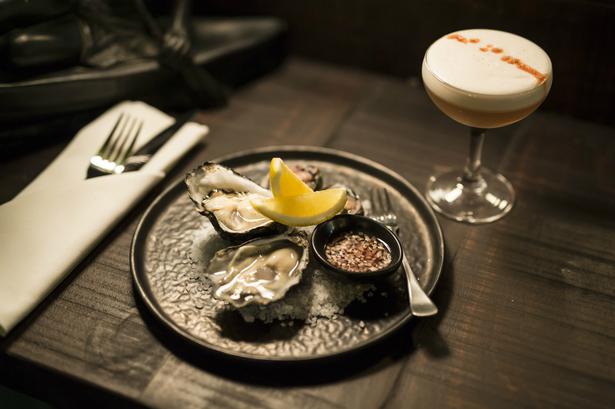 Orakei Bay Bistro
What used to be The Barnacle, has transformed into Orakei Bay Bistro, offering a more relaxed environment, while keeping some of the favourites dishes from the previous restaurant (including oysters and beef carpaccio). Otherwise, executive chef Sara Simpson (who's previously worked at Clooney, The Tasting Shed and Terroir) has recreated the menu adding both traditional staples, such as well as creative desserts, like the Roast Parsnip Crème Brulee with Maple Ice Cream and Pancetta. Having Brothers Beer as a neighbour means there'll be no shortage of delicious brews over summer, and the cocktail list is also worth checking out. Plus, this month Orakei Bay Bistro is offering a free wine, beer, or soft drink to everyone who dines with them.
• 228 Orakei Road, Remuera

The Raw Kitchen, Strand Arcade
A haven for lovers of plant-based food, The Raw Kitchen has just opened a new store in the city. Their freshly made smoothies, breakfast pots salads, wraps, mylks and juices make a simple and satisfying meal on the run, plus there's also a cosy space to sit if you need a moment of calm. Known for their raw cheesecakes, bars and slices, we'd be surprised if you left The Raw Kitchen without a treat in hand.
• Shop 1, Strand Arcade, Auckland City.