Ozone Coffee Roasters make the most of seasonal, local produce and repurpose leftovers that are usually thrown out. Photo / Supplied The time investment doesn’t exactly bode well for adopting a climate-friendly diet for every day. But given the global food system’s impact on the planet – said to be responsible for about one-third of the planet-warming greenhouse gases – it’s a nudge in the right direction for diners considering the greater effects of their food choices.

Josh, formerly of The Grove restaurant, is known for using artisans, sourcing everything from his clay plates to seasonal ingredients locally. He worked closely with Enviro-Mark Solutions, an organisation that helps Kiwi businesses to be more green, to come up with the precisely assessed dishes. They had to take into account the resources used to grow the ingredients, the distance and transport from product source to The Sugar Club, the method of cooking, and how much waste was left over. A final carbon footprint is then calculated to ensure the dish sits within guidelines to limit global warming below 2C. 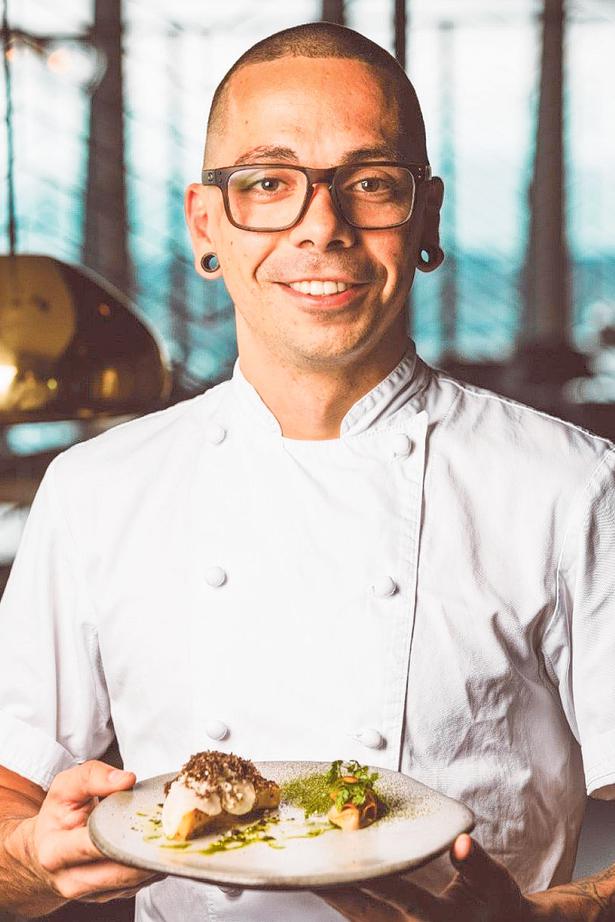 “It was a lot of work. I literally had to work every single recipe down to the salt,” says Josh. “I had to scrap my first attempt which came back way over the limit. It was then thinking more about how I could manipulate food the least, drop cooking times, serve something raw to reduce power, and use the whole of the ingredient.”

The inventive menu was served to over 60 discerning guests on World Environment Day in June. Unsurprisingly, it ended up being entirely plant-based (animals and dairy, particularly cows, have an outsized impact on the environment). The Sugar Club already has a full vegan and vegetarian offering in response to these challenges.

“A few people had never had a full vegetarian meal before but they loved it. It just shows you don’t have to have meat or protein with every course,” says Josh.

One of his favourites from the event, a vegan entree of celeriac cooked in hemp milk, chestnuts, toasted hemp seeds, and Perigord truffle, is now permanently on The Sugar Club menu. 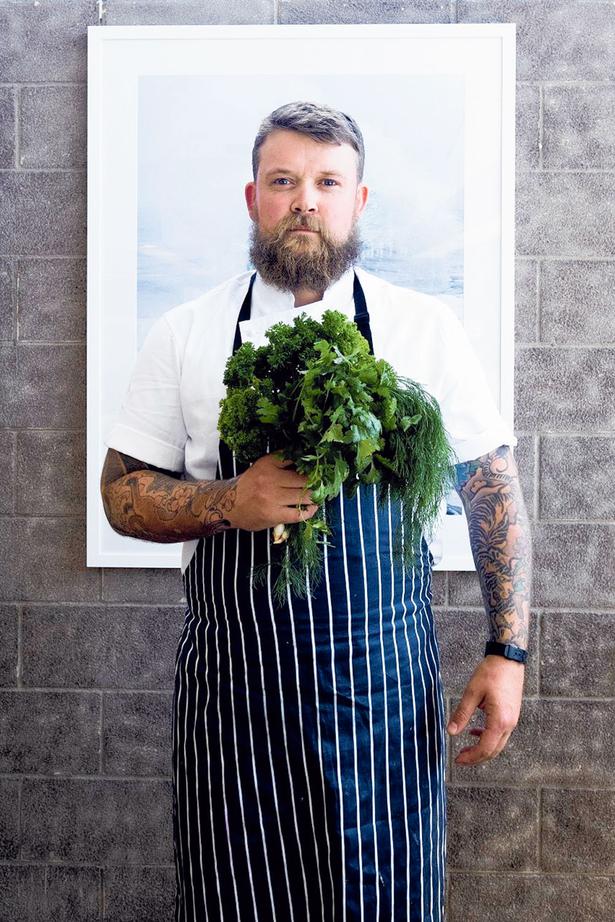 “The hemp is grown in Taupo and the truffles from Christchurch are only in season for about 12-and-a-half weeks and cost around $3500 per kilo. It’s a simple vegetarian dish used to showcase such a special ingredient,” says Josh.

The restaurant will add more low-carbon dishes to the menu soon, labelled by a green CO2 icon. Josh says it’s up to restaurants to lead the way in educating diners.

“We try to tell people how seasonally we work. If something’s in season for six weeks it’s only on the menu for six weeks. It’s so sad when I see something like asparagus in the supermarket from America. Don’t buy it — just because it’s there doesn’t mean it should be available. I tell people as much as you can to go down to your local butcher, fish and vege market.”

SkyCity also plans to introduce low-carbon dishes to its other restaurants in New Zealand and Australia. The initiative is part of a greater company-wide climate-change strategy to go carbon neutral by September this year. 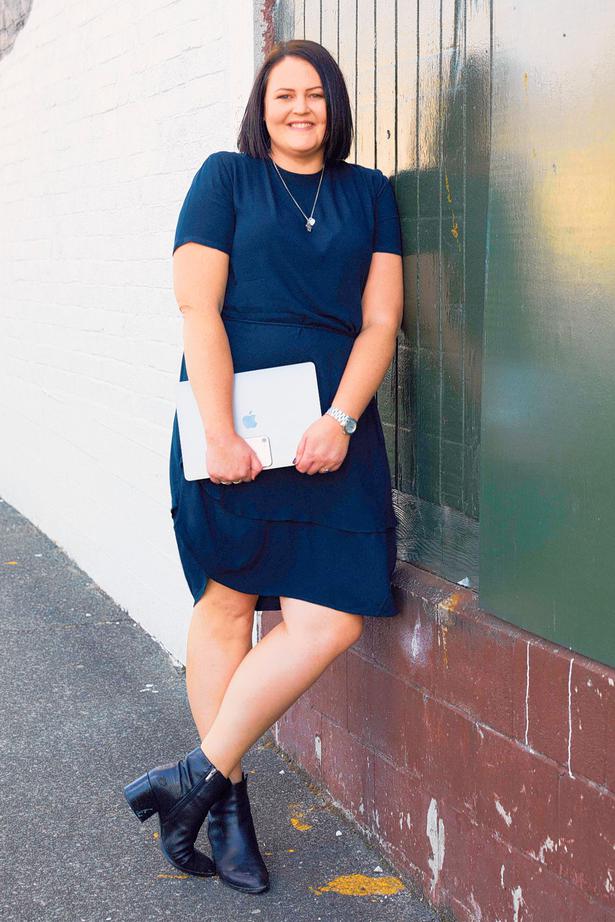 Love Your Leftovers
Ozone Coffee Roasters make the most of seasonal, local produce and repurpose leftovers that are usually thrown out. Bread trim is dried out to be made into flour to fold back into pasta, vegetable trim is burnt to use as a seasoning or over roasting potatoes, and stems charred, or chopped and sauteed. The team also use spent barista milk to turn back into yoghurt and ricotta cheese.

“We try to get all the by-products back in the menu in as many ways as possible. There’s a lot of fermentation, pickling, smoking, and drying,” says Joe O’Connell, head chef and head of sustainability of Ozone.

“It’s trial and error but if it’s not working we change the ingredient if the by-product isn’t good. Some of it’s a bit cheffy but a lot of it’s just adding a good amount of salt to something and leaving it on the bench.”

The coffee specialists started life in coastal New Plymouth in 1998 and expanded to London in 2012, opening a roastery and later an eatery that showcased their New Zealand roots. Ozone Auckland opened as an all-day eatery with a roastery on-site in Grey Lynn in February. Waitara-born Joe took over the kitchens four years ago and is currently based in London.

“When I started in the London restaurant I realised the sheer volume we were doing. When you’re doing a 20-30-seat fine-dining restaurant you don’t have a very full bin but with the incredibly high numbers at Ozone, we really started to consider our impact.” 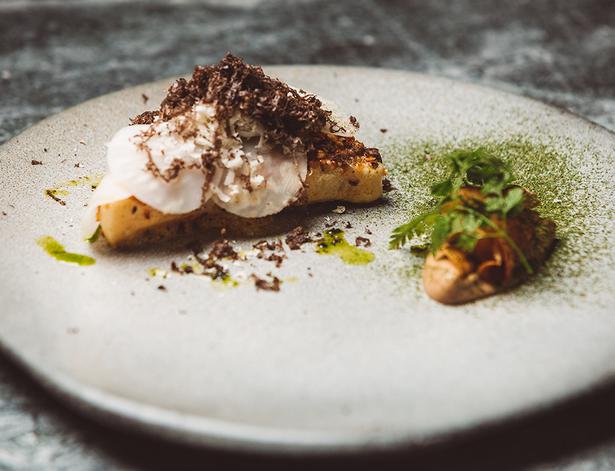 The Sugar Clubs' low-carbon dish of celeriac, hemp, and truffle on the menu. Photo / Supplied

The current menu is about 65 per cent plant-based, which Joe says Kiwis are slower to come round to.

“I still think there’s the cliche that if it doesn’t have meat on it it’s probably not a feed, which is certainly not the case in London with lots of vegetarian and veganism. We’ve started on the right foot in New Zealand, particularly through our sourcing. Being a lot further removed we’ve just got to go as local as we can otherwise food miles rack up.”

“It’s people like Hamish and Kate Dunlop from NZ Quinoa that had a crack at growing quinoa here and now we don’t have to go to South America or the Middle East any more. It’s about building our menu around these products so we can support local initiatives and build up a pantry of homegrown products,” says Joe.

Ozone also launched an event series, Sustinere, in 2017, that showcases their sustainable practices, with a panel of guests and a three-course meal using local suppliers. The Auckland cafe is linked with Kelmarna Garden for organic composting, and has a goal to be a zero waste landfill business in the short term. A longer-term goal of achieving carbon neutrality is in the works. Bread trim is dried out to be made into flour to fold back into pasta at Ozone. Photo / Supplied

Ready For Rescue
Tackling the end of the food cycle is a new app aiming to reduce food waste for restaurants and cafes Auckland-wide. In New Zealand, almost 50,000 tonnes of food is thrown away by cafes, restaurants and supermarkets every year. The app called Foodprint connects people to eateries around Auckland which have excess food that would otherwise get thrown out. This is sold at a 50 per cent discount.

Founder Michal Garvey says she first became aware of food waste while working in buffets at hotels in the US during her early 20s.

“The amount of food we used to throw out from the buffet was horrific. Some days it would literally all go in the bin at the end of the day,” she says.

The experience helped shape the Foodprint app, which launched last month and has already won a competition by the Sustainable Business Network. So far, 50 eateries have signed up including Ripe Deli, &Sushi, Little Bird Organics and Williams Eatery. Foodprint lets users see where in Auckland food is “ready to rescue” and has the option to add filters based on dietary preference, price, and location. Food items are then purchased in-app and collected from the eateries.

Michal says food waste is a huge concern for food-based businesses, both environmentally and financially.

“A lot of these eateries are small owner-operated establishments and no business in New Zealand can afford to literally be throwing their money in the bin. This is going to help them to grow and be more sustainable.”

It’s also an issue all Kiwis need to be more aware of, she says.

“The biggest issue for food waste is the environmental impact of it, which sometimes people don’t realise. When food is wasted it goes to landfill and emits methane which contributes to climate change and has around 30 times the potency of carbon dioxide.”

Michal emphasises that none of the food being sold on the app is old or has gone bad. “It’s all perfectly eatable — there’s nothing wrong with any of the food. It might just be there because someone’s had a slow day or over-prepped something. Or a bit of cake that got broken when they’ve cut it up.”

Michal previously worked at HelloFresh in London, a food box delivery company, where she started to think about the role technology plays in how we eat. This led her to ideas about combining sustainability with technology. Working off similar apps overseas she “took all the best parts” and returned to New Zealand to create hers.

The social enterprise was funded entirely by Michal, with the support of her family, who worked for over a year to create the app, designed and developed with design agency, 7 glyphs. After growing the app in Auckland, she hopes to take it nationwide.

• Foodprint can be downloaded on App Store and Google Play