Light, low in alcohol, and made from waste-optimising practices, piquette ticks every box for what we’re wanting to imbibe now. More mellow than a pét-nat, a little bit murky with a subtle fizz, a handful of recent releases suggest that winemakers and drinkers alike have rediscovered the beauty of this humble drop.

Piquette is made from pomace — the grape leftovers from winemaking — and water, which is then left to ferment, resulting in a highly drinkable, crisp, aromatic, sparkling beverage.

It's a method with centuries of history throughout Europe, dating back to the classical period, and more recently was enjoyed by field workers at lunch. As with many old-fashioned practices, piquette feels grounded in a more sustainable way of living. The process harnesses a by-product of the wine industry, helping to minimise waste.

It’s earthy flavour and dash of fizz may make it the next favourite tipple for natural wine fans, and piquette also possesses a lightness that will appeal to those of us partial to a wine spritzer. Low in alcohol (most available in New Zealand are between five and seven per cent), piquette gives you less of a buzz, which, in our opinion, is sometimes a nice thing. Piquette also has fewer calories.

All of this makes it unsurpriding that this modest, delicious drink is appealing to local winemakers.

Alex Craighead Wines launched its 330ml cans of Kindeli piquette in June 2020 (wine-in-a-can has a dear place in our hearts). “It was really interesting from an experimental point of view,” founder Alex Craighead tells Viva. "It also sits really well with me as it is adding another step and product to the lifecycle of the grape.” 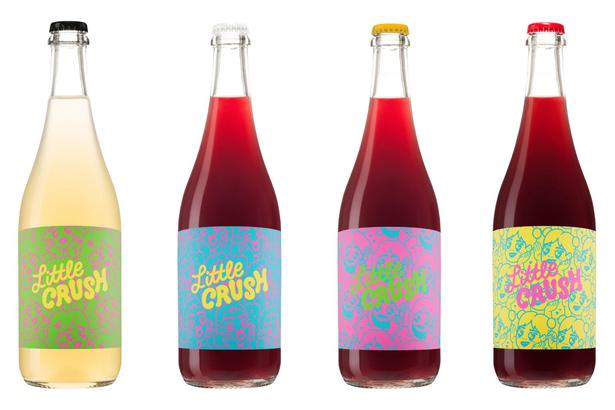 Made from certified organic grapes from his biodynamic home vineyard in Nelson, Alex describes Kindeli as something of a hybrid. “We added a tiny amount of cider ferment to give it a natural spritz. Our piquette is literally naturally produced CO2, grapes and a micro amount of apples.”

What makes piquette wine so special, according to Alex, is the reuse that’s inherent to its creation. “There is so much waste in the world at the moment, so using the same grapes for wine, piquette, then in our vineyard compost blend is awesome.”

READ: The Best Wine & Cocktail Delivery Services So You Can Enjoy A Drop At Home

There's a delicious Australian piquette, called 'Atomic Bomb' by BK Wine, worth trying, and is available at Everyday Wine, who deliver nationwide.

Another local variety on the market is from Garage Project. I’ve been enjoying its very quaffable piquettes all summer, and reached out to co-founder Jos Ruffell to find out more about their piquette range, Little Crush, which launched late last year.

It was a fruitful idea to come out of the stasis of 2020. “During lockdown we had more time to tinker with some ideas,” Jos says. “Making piquettes was one that just made a lot of sense — and our mate Cosmo said we should make one, so we did!”

With a relatively simple process and light flavour, it provides opportunities for a wealth of creativity and experimentation. “We love that piquettes allow you to create a quite different expression from regular wine,” explains Jos. “You can build up and layer piquettes — adding in more skins from lots of different varieties you typically wouldn't see together.” 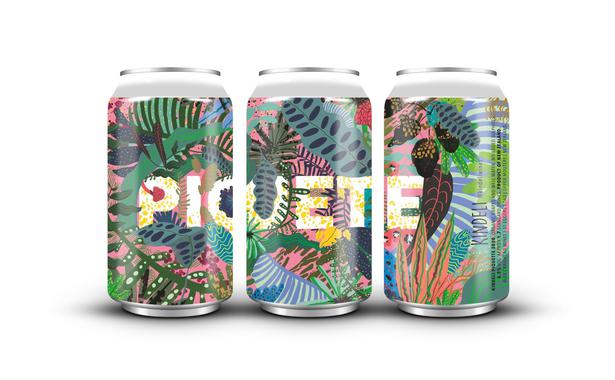 “To make them even more unique, we used a variety of grapes not typically used in wine. They give our Little Crush Piquettes bright, juicy flavours you won't find in a glass of Sauv,” says Jos. “They're also striking in colour and minimise waste in the winery — everything goes to use.”

Locally, the piquette market is small — for now. “The early adopters seem to be craft brew fans and natural wine drinkers,” says Alex. However, he predicts it will grow in 2021 as New Zealanders discover the joys of this old, down-to-earth treasure. “They are a great lower-alcohol alternative to wine and low-carb alternative to beer. They work really well as a glass with a light meal or aperitif.”

Jos sees piquette becoming a charming addition to the family of natural wines on offer in Aotearoa. “They are a celebration of the harvest — best drunk fresh and not to be taken too seriously, and should be at an approachable price for everyone.”

“They are fizzy, lower alcohol, refreshing and delicious — what's not to like?” We agree.

Planning a virtual happy hour? These businesses bring the drinks to you