Lucio Galletto and David Dale share a dessert recipe from their new cookbook Coastline, which features the food of Mediterranean Italy, France and Spain Each recipe includes a few paragraphs on its origin and evolution, and each region explored is prefaced with a handy travel and restaurant guide. There's plenty of other material in the book too, with plenty of interesting stories and information and handy tips for the home chef.

Here, Lucio and David share a dessert recipe for crema catalan from the Spanish city of Tarragona, just south of Barcelona.

We hate to diminish any Catalan achievement, but we might have to credit the French with the idea of burning sugar on top of a rich custard. A recipe very similar to this appears, under the name creme brulee, in a French cookbook published in 1691. In the 19th century the English started calling it ‘Trinity pudding’ because it was a speciality of the chef at Trinity College, Cambridge. The French confuse the issue by referring to the custard under the topping as creme anglaise (‘English cream’, though it’s unlikely to have been an Anglo invention).

What the Catalans did was add orange zest to a recipe that was originally flavoured only with vanilla, which was an inspiration because the sharpness of the orange cuts through the richness of the custard. They declared it to be one of the meatless dishes to be eaten on Saint Joseph’s Day (March 19). Their name for it is crema cremada (‘cremated cream’).

The best way to serve this dish is immediately after the sugar has been caramelised, to maximise the contrast between hot crunchy toffee and cool smooth custard. But it’s almost as good served at room temperature later that day. Originally the sugar on top of the custard was turned into toffee by the application of a hot iron. Please do not attempt this at home, if you intend ever to press your clothes again.

For the topping
75g caster sugar

METHOD
1. Preheat the oven to 140C. Place two large ramekins, each about 450 ml capacity, in a baking dish lined with a tea towel.

2. In a saucepan, combine the cream, milk, cinnamon stick, vanilla bean pods and seeds, and the lemon and orange zest. Bring to the boil, then remove from the heat and allow to infuse for 10 minutes. Strain through a fine sieve, into a clean saucepan.

3. In a large heatproof bowl, mix together the egg yolks and the sugar until creamy. Bring the milk and cream back up to the boil, then pour it onto the egg yolks, one-third at a time, whisking well. Strain the mixture through a fine-mesh sieve, into a jug.

4. Three-quarters fill the ramekins with the mixture, then place the baking dish on a shelf in the oven. Finish filling the ramekins to just below the tops, then pour hot water into the baking dish, to come halfway up the sides of the ramekins. Bake for about 30 minutes, until the custards are set, with a slight wobble in the centre.

5. Remove the ramekins from the baking dish and let them cool at room temperature for 20 minutes, before putting them in the fridge for a few hours.

6. Evenly coat the top of each crema catalana with the sugar, then caramelise lightly under a hot grill — or with a kitchen blowtorch, if you have one — until golden brown. Serve immediately, or at room temperature. Give one of your guests the privilege of cracking the surface and serving the others.

Note: You could also pour the crema catalana mixture into six smaller ramekins, and bake the custards for only about 12 minutes, until there is a slight wobble in the centre. 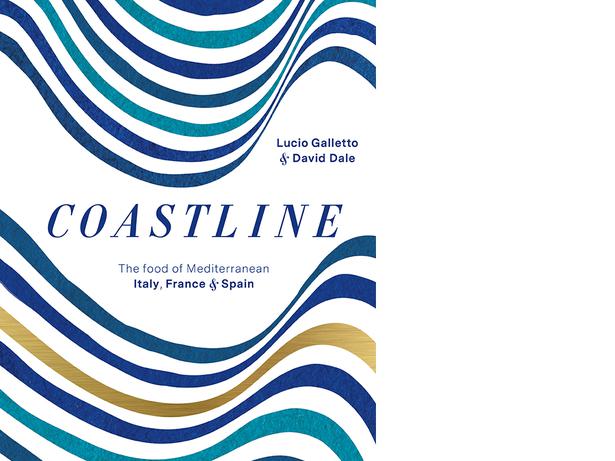 • Recipe extracted with permission from Coastline by Lucio Galletto and David Dale, published by Murdoch Books ($59.99).

The Irish Woman Who Taught the French How to Cook

What made Trish Deseine one of the most successful cookery writers in France?

A close friend of mine gave me a large bunch of homegrown rainbow chard and fresh herbs. I felt inspired to make a simple nouri...

A taste of New Zealand

Lyon may be the gastronomic heartland of France, but most visiting foodies will tell you it's a hard road finding a decent coff...