People are hyped about Ada but, though it's very close to my home, it's taken ages for me to get around to eating here.

Sorry. It's the last one on my list of about a dozen big new openings in 2020 and, now that I've got through them all, I plan to celebrate in an appropriate way.

More on that in a couple of weeks.

Does Ada live up to its feverishly hot reputation? Mostly. 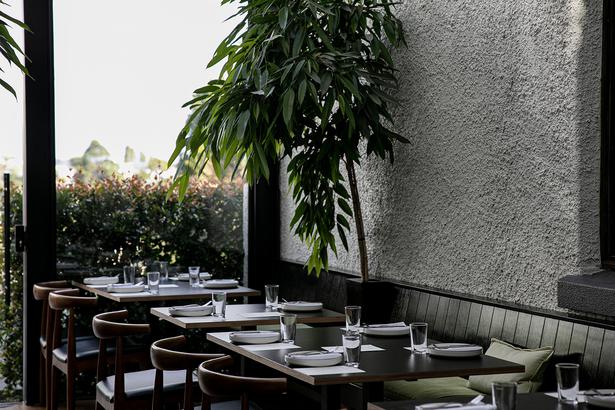 It is a truly unique restaurant, one that inhabits its unusual space (convent turned terrifying halfway house) comfortably and, it has to be said, bravely.

I guess there are two options when you start serving food in a haunted mansion — you either paper over everything and pretend the past never happened, or openly acknowledge it.

Ada has done the latter, hanging dark and occasionally gruesome religious images on every spare piece of wall, and opening the accommodation up so that you walk past room numbers on your way to dinner.

Add in some oversexed guests and on a stormy night this will feel like you're eating inside The Rocky Horror Picture Show.

The food is undeniably delicious.

Pasta is back on the menu in Auckland and Ada's is as indulgent as you'll find anywhere.

If you've noticed a certain hesitancy in my endorsement so far it's because I think the menu is too indulgent.

Like, we all love fresh cheese but do we need it in every single dish?

It's in danger of becoming a crutch here, where almost everything put in front of you is maxed out with burrata, or stracciatella, or ricotta.

This stuff all tastes amazing, but when you do three or four dishes in a row it starts to feel like a chore.

You can choose when booking to sit at the bar and though I usually think this is the best seat in the house you should avoid it here, where they've put in one too many stools for the space, so that you knock into your neighbour several times throughout the meal.

I asked the waiter if he could take my jacket but he shrugged and pointed to the back of my chair, so just be aware that it's that sort of place — the staff are strong but confident on the verge of abrupt, so when you add in the DIY stuff it can occasionally feel like you’re getting the discount version of service.

We ordered a range of dishes and would have been pleased to be told about the "banquet" option, which is tucked away at the bottom of the menu and described in poetic Italian, so (at $60) it reads like an extravagant dessert to the monolingual.

Instead we created our own version of a tasting menu which, with the cheesy caveat above, was pretty flawless. My favourite was the beef short rib, cooked until it fell apart then reconstructed as a geometrically cornered kebab with a crunchy exterior, powered with a very spicy nduja.

An eggplant dish cooked down the vegetable in stewy spices then piled it on to a plate with burrata and a few careful fillets of anchovy on top, creating mouthfuls that were savoury, creamy, fatty and salty all at once.

Best of all was a peach panzanella salad — cubes of sourdough soaked in dressing but retaining their firm crunch while the vinegary acidity almost neutralised the sweetness of the peach, making those big yellow chunks taste more like interesting tomatoes than stonefruit.

On top was mandolined fennel with large sheets of ricotta salata, the aged, salty version of its fresh namesake.

After all this the main was looking pretty formidable.

I don't think I'd tried corn with pasta until I had it at Cotto and the chef has brought it with him to his new gig at Ada, presumably for the rare and seasonal sweetness it provides.

It's just lovely in the rotolo — a lesser-known dish featuring rolled up, filled lasagne sheets.

A view through to the open kitchen. Photo / Babiche Martens

A rotolo is traditionally poached but at Ada it is baked (or maybe even deep fried?) so the pasta is crunchy and intense, then at the end they heap it with good prosciutto, the perfect foil for that sweetcorn.

We took half of it home and it tasted even better the next morning.

If the service sometimes seemed to be on a budget, so did the cutlery — every sharing dish came with just one tablespoon, whether or not it was the right tool for the job.

I was also disappointed with the drinks — no New Zealand or even Italian bubbles by the glass, and not much of a beer list either.

I settled on a glass of natural wine that went very well with everything.

That's a comparatively long list of complaints from me, and it says a lot for the fun, food and flavour of Ada that I don't want any of them to put you off.

It's a restaurant like no other, with a great spirit and the feeling of a big happy house party when things are going well.

Not all new restaurants are essential visits but this one is — book at least a week in advance to make sure they have room for you.