A restaurant cooking Balinese food is a very rare thing and I approached Bali Nights with limited expertise, having travelled to Bali in my early 20s only to spend seven nights in dodgy clubs drinking Raro mixed with ethanol and dancing to Men at Work. It was my first proper international holiday and I wasn’t sure you were allowed to leave the main street.

So instead of exploring Kuta (I was certain you weren’t allowed to leave Kuta), I spent my afternoons in internet cafes sending emails to friends at home, back in the days when you would write 1500 words in hotmail then have it unexpectedly disappear when the modem dropped out so you’d have to start the whole thing again.

But I love the broader genre of Indonesian food (one of the best places to get it is in Napier, unexpectedly) and the waiter here told me Balinese food was a bit like that but fresher, which sounded pretty perfect. So I sat down with high hopes — determined to make some happy memories to replace those of my last Balinese dinner, where the tourist who did the best lip sync to Bryan Adams was promised a 30 per cent discount on the vertical bungy. 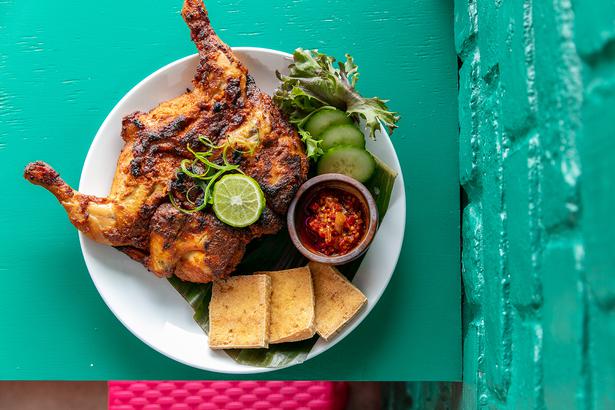 Even the worst holidaymakers can’t help but leave Bali with affection for the locals, who impress with a gentle kindness, even the ones insisting you pay more for your knockoff sunglasses. At Bali Nights, this Ponsonby restaurant just next to Countdown on Williamson Ave, the staff have that same warmth.

They’ve made a decision that they don’t want to make profit from alcohol but offer a judgment-free BYO option for diners who want to take it up (all of them, as far as I could see).

When you ask about the food they’ll happily give you some information but this isn’t a fine dining restaurant — they’re more concerned with hurrying off to make sure the next customer isn’t waiting, which is about the level of food service you expect from a restaurant where prices are this reasonable (our bill was $158 plus a bottle of wine from next door and we left absolutely stuffed, with enough lunch for two in takeaway containers).

Though I’d had a good look online it had been really difficult to predict the quality of the restaurant in advance. They’d shared a few photos of happy customers on their Facebook page but cropped them very tight so it was possible the two people pictured were the only ones in the restaurant that night.

But I took a punt and arrived here one Tuesday to find a restaurant with only a couple of spare seats along the window bar. If it was bad, word had clearly not got around. 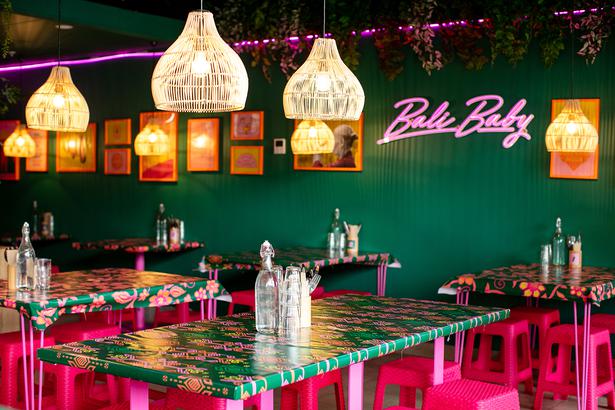 In fact, it was brilliant. Everything on the menu looked too good not to order, so we asked for a few different things then sat back in happy anticipation, nibbling our way through a bowl of peanuts and preserved anchovies which, yes, was a particular flavour combo but did a great job of setting the cuisine scene — you knew exactly where you were geographically and couldn’t wait for the main event.

One of the best things about Bali Nights is the vegetarian food and, though it often feels like an act of charity ordering something without meat in it, here it all feels like part of the same feast. I love rendang but we’d already chosen some beef ribs so we went for the jackfruit version instead, which was perfect.

Featuring heady spices, soft potatoes, hot gravy and a vegan star ingredient that still seems like a magic trick in the way it approximates pulled pork, this was a dish nobody could mistake for an act of worthiness.

And the beef short rib was incredible in its own way; not cooked for hours and hours but tender enough that the cartilage had gelatinised and there was no real fight to the meat when you chewed it.

Both of these courses were very generous so I gulped a little when they were cleared and the next two arrived: a modest plate of dark, sticky noodles accompanied by an entire chicken. The grilled stuff is what really stands out on this menu — it comes with genuine charcoal flavour and contrasts with the chilli- and coconut-based dishes which are comparable to more familiar Southeast Asian cuisines. 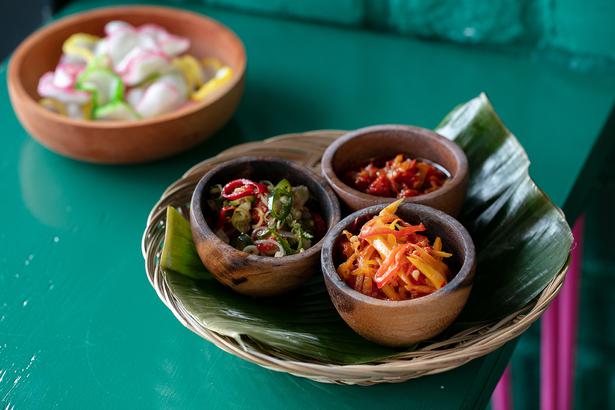 The chicken was beautifully cooked and served with a lime wedge, fried tofu and a little bowl of sambal, leaving you in charge of how much of each you put in each mouthful.

Those sambals might be the best thing about Bali Nights. They come complimentary with certain dishes and one of them (like the rice) is offered in unlimited quantities, which is a lovely generosity.

But you’re best to order a combination plate of them so you can mix and match through the night: my favourite was the Sambal Matah, which seemed to be just shallots, garlic, chilli and lime but had a deliciousness greater than the sum of its parts.

I barely scratched the surface of the menu and you’ll have fun coming to explore it yourself, in this bright and kitschy restaurant where the staff are working hard to create happiness for their customers. They’re doing a great job of it, and though it’s an atypical style of restaurant for the neighbourhood, I predict this is about to become Ponsonby’s next big thing.