Restaurant Review: Boxer Is An Experimental Bar Unlike Anything Else In Auckland

There is nothing like Boxer in Auckland and might not be anything like it on Earth (it’s hard to say for sure as we haven’t been able to check the rest of Earth recently).

Before this first visit I had it categorised in my head as “Pasture’s cocktail bar” but that isn’t a useful way to think about what is more like the set of a science fiction movie, where you happen to be served a lot of great food and drink.

Visitors sit facing in one direction on a limited number of tables while, in front of them, chef Ed Verner and beverage expert Hillary Eaton perform culinary magic tricks.

Behind the druids is a large machine that looks like it’s in charge of bringing Frankenstein to life, though of course, because this is Ed, it’s instead a new way of bringing ingredients to life: a distiller in more ways than one. 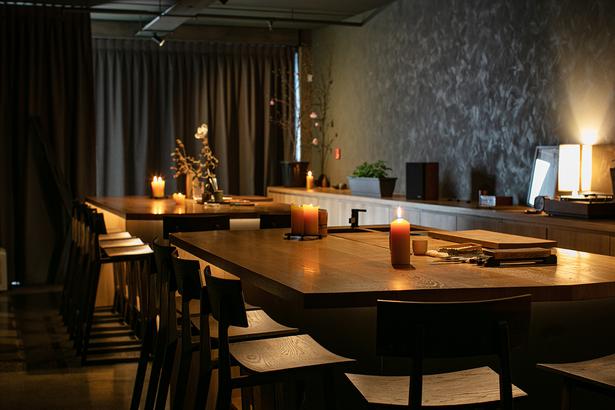 "Visitors sit facing in one direction on a limited number of tables." Photo / Babiche Martens

Pasture, presumptive winner of any New Zealand restaurant competition, was the project of Ed and his former wife, and given our attachment to love stories, it’s necessary to untangle your narrative a little in order to get used to the set up with his new partner Hillary, an American chef who is front and centre at Boxer.

Other people’s relationships aren’t officially our business but we’re flesh and blood — to invest in a restaurant’s story is to invest in the story of the people who own it. Fortunately, within a few seconds of meeting Hillary, you want her to be your new bestie.

READ: What Pasture Has Brought To Auckland's Dining Scene

Although she is technically adroit, she’s also personable and self-deprecating, and I suspect she rounds the edges off Ed, who has a reputation for seeking perfection at all costs.

At Boxer you feel you could almost be in their lounge (or perhaps the lounge of a friendly alien), with little touches like a vinyl record player adding the warm personality — which is crucial when you’re drinking somebody’s science project. 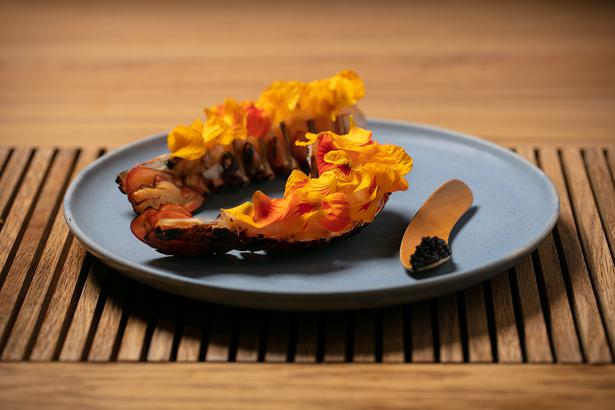 But perhaps that scientific analogy is unfair to Ed, who can do molecular but only ever uses it to make the feature ingredient taste better or clearer.

He served us a sparkling banana wine here and if that sounds unpleasant it’s probably because you’re thinking of the stodgy, creamy texture that comes with a banana — in fact that is all gone here, removed by Boxer’s flavour robot, so you’re left with a refreshing spritz that performs the perfect modern restaurant joke — you don’t know what flavour it is until they tell you, then it’s the most obvious thing in the world.

Though he has his own style, Ed goes through moods and influences from time to time, in the same way any artist does. Right now, for example, much of his food is in an “almost alive” phase, following a memorable trip he took to Japan. So you might eat paua here but only after watching the still-beating muscle stretching and reaching in its shell.

A crayfish, later to be poached in butter, was looking around the room curiously when a giant knife went through his head and he was carried out of the room in two parts. 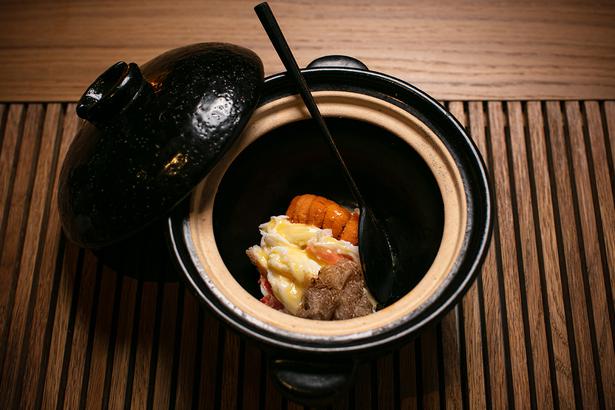 That stuff was testing even for me, a man who recently (and triumphantly) ate the heart of a kingfish he’d just pulled out of the ocean, but it does have a transformative effect on your evening, adding a little adrenaline to your bloodstream and making this feel like an event as much as a meal.

The drinks are extremely fun, and you should do the full alcoholic match if at all possible. You probably won’t ever get a chance to drink like this again in your life, the booze secondary to the incredible flavour combos: a raspberry and jalapeno rosé where you taste the chilli without the heat; an elderflower “fino sherry”, which is actually aged pinot gris; a pea-pod martini; and then, just when you think you can’t be surprised any more, a flute of vintage Krug.

And with the drinks comes the food, which is not secondary so much as the perfect second half of the whole. Despite all that cold kaimoana, it’s actually not a meat-heavy experience: you’re just as likely to be served a crisp bok choy frond on ice, or a pumpkin-nasturtium taco so raw you can smell the lemon verbena from the other side of the room. 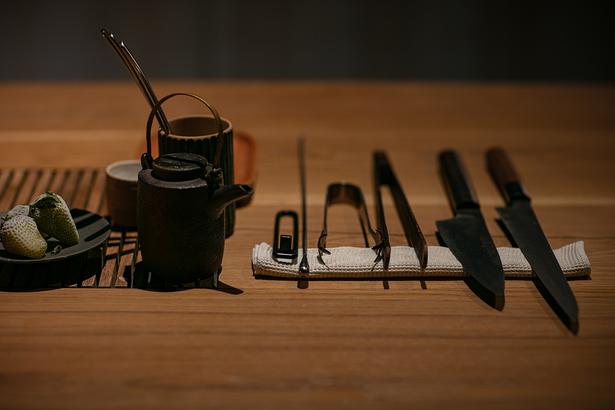 Rather than a cold drink on arrival you’re given a hot fermented mushroom broth — a nice way of welcoming you in from the winter wind.

That first arrival is the only part of the experience I’m not convinced is working. You text a number and wait on the street until you’re let in, wondering if the person on the other end of the phone is checking their messages.

Perhaps this little bit of uncertainty is a designed part of the emotional experience, but it might wrongfoot a few people when, really, they should be walking into this convivial laboratory full of confidence and excitement.

You should happily spend your 2021 holiday budget here, knowing that a meal in this room is about the most distant place you can currently travel.