Who are these people and what is this restaurant?

As per K Rd tradition, the website holds no clues, but at least Instagram supplies some brief biographical information: "Spanish flavours, Aotearoa produce" it says, and then "Wine Bar".

The less you promise, the fewer obligations you have to people showing up expecting a certain sort of thing, and as such they may be able to escape through a legal loophole when I take them to the Commerce Commission over the fact that they don't serve dry fino sherry, the defining drink of Spain, and the only beverage that matches any tapas dish you throw at it.

Like the Negroni, a glass of fino is not for everyone.

In fact eight out of 10 people will spit it out the first time you serve it to them (presuming you can get them to try it at all, once they've smelt the alcohol vapours swirling around at the top of the copita glass), but it gets under your skin.

Sip, nibble, sip and repeat — it's the ritual that gets Spain through the late nights of the bullfighting season and once you've got the hang of it you never go back. 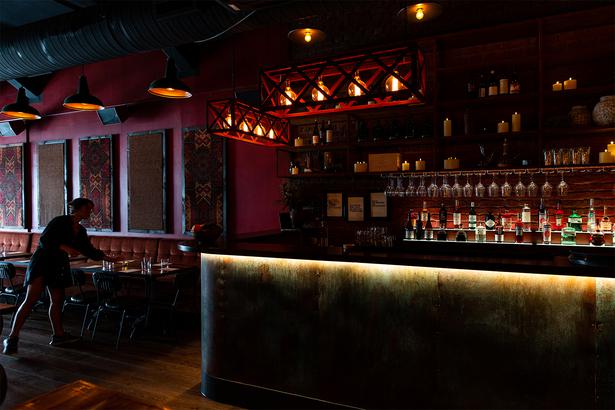 Still, they say resilience is important, so I made do with a beer while looking over a menu which is dominated by familiar but beloved dishes — oysters, kingfish ceviche, smoked fish croquettes, octopus and patatas bravas.

If I'd seen it, I would have ordered the menu del dia — a $65 per head tasting menu which I presume showcases the best stuff on offer that day.

READ: Restaurant Review: Cosy Wine Bar Beau Will Have You Returning For More

I reckon waiters should sell that option a little harder, or at least mention it, but I'm reluctant to take points off because the floor staff are one of the best things about Candela.

They're fast, they're nice, they're always there.

As noted previously by me on approximately one billion occasions, a waiter who offers a refill as you finish your drink will pay for his living wage in about 20 minutes and the customers will all be happier too. 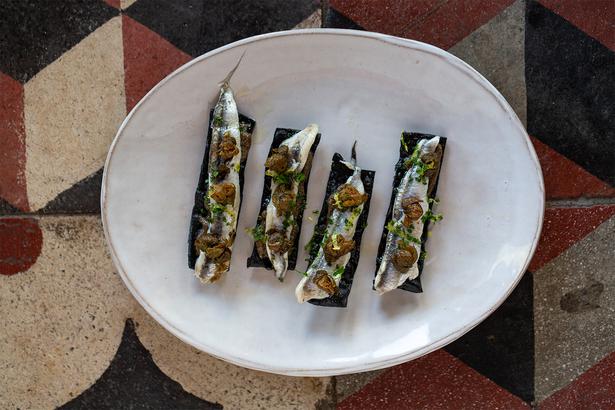 It's win-win (unless you're including your liver in the scorekeeping).

There is a spirited enthusiasm spilling out of the kitchen too.

You can't always tell these things from your table but the cooking at Candela is mostly open to view and you can hear the staff burbling away to each other on your way through to the bathrooms.

Most of all though, the food tastes like it's been made by people who are personally invested in the cooking.

I recently came across a Korean phrase "son-mat", which translates to "the taste of one's hand", and though I don't yet fully understand the cultural significance, it captures for me something I've always strongly felt: that food just tastes better when it's made by certain people. 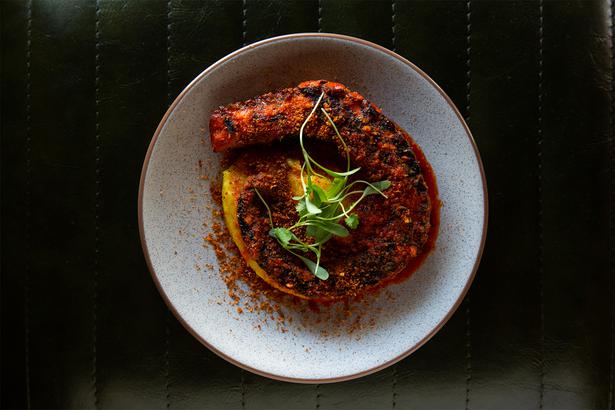 I think at first of my wife or my mum, of course, but I swear the food at Candela has it too.

I've eaten six different octopus dishes this year and though Candela's is the least fancy, it's the most wonderful: flesh grilled perfectly, better than I thought was possible; just one tentacle, but more than enough for two; a smoky fried paprika crumb, bringing crunch to each chew; and then, on the bottom, mashed potato of all things, elevated with saffron and, actually, the exact foodstuff you need in this moment, as fireworks are happening in your mouth and all you want is something starchy to spread the flavour round and subtly chill it out.

The John Dory fillet was another stunner — a great, unexpected choice as the day’s market catch, served with an almost Sicilian mix of golden sultanas, pinenuts and capers with a cauliflower puree beneath.

Even the cabbage is pretty transcendent — a hunk of brassica scorched under the grill and, just when you think you have 20 minutes of chewing hot cabbage in front of you, you realise those aren’t just char marks on the cut surface of the vegetable but a dark, sticky spread — dates, maybe — that bring an unexpected and welcome sweetness to the dish. 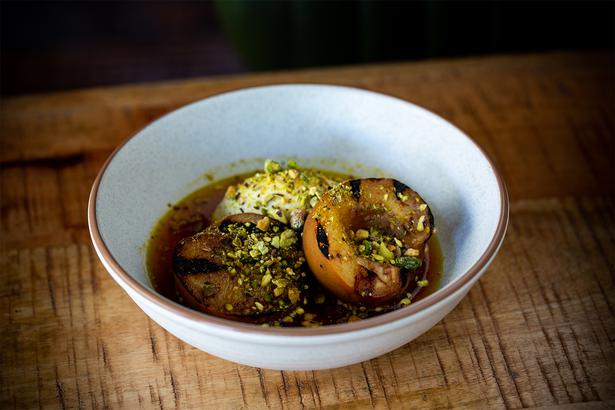 The jamon Iberico ham is good to eat anywhere if it’s treated right but seemed even better than usual here, though it came with a thick bread rubbed with tomato that didn’t add much, and might have even subtracted from the delicate, fatty charcuterie.

It’s a bar with food, really, with a sort of unusual old/young people mix that’ll be familiar to anyone who’s attended a Nadia Reid concert — it’s like the kids all brought their parents along but made them sit at different tables. I spent $230 on six drinks and six dishes, which feels more like a restaurant than a bar bill.

But the great thing about Candela’s setup is that you don’t have to decide what sort of night you’re having until you get there: have a sip, have a nibble, have another sip.

There’s nothing else like this on K Rd and, when they get a bottle of Tio Pepe behind the bar, it’ll be almost perfect.