The betel leaf with coconut and bamboo. Photo / Babiche Martens People think that eating vegetarian limits your choices but they’ve missed a trick. It may have been true in the noughties when the only thing set aside on the menu for non-meat eaters was a vege stack but we’ve come a long way, baby.

These days the best restaurants do herbivorous degustations, while even mid-range joints have dishes where meat is absent and it’s no big thing.

And we have the odd restaurant which is entirely vegetarian — including the excellent Unbakery, The Butcher’s Son and now East, a plant-based eatery which is the bold flagship kitchen of Auckland city’s Sudima Hotel.

To read through East’s menu as a meat eater is to realise how much you unconsciously restrict yourself when choosing food at a standard bistro.

Though the entrees and mains are designed for people like you, you are only ever really choosing between a couple of things. That’s because you’re inclined to narrow things down on the basis of protein — a mental meat filter where one animal falls out the bottom and becomes that night’s dinner. 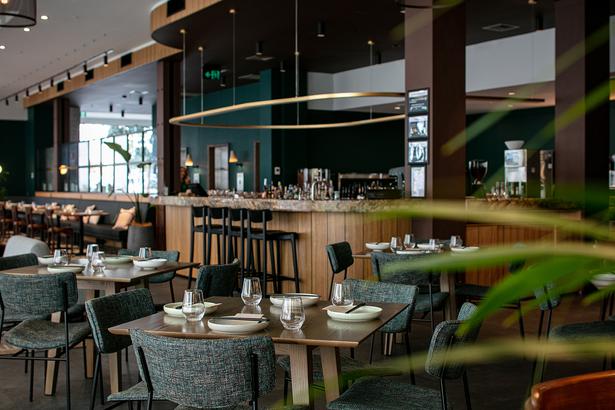 East is located in the Sudima Hotel. Photo / Babiche Martens

But when everything is vegetarian you start looking at different filters — the flavours and textures that come with the protein. Often everything sounds good because there are no red flags or restrictions — the world is your oyster mushroom.

We ordered a number of big, good-looking dishes at East and the waiter came back with them all. I don’t often get mad at restaurants but I couldn’t stop my blood boiling here, where I sat watching the poor guy hover, trying to decide how he was going to fit eight or 10 dishes on a table for two.

When he finally achieved it we had to choose between hitting every dish fast and hard to try and sample it before it all cooled down, or consume them sequentially from hottest to coldest to try and make the best of things.

God bless floor staff who consult with the kitchen (or even better the customer) on a large order and say, “You know what? Let’s start with something fresh, do an entree of pancakes then bring out some tofu ahead of your mains.”

I don’t want to be too hard on the waiters, who were generally lovely and keen to do anything they could to make us happy. 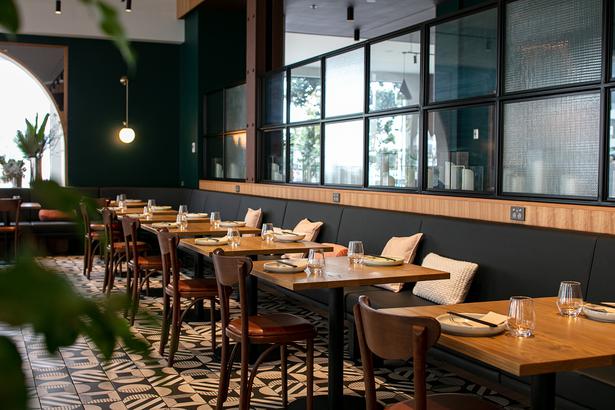 When somebody is that nervous about getting things right you can’t really begrudge them mishearing you and bringing the wrong glass of wine, or forgetting to clear cocktail glasses until halfway through the mains.

I would say they needed a little extra training but New Zealand has a big shortage of experienced restaurant staff so let’s go easy on the ones who are well meaning and getting there.

The betel leaf is a compulsory order, a fresh mouthful of raw texture that puts you in a great mood for pan-Asian eating. It’s the size of one large bite and is filled with crunchy flavour, from fresh coconut to bamboo to something strongly citrus, with a small saucer of sweet chilli you apply yourself at the final moment before eating.

Next was bang bang shitake, that particular mushroom being the Vegan Kingdom’s best unprocessed meat substitute (even better than jackfruit, which can resemble pulled pork in such a strong way that for me it weirds out the whole eating experience).

I love something very spicy to smash my taste buds at the start of an Asian meal and this was great if a little underpowered, those shitakes really eating like substantial, satisfying grub. They were glazed in a sweet, sticky sauce, which we would eventually get sick of but when you haven’t eaten like this in a while, it’s everything you need. The chef takes great pride in his range of ingredients, with sauces made from scratch and cuisines represented from China to Indonesia.

If anything, his ambition may be stretching him a little too thin — it’s one thing to ferment your own vegan XO sauce but when your noodles taste of almost nothing you may need to look at your priorities. The eggplant was bland too, with a few flecks of impotent chilli and some sugar not enough to disguise the weak, wet flesh.

On the other hand the jackfruit pancakes were fresh DIY fun, served with matchsticks of raw vegetables, a plum sauce and tapioca crackers you break up yourself to add the crunch I guess duck skin would usually provide.

A vegetarian restaurant in a hotel lobby is a nexus for bad clothing choices and the clientele might sometimes make you feel like it’s dinner time at the Otago Polytechnic halls of residence.

It says a lot when you choose to angle your chair towards the view of the Nelson St cycle lane, but the food is what you should be looking at here: fresh, unique and colourful, it’s another step into the 21st century for Auckland city dining.