Euro overhauled its interior and menu last year, so it was unfortunate for everyone that I decided to drop in and review it on November 3, aka Melbourne Cup Tuesday, aka Crate Day without the sophistication.

The inmates were running the asylum that night, and I was forced to take my novelist friend elsewhere for dinner, lest his retinas be permanently imprinted with the image of businessmen dancing.

Things were much nicer when I returned last Tuesday.

In fact, if anything, the place could have used a little more wild spirit.

Personally, I can have just as good a time in an empty restaurant as a full one but, I get it, people like to feel that they're hanging with the in-crowd.

The diners at Euro that evening had about as much cool as a hiking club for retired maths teachers.

But that will change I think, because they are aiming high at this beautiful restaurant, working against 20 years of history as a pre-loading venue for property developers and becoming a proud champion of multicultural New Zealand.

For autumn, the restaurant is showcasing queer indigenous artist Hohua Ropate Kurene on its walls and the menu now reflects Maori concepts of mara, moana and whenua — garden, land and sea.

I'm sure there are further areas for progress but even the above changes send a strong message about intention and respect. 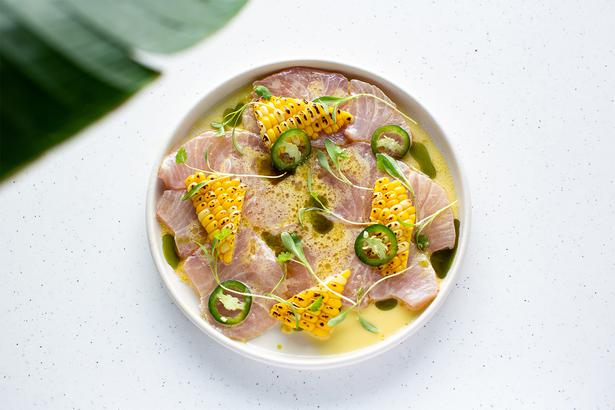 For $70 a head you can let the kitchen choose for you and that's what we did, reasoning that with a menu this substantial we were bound to miss out on some of the good stuff if left to our own devices.

As it was, the excellent parade of food didn't contain any of the items mentioned in a fancy Euro press release that landed on my desk the next day, which leads to my only complaint about the food concept as it is currently being actioned: lots of great food but so far short of one big idea that runs through every dish or even through the tasting menu.

Actually it's less a "tasting menu" and more a range of nice things.

There are no refresher courses and none of the tiny expensive mouthfuls that typify modern smart dining.

I didn't miss either and almost did a little "whoop" when I found out that dessert wasn’t included, partly because I tend to skip it these days but also because by then I was so uncomfortably, devastatingly full.

Kingfish ceviche to start was cold and pure, topped with clumps of grilled sweetcorn and dressed in a simple corn and jalapeno "juice", those chilli peppers tasting not of the usual brine but of fresh green garden flavour. The second course was seafood too: a warehou taramasalata, with salty, smoky flavours, little pops of caviar, a cold rillette of surplus snapper belly at the bottom of the bowl and some crispy lavosh for spooning it all into your mouth.

The phrase "braised pigs ears" might disgust you but it was a bold and brilliant dish, sliced into the right sort of chewy with fatty flavour turned up to 10 and topped with an egg that they encouraged you to stir up, bibimbap-style. Don't miss this if you visit.

Meanwhile, I was making my way through an excellent winelist, starting with the Cru albarino, which is happily nudging out sauvignon as the fresh wine of choice in many of the city's dining rooms.

Keen to keep things interesting, I went for a glass of something from Macedonia, ordering it with a confidence that would have quickly disappeared if the waitress had replied "perhaps sir would like to point out Macedonia on this map?".

I loved the crayfish bolognese, the chef rightly putting pasta in primi position ahead of the meat course but playing a bit of a trick on us, this pleasantly fishy ragu being almost impossible to stop eating.

Not yet knowing that lamb was on the way we shovelled mouthful after mouthful of the saucy gnocchi into our mouths, foolishly concluding that this must surely be the final thing we would be served.

As we released our respective pants buttons for the Uber ride home, a new course of food was delivered. 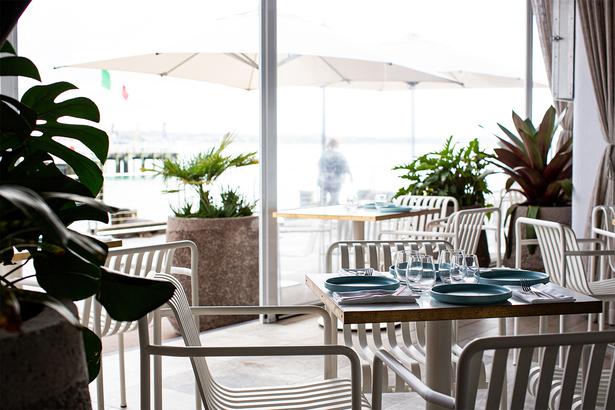 It was an incredible lamb neck on the bone: first smoked then cooked in the sous vide before finally sizzling under the grill.

It came with a medley of autumn vegetables, sprinkled with feta, along with another side dish of greens and a bowl of duck fat-fried wedges with pecorino and smoked salted egg yolk.

It was just about the best lamb dish I've ever eaten but, reader, for the first time ever I failed you, falling to my knees after a few mouthfuls and admitting that I could not eat any more.

I boxed it up and would tell you what it tasted like for lunch the next day but my wife (whom I mostly love) beat me to it.

I ate two carrots and a boiled egg instead.

I want to go back to Euro.