Ghost Street is one of the most exciting openings of 2021: a below-ground, secret restaurant run by people with a reputation for greatness. It’s hard to find, and it’s hard to find a table, so when you’re finally seated and handed a menu and a marker pen, life feels pretty good.

The 1980s show That’s Incredible! once featured a waiter who could remember people’s orders without writing them down, which seemed like some sort of magical power at the time.

Now, of course, that skill is so common that you’d barely get a slot on the New Zealand knock-off That’s Fairly Interesting (yes it was a thing, look it up), and though I order a lot of food and don’t often have a problem with missed dishes, there is something reassuring about ticking your choices with a Sharpie so that you and your waiter are literally on the same page.

The downside is it cuts down some of the interaction, and I think if I was to improve Ghost Street at all it would be by connecting the eaters a little more with the people who created the food. 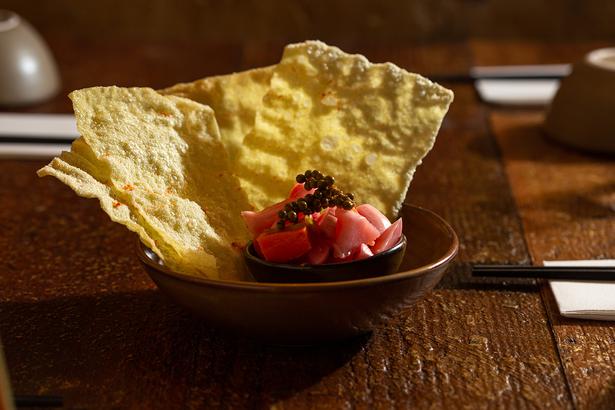 The pickles on the menu at Ghost Street. Photo / Babiche Martens

Chefs Nathan Houpapa and Khai Yee Khor have apparently spent a lot of time travelling through China, consulting with Chinese chefs and refining recipes to make Ghost Street’s food look and taste as good as it does.

I’d love to hear more about the individual dishes when ordering them — why is the dumpling folded this way? What is red vinegar? Is scallop a traditional wonton ingredient or did they substitute it for something else? You don’t necessarily notice this stuff when it’s not there but I feel like most Aucklanders are keen to be engaged and educated rather than just scoff and run, particularly when paying Britomart prices.

Take the Biang Biang noodles, a Xi’anese dish which is quite different to the noodles you might be familiar with. They are wide, for starters, but then also long — each noodle maybe a metre or more.

They’re said to resemble a human belt and though it’s fine to discover this for yourself, you can feel a little lonely trying to work out how to eat them. Slightly doughy in texture, they taste good, though they’re piled on top of a bowl of chilli oil so you work out quite late in the piece that you’re better to stir things up and get the noodles properly coated before eating them. 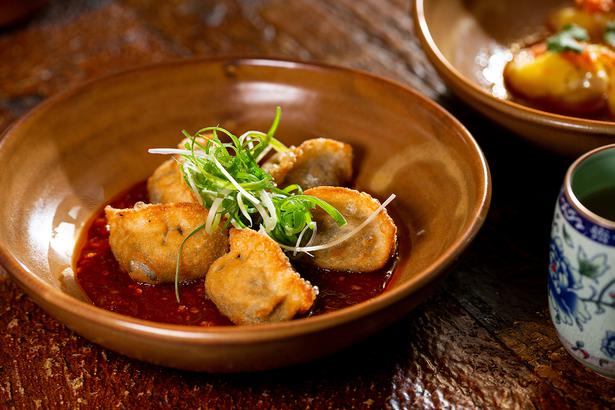 There’s a lovely fact about these noodles — that the Chinese character used to represent them takes 58 pen strokes to write, and is one of the most complex symbols in modern Chinese. But you’ll have to read about this later because on a busy night it’s too fast and noisy to do much but order and eat.

This is no reflection on the staff who are one of the best teams in the city: assured, charming and quick. I’d love for one of them to wear a Fitbit one night and report back, because they are legging it all night long between the kitchen and table, picking up glasses on the way, dropping off dumplings, taking drinks orders and answering questions, never giving any sense that they’d prefer to be somewhere else.

Though they might sometimes miss an open window it is a lovely room to wander around in — with good air con, plenty of room between tables and modern mood lighting, the only challenge being not to smash your head into one of the dozen or so Anglepoise lamps fixed around the room. It’s common these days to have a bowl of pickles on the menu though I don’t think I’ve had any as good as the Ghost Street ones.

More than just chopped veg in white vinegar, they’ve been lovingly curated for shape and colour, then steeped in not just acid but spices too — fennel seed, I think, the main background flavour with a few fried wonton skins provided to stop the mouthful becoming too much.

READ: Paul & Lisa Lee Are Bringing An Uncompromising Taste Of Korea To Ponsonby

The vegetarian options are good throughout the menu, with a shiitake, spinach and water chestnut dumpling a very good order as well as those noodles, plenty of tofu options and a Sichuan eggplant where the fruit is cut into satisfying fingers and braised in a gingery sauce, which is delicious, if not quite as tongue-numbingly spicy as you might prefer. 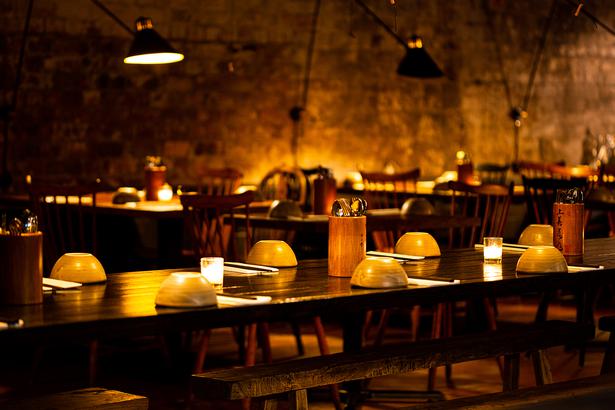 You can turn up the heat yourself, with a bowl of Sichuan chilli sauce delivered to your table (Sichuan and Xi’anese cuisines dominate here, though if you’ve been to Hong Kong you might recognise some of that city’s Cantonese-style influences too).

Though most dishes come with sufficient flavour we really unleashed that sauce on the lettuce cups, a DIY masterpiece with roast duck, little slices of intense Chinese sausage, some finely chopped veg and crispy noodles. All of the dishes suit sharing but this one is particularly satisfying to pass around and take turns at.

This building has become quite the foodie destination with Kingi, Cafe Hanoi, Mr Morris and now Ghost Street each offering something unique and wonderful. Book ahead for Ghost Street, which is so good I bet everybody there the night we were has already returned or made plans to do so.

At this northern Thai restaurant in Ponsonby, the food is joyous and the staff are joyous in a special emotional micro-climate