Restaurant Review: Hotel Ponsonby Is Just As You Like It

Before I spend 800 words telling you why you should eat here, I’ll save us both some time and tell you that there is plenty of outdoor seating and Laurent-Perrier is just $20 a flute.

“It’s the sort of place you and I would pop in for a glass of bubbles if we suddenly had an hour to ourselves,” said Victoria, obliquely referring to our previous, failed attempts to make the most of our childfree time (on one occasion we drove around for some time trying to decide what to do before we hit rock-bottom: parking outside The Warehouse and looking at pictures of the children on my phone).

We had flirted with bringing our older girls to dinner with us this time, but while that can definitely work in some ostensibly adult restaurants (Prego, for example, is surprisingly family friendly), they would have stuck out a bit here.

There is a cool and (not that) young vibe to Hotel Ponsonby, helped in part I’m sure by my friend Albert Cho’s vigorous spruiking on Instagram, but influencer endorsements only work if a place is really good, and this place is that. 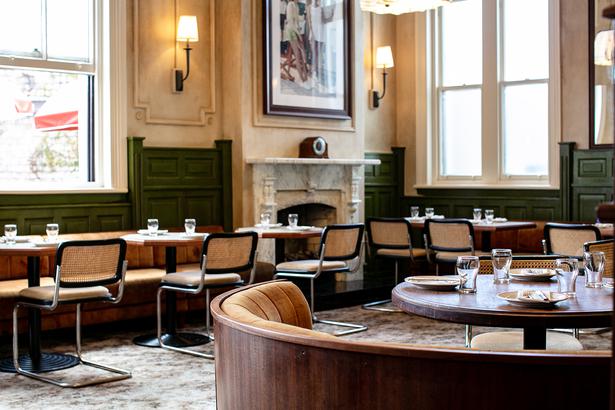 "Influencer endorsements only work if a place is really good, and this place is that." Photo / Babiche Martens

Their trevally sashimi plate is the most delicious raw fish dish I can remember eating in a restaurant, a wonderful, colourful plate of cold flavour where there is so much going on it’s hard to tell what tastes of what, but the ingredients work in such perfect concert that you suspend your critical analysis and just focus on making sure you get your share.

“Mango!” said the waitress when I asked her what the mystery flavour was but honestly, even after ordering it again on a later visit, it was difficult to tell how they’d used it — pureed with chilli and dotted around the fish, I think, but the spicy element was complex and smoky, not just the usual hit of fine heat.

And the trevally had its own thing going on, cured for salty flavour but also for what it gave to the texture of the fish: al dente but lacking any sort of clingy resistance so that each bite was clean and easy.

Yes, Hotel Ponsonby’s best secret is not the hot crowd or the loss leader Champagne but the food, which is as good as you’ll eat anywhere. The chef is addicted to smashing every last possible element of flavour out of the ingredients, so a pretty nice stracciatella and cucumber dish comes heaped with dill and other garden herbs, then drizzled in a really spicy chilli oil.

Octopus — no longer a novelty order in restaurants but often poorly cooked so that it’s either rubbery or mealy — is given the best possible treatment here, the kitchen somehow searing it so that every tiny sucker is individually singed to crunchy perfection while the flesh of the tentacle is tender to the bite. It comes with a “smoked paprika butter” which is a sauce, really, and even more tasty than you are probably imagining.

The focaccia bread fell off our order under pressure from other dishes but we really could have used it to mop up dishes like this; almost everything they served ended with a little pool of something incredible at the bottom of the plate, and though index fingers make a good rubber spatula, they aren’t as satisfyingly absorbent as a good bit of flatbread. 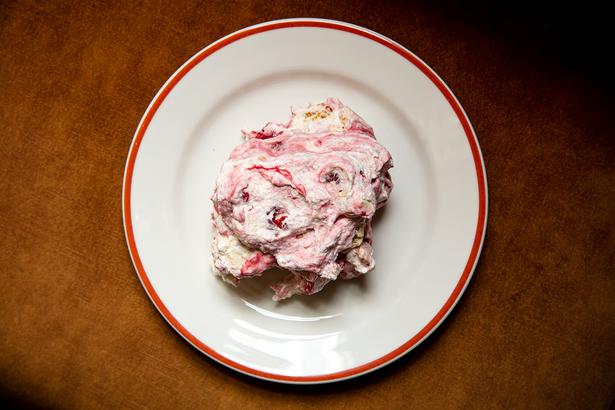 It’d be a shame if you went home without trying the Eton Mess, a dessert that was everywhere and is now almost nowhere. The dish is basically a screwed-up pavlova, and I mean that as a compliment — why should you have to carefully cut through a slice of pav, trying to get a bit of everything, when they could just mash it all up for you in the kitchen and leave you to enjoy the chaos? As well as the usual meringue/berry/cream they also do shards of honeycomb in this one: extra crunch and extra sweetness for a plate that still tastes light and fresh.

You will have inferred, by now, that nothing is very formal here. There’ve been a couple of attempts since the Belgian Beer Cafe to bring people back to this iconic corner but I think they were too stuffy, requiring of potential customers an emotional commitment to “going out to dinner” which was probably asking too much in this, the golden age of bailing.

Hotel Ponsonby has cleverly turned the room into somewhere that is open from noon until late, where you can get a drink and a snack that might turn into dinner without you ever really deciding that’s what you’re doing.

Younger diners can treat dishes like TikTok videos, following their nose from one to the next in a way that is both impulsive and compulsive, before finally realising that they’ve consumed way too much and need to go to bed.

The restaurant segues for both vegans and carnivores, for those in search of top-shelf coffee and a wine list more exciting tha...

The Korean fusion restaurant in Ponsonby is a newcomer with atmosphere, featuring Hwayo soju-cured fish, rice gnocchi and shaml...