The intimate setting at Pici can seat up to 42 patrons. Photo / Sylvie Whinray. K Rd's new restaurant has fast become a beacon, part lighthouse for those looking for classic Italian cooking, part hotspot for something exceptional

I'm deeply in love with this restaurant.

I ate there on Tuesday and wanted to go back on Wednesday, Thursday and Friday.

It's in St Kevin's Arcade, almost exactly halfway down Karangahape Rd and, when you're eating here, enjoying the party, it feels like you are inside the beating heart of that iconic street. I ate at the bar and enjoyed watching groups of diners fluttering in and out of the door (though it's tiny, the restaurant can allegedly seat 42 and they get through three sittings a night).

To my right was the open kitchen and, though we're all used to seeing how the sausage is made these days, I don't remember seeing it in quite this much detail, from the guy loading the dishwasher to the chef running traffic at the pass, every syllable audible to those of us eating on the ground floor.

Then there is a third centre of activity, behind the bar, where an exceptionally adroit bar manager hands out menus, makes drinks, passes plates of food and generally makes everybody feel like they're in safe hands.

The staff seem busy but happy — on the night I visited, each had their own cocktail or glass of wine that they would stop by and sip on and, to be honest, I loved it. 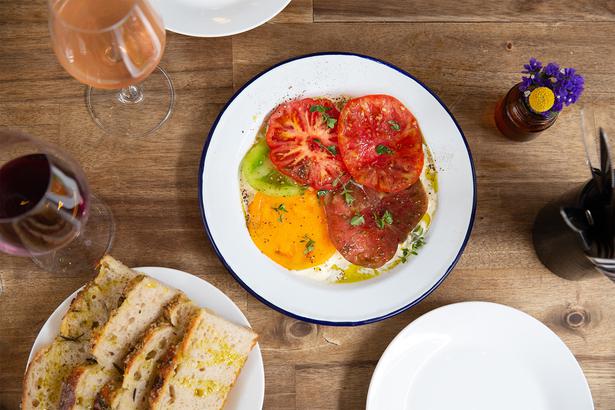 This is the best Italian food I've eaten in Auckland, from a menu that exactly captures the spirit of that country.

We'll get to the pasta, of course, but there's also a short menu of starters that you should hook into.

I'm never as excited as other people are to order fresh cheese and tomatoes but Pici's stracciatella is incredible, with just a little extra shreddy texture than mozzarella and loaded up with seasoning to bring the subtle flavours forward.

On top were large slices of tomatoes, drizzled with olive oil and singing with a little sweetness that I see now on the menu was white balsamic. 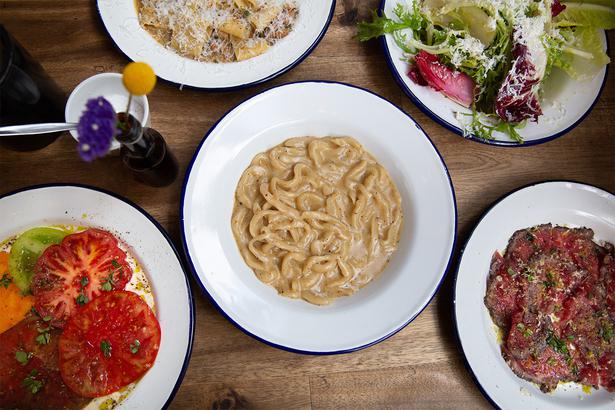 That olive oil is the secret to so much of the food at Pici.

Surprisingly, they source their oil not from an artisan press outside Siena but from a supplier in Kerikeri — the owner having been unable to find an Italian olio d'oliva that was quite as good.

The Northland stuff is deep green, very fresh and flavourful without having to wear its pepperiness on its sleeve.

I ordered a plate of bitter leaves that was outstanding — a heap of fresh, crispy colour that would be perfect for two or three people between mouthfuls of the starchier stuff. 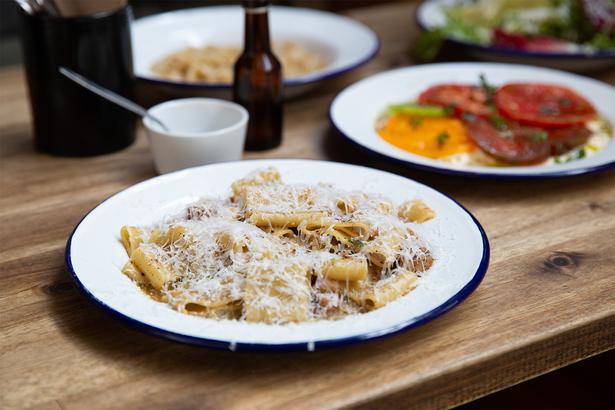 Pici's cacio e pepe is becoming famous but it was this salad that convinced me they know exactly what they're doing — the best fresh leaves with just a lick of dressing.

It's a salad made by a chef whose moments of restraint are as impressive as his moments of indulgence.

But he can indulge when he wants to.

You need to come here for the cheesecake, which is a perfect creamy, lemony thing topped with seasalt and, incredibly, more of that olive oil. 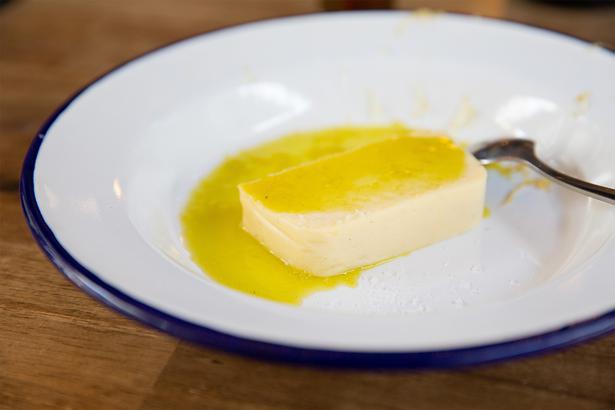 The oil isn't an afterthought but a generous, crucial part of the dish, coating the inside of your mouth and sheltering it momentarily from the blast of sweet cheesecake flavour.

Of course, the pasta is wonderful — you know it is going to be when you watch them drop handmade clumps into boiling water, while carefully stirring the sauce in a separate pan.

These are pasta dishes whose flavours do all the speaking, and while you have to try the cacio e pepe (a simple, perfect dish of fat spaghetti coated in cheese and black pepper sauce) you will also love the huge tubes of rigatoni, served with pork mince spiced with fennel seed.

There is plenty of good stuff to drink, too.

The waitstaff know the list well (one of the bonuses of letting them sip their way through it, I suppose) and you might find the best choice is to let them choose something for you.