Restaurant Review: Sample A Taste Of The Mediterranean At Siso

The corner restaurant in Remuera serves Middle Eastern flavours inspired by food all over the map, plus a dose of transportive nostalgia

There’s a different sort of swagger to restaurants on this side of town. As we finished our dinner the staff were setting up Champagne buckets for some imminent VIPs — parents from a nearby private school who’d been attending a special performance by the stars of The Lion King held in the college auditorium.

An exclusive show by an international cast on a school night — sounds pretty good, though one time at my public school in Hamilton an unemployed guy showed up at lunchtime and did doughnuts in his car on the hockey field, so we’ve all got stories.

Once they’d spotted me as a reviewer I got the VIP treatment too — an unembarrassed lavishing of special attention and free things which I’ve never experienced before.

“Can I start you off with two glasses of Champagne, on the house?” asked the maitre d’. I politely declined because it’s unethical for somebody maintaining journalistic neutrality to accept gifts in the course of their appraisal. Then I changed my mind and said yes, because Champagne is nice. 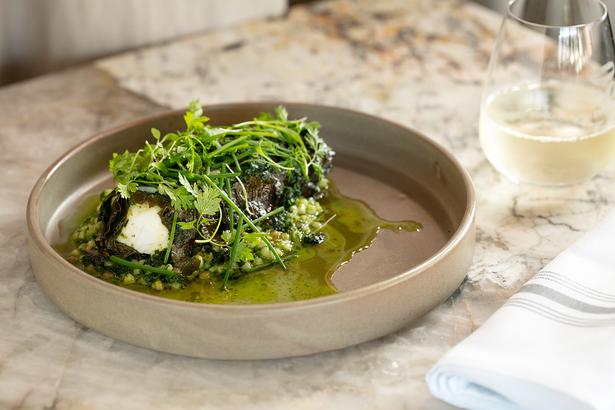 I drew the line at the signature lamb shoulder he tried to gift me, reminding myself of all that stuff about integrity and explaining to him that if I didn’t pay for it, I couldn’t write about it.

As it was I’d already tried much of the menu so, after paying for it, I took a lot of the lamb home in a doggy bag: it had been cooked for many hours in a sort of sealed package of baking paper so though it wasn’t redolent of much besides excellently cooked lamb, it was perfect for reheating with some Greek flavours and wrapping up with hummus and yoghurt for lunch.

On the night, it came with potatoes that might have been baked but may as well have been steamed as they were a bit bland — you’d have to be a real spud enthusiast to enjoy chewing your way through them rather than smashing them up and disguising their plain flavour with the lamb jus.

Siso is, in theory, a Mediterranean restaurant but there isn’t much here that will immediately transport you to that part of the world — that’s just fine though, because the food is mostly really lovely. They started strong with a cold, clear ceviche dressed with passionfruit and red rings of fresh chilli.

You have to really know what you’re doing curing fish with fruit but this one was beautifully balanced and I suspect consultant chef Gareth Stewart had something to do with it — apologies to the head chef if that’s not the case. There are truffles around right now and I don’t think we’ve ever had a season like this one — I’ve eaten three meals in a row where it’s offered as a supplement and Siso might have nailed it better than anyone so far, shaving the fragrant truffle over a very simple dish of white spaghetti, olive oil and parmigiano. I could eat this dish every night, probably every meal.

It’s a good wine list and our overly generous restaurant manager was back at it again, brazenly opening wines that were meant to be purchased by the bottle and pouring samples for me just to see what I thought of them.

READ: Copia Is Worth Going The Extra Distance For

The Restaurant Reviewer’s Ethical Manual is unclear about what to do when offered a wine tasting in these circumstances so I referred to the Hamilton Ethical Manual, which advises that in all cases one should begin by drinking the free booze.

I have a wealthy friend who no longer enjoys eating out because restaurants don’t stock wine of the price and quality he prefers but I think he’d find something he likes here, on a special menu of $150-$900 bottles called “Wines We Love”, which, thankfully, our guy didn’t remember to crack out for us.

The mains were quite slow to come out, which, given how hard they were trying to impress, suggests they might have had one go at them, been unsatisfied and so started again (this has happened on previous occasions). 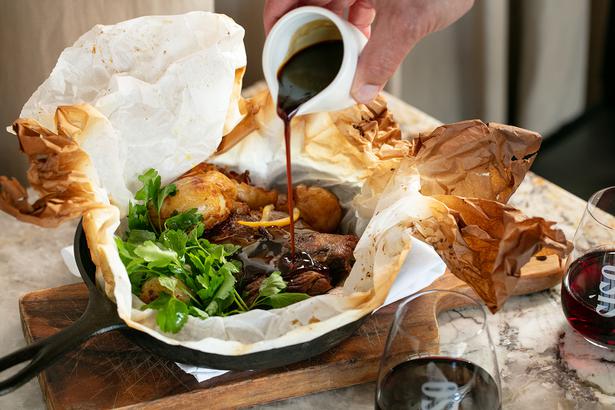 In any case, when the plates of food arrived they were perfect if again a little lower than expected on the flavour scale — the steak was medium rare as promised though relying heavily on mushrooms for interest, while a monkfish wrapped in vine leaves was a solid option with no technical flaws, served with soft herbs and a nice Sardinian couscous — like the Israeli variety the balls are bigger than usual, though it’s more of a starch than a source of flavour.

So: food you will like, great wine, a nice spot on the corner and the only thing I can complain about is no apostrophes on the toilet signage and chairs that are a little slippy on the cobbled floor. I can’t promise you’ll be treated like I was and some of the servers seem a little green but the attitude was great all round.

Many of Siso’s key staff have actively chosen to move out of the city viaduct scene for a hospitality life in the suburbs, and they seem to be very happy here so far.

Loyalty to owner Richard Sigley is part of the story too — “no matter how bad it got last year, he paid us on the dot every week”, one of the waiters told me. It’s no wonder they’re feeling so at home.

The railway-themed restaurant homes in on heat and delicious, artful cocktails