There are only 20 seats and three sittings a night at Spiga. Photo / Babiche Martens Restaurant Review: Spiga Is Authentic Where It Matters But Inventive Where It Doesn’t

If the address on the right looks complicated, just wait until you try to find the place. I wandered the city streets in hope, occasionally running into other couples who were looking for the restaurant too.

“It’s this way!” I called out confidently at one point, and people from all directions emerged out of the dark and surrounded me with delight. But no, it wasn’t a restaurant I’d spotted with the lights on: it was a hairdressing salon. I shrugged my shoulders and they all scurried back to the shadows from whence they’d come.

With no signage, no street numbers and no shop front, Spiga is playing hard to get. But it doesn’t seem to matter. When I eventually found them (down a lane, round the corner, behind a construction site) they were full, with several people standing and waiting for a table. 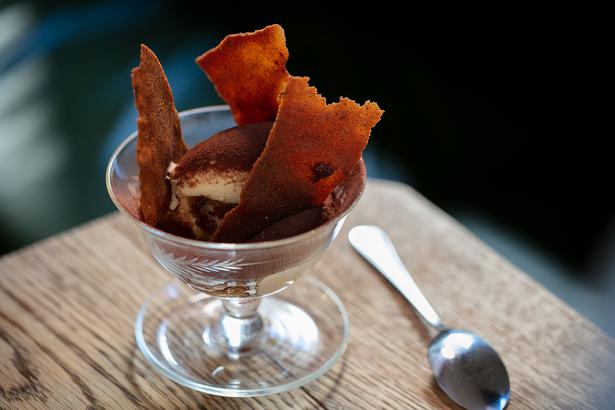 There are only 20 seats and three sittings a night, so you can forgive some bottlenecking at the final 8pm changeover, especially when you learn that they’ll soon move into that construction site and there’ll be room for dozens more tables and a place to drink while you wait for one.

Spiga is one of the best — cooking Italian food that is authentic where it matters but inventive where it doesn’t. It’s run by a couple who’ve had some success overseas but haven’t opened a restaurant in this city before. The owner would occasionally say something along these lines — that they were in trial and error mode, still learning the local ways, etc., but really she needn’t worry: everything is fantastic.

The dishes are divided among snacks, starters, pastas and pizzas, and you should try to get one or two of each. Start with the prosciutto, which is as great as ever, with perhaps some differences to what you’re used to, coming from the San Daniele DOP rather than the Parma we usually run into over here. 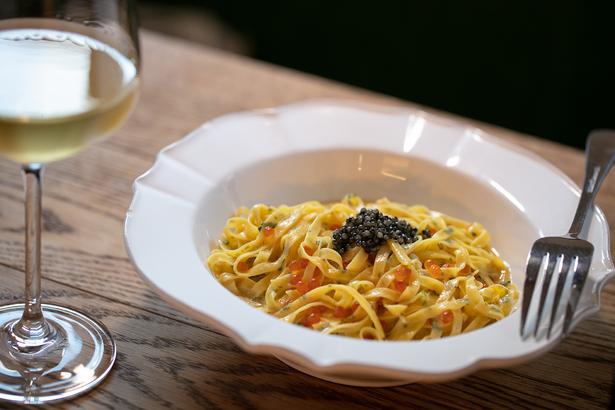 The differences are mostly observable in the shape and size of the whole ham rather than the slices that will arrive on your plate, though it would be fun to eat both side by side and observe whether the different air and altitude have much effect on the flavour. At Spiga you get your ham with lightly fried pizza dough — grape-sized balls of puffy dough deliciousness which help turn this bar snack into something filling.

The chef is rightly proud of his dough, and at the end of the night we saw him carefully weighing it out for the following day. His trick is to add as much water as the Type 00 flour can possibly bear, making it extremely difficult for him to work with, but providing great rewards for the eventual eater, who’ll notice straight away the extra air that his recipe allows for in the base.

Some of the pizza toppings are traditional but others are new and clever, featuring ingredient combinations that are usually found on the pasta menu. We had the cacio e pepe, currently very fashionable in a bowl of thick spaghetti but delicious melted in the pizza oven instead, topped with some globe artichoke pieces, which are inevitably marinated at this time of year but hopefully might turn up fresh in the summer.

The pasta is perfect too, with just the right amount of sauce per strand and cooked a little under by conventional New Zealand tastes, the way it works best. My dining buddy, Al, had promised his daughter he wouldn’t order the veal but, like the world’s lamest trip to Vegas, we agreed that what happens on tour, stays on tour. 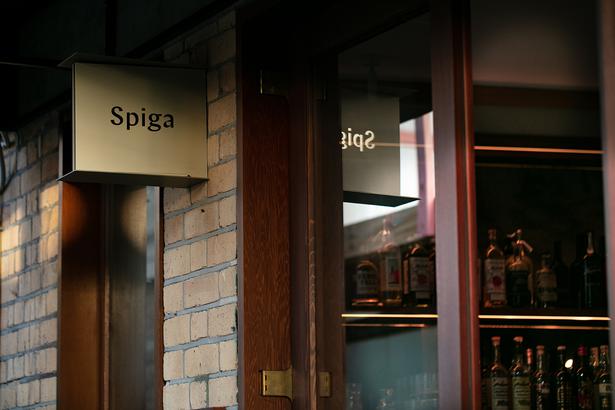 Find Spiga down a lane, round the corner, behind a construction site. Photo / Babiche Martens

It was a good choice and the handmade tagliatelle would have been tasty enough with just the ragout but it came with a zesty salsa verde and plenty of cheese.

I misordered and got a simple tagliolini with salmon roe, caviar and mullet roe — there was literally nothing wrong with this dish but after a few salty, fishy mouthfuls I decided I should have gone for something more comforting.

I commented on an apparent lack of fresh vegetables and the owner made a loud “HA!” sound. She’s apparently been telling her chef-partner for years that he should put a salad on the menu. From the kitchen, he shrugged and insisted “burrata is a vegetable”, so clearly she has her work cut out for her.

This good humour flowed throughout the evening: just a couple of months into service they’ve already created a happy restaurant that feels like it’s been here forever. I look forward to them expanding further in the spring, when Spiga will become a place that is easy to find and hard to ignore.