This is the most exciting sort of new restaurant because it’s a new style of restaurant, as well as not having been open all that long. It’s all very well launching an Asian-fusion eatery doing shared plates on the city fringe, and Stanley Ave’s frontman Matt Aitchison has more than enough contacts and experience to do that, but instead he’s left the isthmus entirely and returned to his home patch, in Milford, to open a bar-bistro on a popular neighbourhood street corner.

There aren’t many good restaurants on the Shore, and each new one helps define the genre.

You might remember Matt’s face from Masu or Cassia, and it’s a good face — when you see it upon entering a restaurant, you know you’ve made the right decisions with your life. I’ve never had a bad time when he’s in charge, and this was no exception. 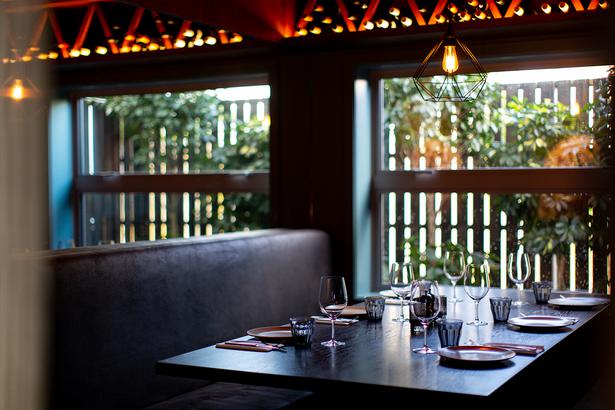 "Loads of thought has been put into the fit-out," says Jesse. Photo / Babiche Martens

Before its current tenant, the building spent a very short time as an organic food store and prior to that sold hunting supplies, a history the new owners have honoured by laser-cutting the door from the old safe and turning it into a tabletop in the central booth.

This is the spot you should try and nab if you have any choice in the matter, although anywhere will do (there are outside tables that are popular with smokers, by the smell of things). Loads of thought has been put into the fit-out, which features nifty floating tables and a wine rack at ceiling height that stretches around the room.

Matt made his name as a sommelier so you should invite him to choose something for you — that’s what we did and ended up with a beautiful, textural vouvray that was so good it was hard to move on to anything else.

Stanley Ave seems to be pitched as a wine bar with food but if you want to treat it as a restaurant you’ll find nothing missing. We (my uncle, aunt and I) started with a round of snacks that arrived eventually, following a brief misunderstanding that was more fun than frustrating. 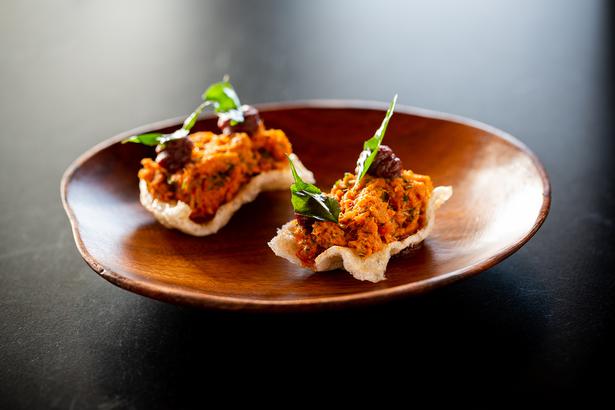 Like that scene in Spinal Tap where the heavy metal band requests a lifesize model of Stonehenge for the stage but accidentally supplies the measurements in inches rather than feet, I asked for “one each” of three small snacks and received three tiny snacks in total: one per person.

I’ve thought and thought about how I could have made this clearer and I think the only way the English language will allow it is if I’d specifically said “bring me nine snacks”. Anyway we all had a good laugh about that, including waiter Matt, who has spent so much of his life taking orders in restaurants that, if he gets something wrong, you know with certainty that it’s your fault.

They were delicious, those snacks: a seasonal mushroom profiterole, a pork-on-pork — that had spicy heat from nduja and a single fragrant curry leaf on top — and a white-bread crab sandwich that tasted good if a little out of context: for a moment I felt like I was attending an investiture at the Governor General’s house. For my entree I had a brilliant and unexpectedly spicy venison tartare, served with a smoky charcoal mayo and big crunchy lavosh crackers for scooping. The seared tuna was perfectly done — not drenched in dressing like a classic ceviche but served cold, raw and largely unadulterated, with crunchy puffed rice and a citrus-heavy ponzu.

My wife had opted out of this meal because she feared the mains would all be classic bistro-style meats, heavy on the jus and low on fresh flavour.

She wasn’t wrong but that’s not a criticism, just a note that you should be sure this is the style of food you’re keen on before you make your booking. If it is, you will be incredibly happy — there is so much hearty flavour in every dish that you don’t seem to be able to order badly.

Aunt Jane’s beef cheek was served as a whole but cooked so long and slowly that you could have eaten it with a spoon — the parmesan polenta was an extremely happy indulgence. 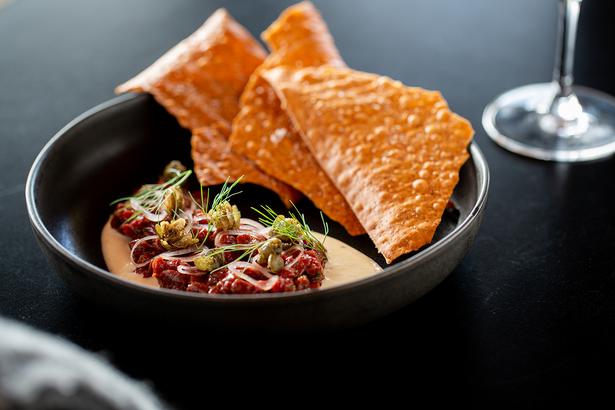 If lamb is on the specials menu you must order it — the chefs are slowly making their way through a whole organic lamb so are being stretched creatively to use each part of it. My saddle cut, which was served ballontine style, stuffed with chicken “mousse” and served with caraway-glazed pink cutlets, was one of my favourite meals all year.

Matt owns this place with his sister Kathryn and some others, and it felt right to be eating in this family restaurant with my family.

It’s a no-brainer if you live nearby but, like The Engine Room, well worth crossing the bridge for too.