Dirt Candy was the first vegetarian restaurant to be awarded two stars by the New York Times. Photo / Dirt Candy The Chef Behind New York's Dirt Candy Is Coming To Auckland

Innovative New York restaurateur Amanda Cohen does incredible things with vegetables, and she’s coming to Auckland to play with ours

When Amanda Cohen opened her vegetarian restaurant Dirt Candy in New York in 2008, there were no other chefs treating vegetables the way she was. At her fine-dining restaurant on the Lower East Side, fresh produce is more than a side dish or after thought — it’s the star of the show.

Amanda pushes vegetables to the limit, using every part to experiment with flavours and textures and rewriting the rules in the process. Her approach has been recognised by critics, with Dirt Candy the first vegetarian restaurant awarded two stars by the New York Times, changing the restaurant’s trajectory from an intimate 18-seater to a 60-seat dining space in 2015. More awards followed, with the restaurant in the Michelin Guide five years in a row.

“Dirt Candy is a lab where I push vegetables further, make them more delicious, stranger, and less boring than you’ve ever had them before,” says Amanda. “With vegetables there are no rules: who knew that onions and chocolate were an amazing combination, or that roasted cucumbers make an amazing broth? Dinner should be fun, unexpected, and never boring. That’s what Dirt Candy delivers.” 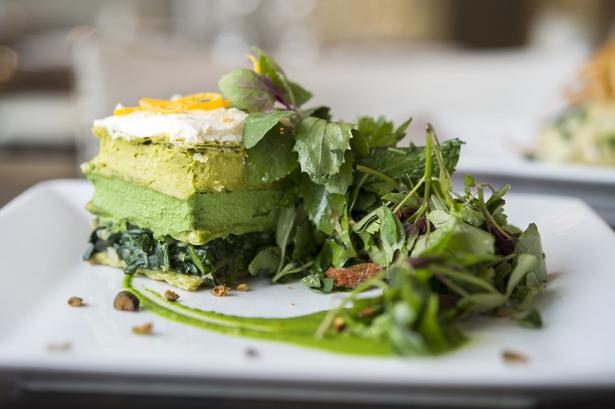 Dirt Candy was the first vegetarian restaurant to be awarded two stars by the New York Times. Photo / Dirt Candy

Amanda is bringing her plant-focused ethos to Auckland next month as part of American Express Restaurant Month, teaming up with Giraffe’s Simon Gault to create a plant-based menu that will showcase New Zealand producers and growers, and her unique approach.

“I’m really excited to use ingredients from the local purveyors and farmers Simon works with,” says Amanda. “Sometimes a local vegetable will be so different from what I’m used to that it takes a dish in a whole new direction.”

READ: Why Aubergine Is So Hot With The Hipsters

Diners can expect some of Amanda’s favourite Dirt Candy dishes on the menu, such as “the addictive” Korean fried broccoli; and a portobello mousse, “which is the silkiest, smoothest, earthiest thing you’ve ever tasted”, she says .

Viva caught up with the chef ahead of her visit to chart Dirt Candy’s beginnings, and grill her on next month’s event. What inspired you to open a vegetable-only restaurant?
I only know how to cook vegetables, so it was the only thing I was interested in cooking. I hit a point in my career where I’d cooked in every vegetarian restaurant in New York and I knew that none of them were going to let me try these crazy ideas I had in my head, so my only choice was to open my own restaurant.

How is your “vegetable-focused” restaurant different from vegetarian restaurants?
Dirt Candy has no political, health, or ethical platform. All I want to do is make vegetables taste amazing. I don’t cook with meat because I’m not interested in meat. Vegetables are way more interesting.

Before Dirt Candy opened, the only restaurants exclusively cooking vegetables in New York City were vegetarian and vegan restaurants that existed to serve lifestyle vegetarians and vegans. Which is great, I ate at a lot of them, but there’s a huge gulf between their ambitions — feed vegans and vegetarians — and my ambitions to do things with vegetables no one has done before.

Does that limitation on what you’re cooking with force you to be more creative?
Cooking vegetables is radically different from cooking meat. You have to think about the process differently. It’s a different philosophy, it uses different techniques and tools, it takes more time and work, it’s a complete shift in how you think as a chef. I can’t tell you how many talented chefs can’t wrap their heads around Dirt Candy’s food because it’s from a completely different dimension. 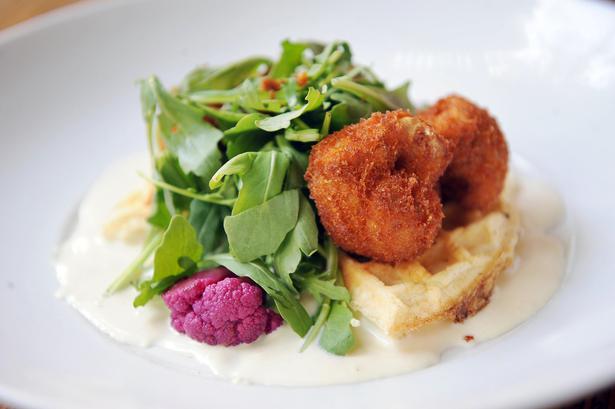 What are some of the most innovative dishes on the menu?
I always love the latest dish, so right now I’m all about our beets. I shave red and candy cane beets into long strips, put them on skewers, and customers roast them at their tables on binchotan grills, which are tiny charcoal grills from Japan. The beets char, and collapse into soft, smoky strips of beet flesh, then you dip them in lemon juice and sprinkle them with salt and white pepper. They’re sweet, savoury, salty, smoky, and at the end the lemon juice gets infused with beet juice and turns into the most delicious lemonade.

How have you seen vegetarian food change since you opened Dirt Candy?
A lot of meat-free restaurants have opened in our wake but New York City being what it is, a lot of them have to be cautious about taking chances with food. It’s tough to run a fine-dining restaurant in New York because the city’s economy is rough on small businesses. Restaurants have to play it safe and aim for the crowd-pleasing middle. I can’t do that. For me, Dirt Candy is a roller coaster where I get to experiment with vegetables every night, so we keep on doing crazy things that some people hate passionately and some people love. If I’m going to go out of business I’m going to go out big.

What can diners expect from A Taste of Dirt Candy?
My philosophy is to use every part of a vegetable, and to use as many different versions of that vegetable, so the brassica dish I’ll be serving has as many different members as I can stuff in — purple cauliflower, pak choi, smoked cabbage, mustard oil, just for starters — it’s like a clown car full of brassica!