How much have you absorbed from the world of wine this year? Take Jo Burzynska’s annual quiz to find out.

1. What vessel is not being used by winemakers in New Zealand for fermenting or ageing commercially produced wines?
a) A ceramic egg
b) An oak barrique
c) An acacia puncheon
d) A gum boot

2. Which country is the largest producer of sauvignon blanc?
a) France
b) South Africa
c) Chile
d) New Zealand

3. Which of these wine-label terms has a legal definition in New Zealand?
a) A stated grape variety, if it makes up at least 85 per cent of the wine
b) Reserve
c) Estate
d) Cuvee

4. Establishments across New Zealand celebrated International Sherry Week in June; which one of these is not a true Spanish sherry style?
a) Fino
b) Amontillado
c) Tawny
d) Oloroso

7. A small but growing number of local winemakers are now making "orange" wines, but what are they?
a) A wine made from oranges
b) A wine tinted with orange colouring
c) A wine that's turned orange through oxidation
d) A wine made from white grapes fermented with their skins

9. Which of the following was not a finding of a US study conducted by Dr Liz Thach MW into gender and wine preference?
a) Men and women all preferred cabernet sauvignon, merlot and chardonnay
b) Women favoured sweeter wines
c) Women identified wine-drinking as a more social pursuit
d) Men tended to spend more per bottle

10. You shouldn't be afraid to return a faulty bottle of wine, but which one of these characters is not necessarily the indication of a wine fault?
a) Musty odour
b) Aroma of nail polish
c) Boring, bland palate
d) Brown colour in a young white wine 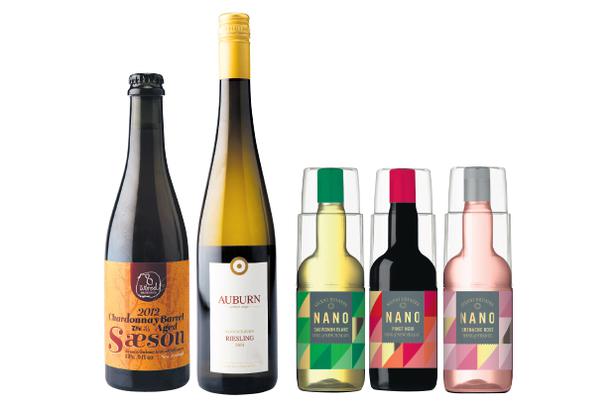 8 Wired Chardonnay Barrel Aged Saeson 2012 $16
If you're a wine lover looking for a special beer for the summer break, 8 Wired's Saeson could be the ale for you. It was aged in an old chardonnay barrel containing brettanomyces yeasts, which are bad news for wine but give a fabulously funky edge to this fuller-bodied 7 per cent ale with its distinctly fruity character, notes of musky honey and vanilla, subtle hints of herb and hop and refreshingly sour finish. From Farro Fresh, Blanc, Brother's Beer, New World Victoria Park.

Auburn Bannockburn Central Otago Riesling 2014 $28
Low-alcohol riesling is the perfect choice for summer sipping and this fine example from Auburn possesses just 10 per cent alcohol. It combines power and delicacy in its palate of white peach and lemon over an intense undercurrent of mineral salts that builds to a wonderfully fresh finish. The bad news is that this is the last release from the riesling-only label after the relocation of its winemaker, Max Marriott, to the US. From auburnwines.com

Sileni Estates Nano range $5 for 187ml bottle
Sileni Estates has released a leak-proof and unbreakable single-serve all-in-one glass and bottle that's perfect for picnics or al-fresco occasions. The Hawkes Bay estate developed the 100 per cent recyclable multilayer plastic package in collaboration with French wine merchant Paul Sapin, which includes UV light absorbing materials and oxygen protection to safeguard wine quality and extend the shelf life of the wine beyond that of most other plastic bottles.