Boutique cocktails tailor-made to each individual customer’s taste and mood could be a barfly’s future, writes Rebecca Barry Hill.

The cheek. Cocktails with one of the world's best bartenders and he's telling us to make our own drinks. There's no right or wrong way to do this, says Joe McCanta, the global ambassador for Grey Goose vodka, as we pick up our old-fashioned glasses. But there are rules. We must fill the vessel with ice. This isn't so we can skimp on the good stuff. The larger surface area of the ice prevents it from melting, so the less diluted the spirit.

We're in Sydney for the Grey Goose "Taste by Appointment" event at the modern Art Deco QT Hotel. The point of this three-course dinner and cocktail-crafting workshop, which started in London three years ago, is to learn which flavours best suit our palates, and it's presided over by the chatty, chiselled McCanta, a former sommelier and jazz pianist, schooled in the art of mixology in New York.

The 33-year-old is now the premium vodka brand's globe-trotting spokesman. After flitting between Brazil, Mexico, Europe, the US, Canada and now Australia, how on earth does he stay healthy?

"For some people drinking is to get to a certain place. It's not for me. It's an experience. Having that in mind keeps you in check."

Time to line the tummy then. Our individual sourdough rolls are suspiciously saltless, as is the butter. Sacrilege, on MasterChef. So we add a pinch of salt and discover how much it enhances the flavour. It makes sense we apply that theory to our cocktails, too. 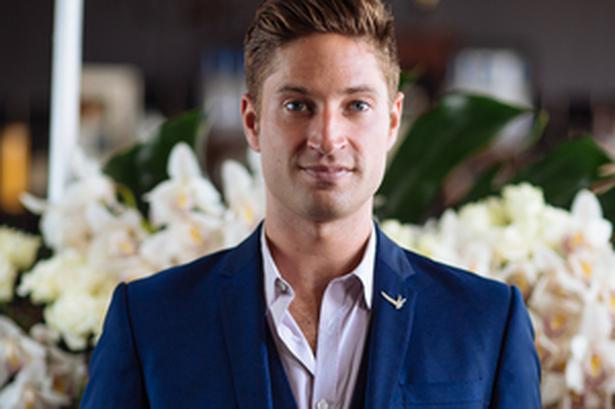 McCanta recommends we sip the vodka on its own first; a good bartender needs to understand their base materials. Then we add, in varying amounts, ice, lemon juice, sugar, angostura bitters, and a dash of soda water, tasting as we go.

We all experience flavour differently because of our genes, McCanta explains. To finish, we add mint (slapped between the hands to release the flavour), lemon peel (rolled across the rim of the glass), pepper - and of course, salt. Just as a chef aims to balance flavour, we experiment until the drink is just right.

Mine's bitter, my neighbour's tastes much sweeter. Still, we're not about to get carried away and start setting up our own bars, unlike McCanta, who has watering holes in Istanbul, Stockholm, Munich and London, where he lives.

"There are lots of bartenders out there who make really complex drinks but it's at the expense of their guest," he says, later. "They're forgetting half of our job is intuition, knowing the vibe of the customer. Are they having a good day or a bad day? Are they wanting to talk to you or be left alone? How should you serve the person first?"

Preferably with an amuse-bouche. Ours represents three flavours. A beetroot tart with goat's curd for sweet, the first flavour we develop after birth, snapper ceviche with lime, red peppers, coriander, avocado and shallots for sour (an evolutionary trick to warn us food is going off) and a purple witloof leaf filled with cured ocean trout, lime aioli, salmon roe and chives for bitter (to warn us of poisons - incidentally, my favourite). 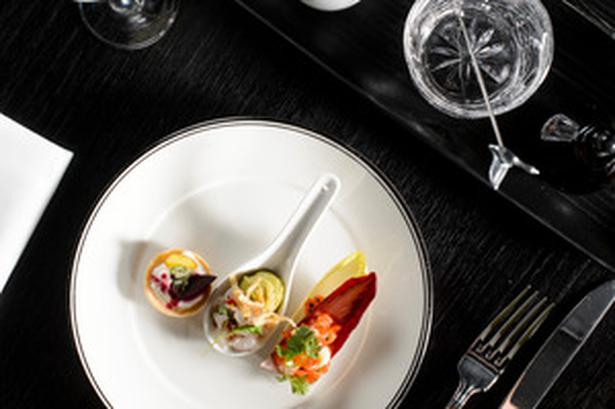 Where you might ordinarily pair this with a glass of bubbles, we try it with McCanta's signature cocktail, Grey Goose Le Fizz, a pleasantly sparkling vodka and elderflower number. McCanta created it for the Oscars and Emmys as an alternative to Champagne.

By now everyone around the table has moved on from discussing our taste buds to ... well, one woman is talking about throwing up in an aeroplane. Interesting conversations came with the territory when McCanta worked as a bartender in New York. It gave him amazing insights into people and taught him that the adage "don't judge a book by its cover" is true.

A woman with a shaved head and tattoos would come into the bar every day and order the same thing: sangria to drink, mushrooms to eat. She'd sit there quietly and sketch. One day she disappeared. McCanta learnt she'd been hit by a car so he arranged to have her usual sent to hospital every day. 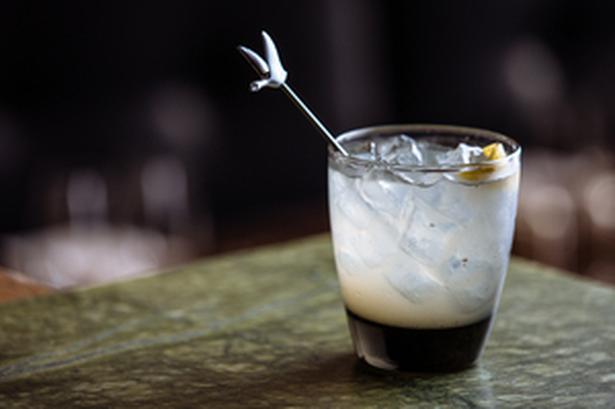 She was so blown away she offered to tattoo McCanta for free. This would've been awkward if not for the fact that he was a willing canvas, and she was an artist whose work had appeared in MoMA. A griffin (the lion-eagle, not the dog) now adorns his left upper arm.

The next vodka martini (no gin here) is muddy in colour, like weak tea with oil floating on the top, and a heady, salty aroma. It represents "umami", which the Japanese recognise as "pleasant savoury taste", and Western scientists call the "fifth flavour".

James Wynn-Williams, Australia's Grey Goose ambassador (and TVNZ reporter Ruth's brother), created it by sous vide cooking Tasmanian black truffles at home. You wouldn't want more than one, but it works surprisingly well with the wagyu rump and anchovy butter it's served with. McCanta says the next big trend in cocktails is "precision serves".

At the beginning of the night, bartenders working at the White Lion in London for instance, pre-make their cocktails using citric acid, rather than the more variable lemon juice, and keep them bottled in the fridge, so they know the customer will get the same drink every time. "Then they pour it into a glass and garnish it, add the essences. It's absolute consistency. It's almost the way things are headed, very futuristic."

The romantic in me is appalled but all is forgotten when dessert arrives. Poached pear tart with cinnamon and anise, it's paired with a vodka cocktail that tastes like a fresh green pear. 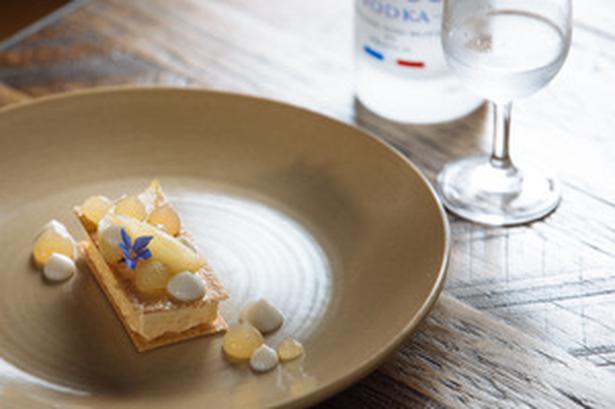 At the end of the night, we're invited to order our own custom-made drink. Bartender Loy Catada makes mine a martini with vermouth, orange, cucumber and almond, the latter not a flavour I usually like in sweet things, but in this dry concoction it seems to add depth. McCanta says cocktails will continue to evolve as consumers choose to learn more about what it is they're drinking.