You won't see one name on the cover of Amisfield: Food, Wine and Stories from Central Otago - it was a true collaboration. Current and former chefs, the marketing team, winemakers, vegetable growers, even CEO Craig Erasmus had a hand in compiling and testing recipes. It was business as usual, I'm told: everyone chipping in to make the winery, - which is celebrating 25 years - and its 10-year-old bistro the success they are.

"The way the whole kitchen works here at Amisfield is really collaborative," head chef Jay Sherwood explains, "and there's a couple of key guys that are really creative and good at what they do, so there are probably very few recipes solely written by me, by one particular person."

The humble Redondo Beach, California-born chef has been at Amisfield's Lake Hayes bistro (a 45-minute drive from the vineyard) for two-and-a-half years. He brings a wealth of knowledge from his European travels, and an American just-do-it mentality, perhaps from his poolside burger bar beginnings.

"I got that job so I could buy my first surfboard - that's about as Californian as you can get."

Although he's added Spanish and Italian influences to the Amisfield menu, and introduced the making of fresh pasta, he hasn't wanted to change too much.

"The bread starter's been here for 10 years so, obviously, I wasn't gonna mess with that, and there's some classics that there's no way I could take off the menu or the locals would hang me by my toes," he laughs.

This easygoing nature seems to infuse his work, with "fun" being a theme throughout our conversation. 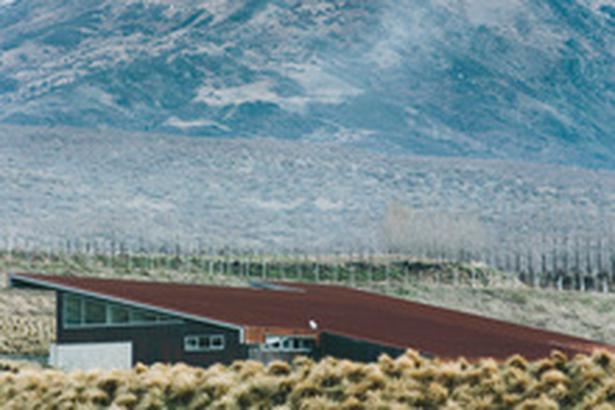 On the long hours perfecting recipes: "It was such a fun process"; on cooking seasonally: "It's so fun to cook that way. You have to just be creative with what comes out of the garden"; wine-matching in reverse, creating dishes to match the Amisfield wines: "It's just such a fun way to cook."

"I love showing up here because it's such a beautiful site to work in," he says. "Just like today, opening the kitchen doors and looking out to snowcapped mountains and beautiful, golden fields and Lake Hayes right in front of us. The natural beauty of everything keeps me happy every day."

This beauty is captured in the illustrative tome, photographed by Shantanu Starick (travelling the world by way of exchanging his photography) over the four seasons. It's also reflected in Amisfield's menus, which are crafted around the current harvests from the winery's garden and local suppliers.

The book includes more than 100 recipes from the bistro's 10 years, alongside stories on the winery's beginnings, the winemaking process and philosophy from winemaker Dr Stephanie Lambert and viticulturalist Andre Lategan, and insightful backgrounders on the team - including integral suppliers like Rocket Man Tony Ganley, the former chef who proves you can grow cavolo nero and rocket even in the depths of a Queenstown winter. 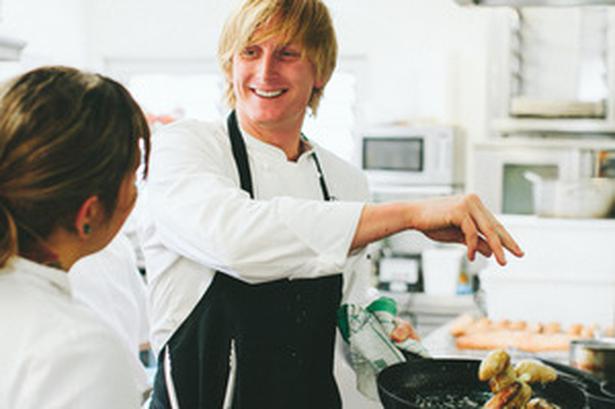 "It's a really small town in Queenstown and that adds to the atmosphere," Sherwood explains of these relationships. "It's like they become friends. It's really unique, and coming from Los Angeles and working in some other restaurants, it's really refreshing to have relationships that aren't strictly business with people you work with. They understand that they're a part of it as much as you are."

The recipes, in sections - breads, seafood, meat, vegetables and desserts - are at heart simple, produce-driven dishes, although many are labour- and time-intensive, the kind the kitchen spends all day preparing, and which you may still be cooking hours after you planned to eat dinner, jokes marketing manager Debbie Zampieri. She has been the driving force of the project since meeting writer Simon Farrell-Green in 2011.

Although the book has been in the works for a number of years, pulling together the recipes took a solid six months of work, she says, often after hours, with team members, including herself, testing the recipes at home. Former Amisfield chef Emma Jones co-ordinated the testing from her home.

"There's not necessarily a recipe that a chef does; it's a craft," Zampieri, who has previously worked in book publishing, explains. "It's quite similar to winemaking. They don't have a recipe but they know instinctively what they need to do. And it's all about colour, taste, texture. It was quite fascinating. You really had to go into the kitchen to make sure that that was exactly what they'd expect it to turn out like." 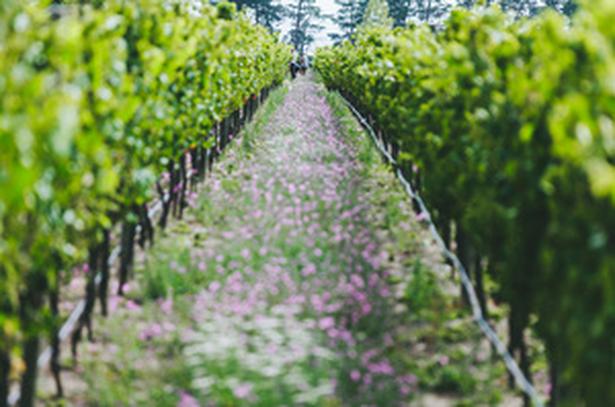 The team camaraderie is even stronger after this project, she says, even though there were some hard times.

"Over summer, because that's our busiest time here in the bistro, we were just like 'What were we thinking?'"

But Sherwood chimes in with his positive spin.

"Yeah, but it was such a fun process. It is difficult when you do your job and you have to be a chef but, at the end of the day, instead of going home you're writing recipes. That's what we're proud of. We did it. We feel like we accomplished something really amazing."

"But I suppose that's the culture of our business, too," Zampieri adds. "Like the winemaking team, it's a process. You have harvest, hey, you don't sleep for eight weeks. So it's part of the culture of everybody that works here. You just do it and you get on with it, and you do your best."

Click here for an exclusive recipe from the book.