As the wait staff present your wagyu rump kushiyaki and the sun sets over Auckland harbour, it’s probably the last thing on your mind: what happened to the shallot skins? And the mint stems jilted from your mojito earlier — what became of them?

The majority of New Zealand food waste produced by eateries — and households — goes to landfill, where instead of degrading safely it creates methane. But now there’s a new inner-city initiative fighting climate change. The Viaduct has its own living compost hub — and before you flinch at the prospect of rotting cabbage wafting over your date night, know that it's contained beneath discreet, odour-inhibiting, rainwater-preventing black lids.

The simple act of composting has innumerable environmental benefits: increasing carbon levels in soil, reducing carbon dioxide and methane in the atmosphere, improving soil and food quality. Yet the fact it conjures up images of steaming scraps and worms means its not a huge part of modern life.

“Composting can be sexy,” says Sarah Smuts-Kennedy, admiring the timber and stainless steel bins set to the rear of Market Square. The artist and biodynamic gardener behind For the Love of Bees is helping to turn it into a sustainable system, alongside the council’s Auckland Design Office, who came up with the idea for the hub; Viaduct Harbour and Headquarters, who offered the space; and modular compost creators NZ Box, who are behind the new design. 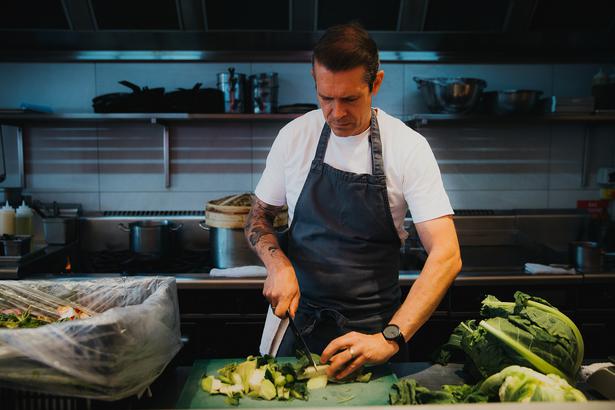 Hello Beasty is the first restaurant to come on board, having now used the system for three weeks. The hope is to gradually bring on more restaurants in the area. “We’re all for providence and saving the world,” says head chef and owner Stuart Rogan, for whom it was a no-brainer to agree to the pilot programme. “We want to do good.”

Although indoor and urban compost bins have existed for some time, and a community compost hub has already been established at the Organic Market Garden on Symonds St, the engineers behind the Viaduct model say this is the first of its kind on this scale. Unlike traditional soil-based compost, the new bins are raised off the concrete to contain moisture, meaning there’s nothing stopping them from being used in any soil-free urban environment.

And unlike the OMG model, which encourages microbes and worms from the ground up, the Viaduct bins require organisms and a few garden weeds to be added by hand. It’s also meant to service only businesses in the area, so is being strictly monitored given its early days — hence the padlocks stopping passers-by from tossing in lunch leftovers.

READ: Local Food Waste Initiatives That Belong On Your Radar

Although Stuart is new to composting, it doesn’t get much easier, he says. The bins are a 30-second walk from the Asian-fusion restaurant and training his staff about how to compost largely meant asking them to deposit their vegetable scraps in crates. The only added effort is cutting up citrus peels so they break down a little quicker.

NZ Box’s Tim Bowater collects the crates every two days and manages the compost by moving it to ensure it oxygenates and maintains its heat — the interior of the bins can reach above 60 degrees.

The exciting part is that in just three months Stuart can expect to reap the rewards: that’s when the bins will be “harvested”, the fertile organic matter they produce will be able to be used to add to planter boxes to grow nutrient-dense produce, right there in the Viaduct. Other eateries that get on board will be able to do the same or donate the compost to urban farms.

“You end up with this incredible material,” explains Sarah. “It’s a humate, which is like this amazing fertiliser.”

Normally this soaks into the ground, but the design from NZ Box’s Richard Wallis catches any water, either to be pumped back to the top of the compost or removed and used as a liquid to feed plants.

“We’ve used a combination of practical and design thinking,” explains Tim, “working with things like sumps on superyachts, trying to draw liquid out.” 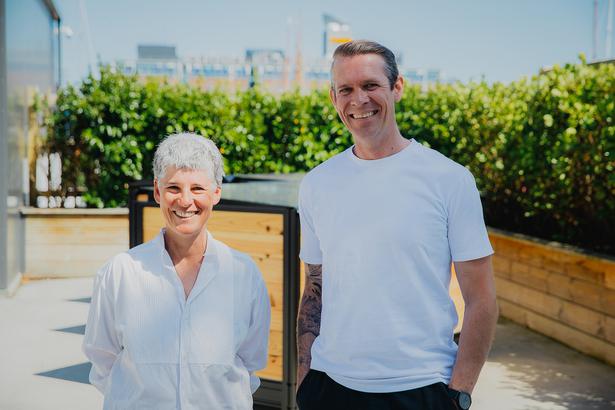 So far the team are starting small, with outer lettuce leaves, onion skins, herb stems — but this could eventually extend to include paper and cardboard. Even a small-to-medium-sized establishment like Hello Beasty produces an estimated 140kg of vegetable scraps each week, so the potential for waste reduction once bigger restaurants come on board is huge.

On a broader scale, the aim is to turn this idea into a sector. Since the Clean Water Bill was passed, quality, living compost is at a premium — farmers require it to improve soil and reduce run-off but some Auckland compost suppliers ran out last month. Sarah hopes the new system will inspire people to try composting in their own backyards and commercial spaces, thinking that goes against the grain of the council’s plan for kerbside food waste collection to be processed at a centralised anaerobic biodigester.

“This stuff here,” she says, tapping the hot black lid, “is about to become the most important material New Zealanders make. So we need to be harvesting it everywhere. We need lots more trees and they need to be in fertile spaces. The only way we can draw down carbon is through photosynthesis.

“What’s nice about that is you have all these people collaborating, actually doing something together. We’re using this material to create fertility.”