After a somewhat restrained 2020 iteration, the capital's hottest restaurants are bringing the party — and their culinary identity — to the table next month

For Wellington chefs August has always been the month to flex, as the city’s annual food festival challenges restaurants to stretch beyond the daily menu and offer something that will create attention in a crowded market. But there’s definitely something in the water this year.

Visa Wellington On a Plate (WOAP) was somewhat restrained by global conditions in 2020, and this year it feels as though the chefs have spent two years in coiled anticipation, ready to spring something truly remarkable on the paying public. This might be the year Wellington food officially became an art form.

Let’s begin in Thorndon, where Daisy’s is celebrating “aspic”. If you haven’t come across that ingredient before, you probably learnt to cook after 1980, when it was no longer considered fashionable to suspend the evening meal in jelly. To be fair, I haven’t heard a lot of calls to bring this culinary trend back but that’s what the festival is for: to take a punt on something that might never sell well enough to appear on a regular menu. 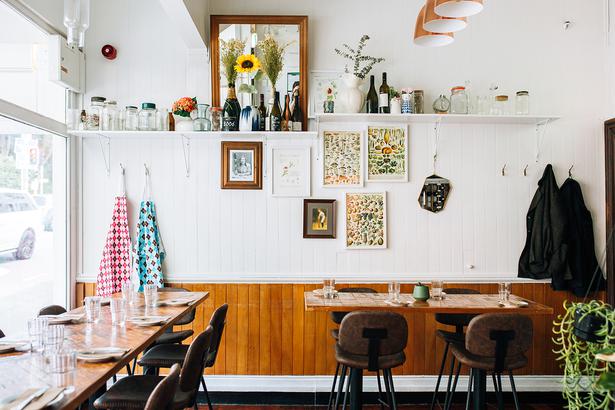 As if the aspic wasn’t enough, Daisy’s is serving a roast vege meal as dessert — candying some carrot and peas then casting them in a quivering jelly dome next to kumara puree and a tiny jug of chocolate gravy.

If quivering is your thing, I should probably mention “Sex and Food”, a dining event which I suspect will have people talking long after the last spoon of sorbet has been slurped. Under conditions of secrecy I was shown some dinnerware made especially for the event and it was definitely NSFW (not safe for work).

READ: Where To Eat, Drink & Be Merry In Wellington

But the event is sans-sleaze, featuring some of the city’s top burlesque performers and interactive snacks curated by Lashings, a brownie bar opened by a pastry chef with a Michelin-starred background.

WOAP is the biggest culinary festival in the Southern Hemisphere, and part of its appeal is that you can eat out and take part even if you’re on a budget. The burger challenge runs over the second half of the month and gives both high- and low-end restaurants a chance to compete on equal terms. 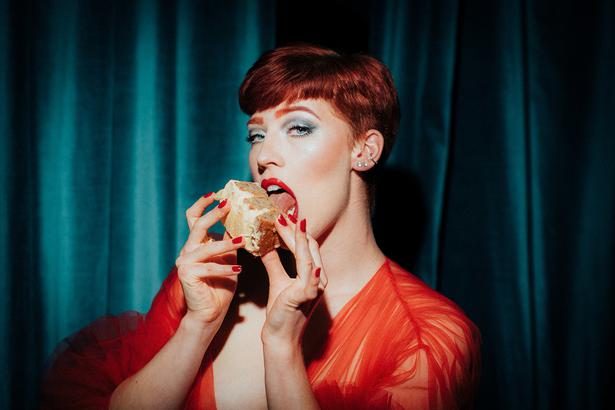 Wellington On a Plate's Sex and Food event. Photo / Supplied

As your faithful servant I sampled as many of these burgers as I could during my trip and can recommend the luxe caviar and fried chicken “Baller” burger at Atlas, and Daisy’s incredible cured pork with barbecue sauce, the pork so dark and smoky it could almost be brisket.

If you’re keener on living past 50, the “Dine” section of the festival challenges chefs to add a special dish to their regular offerings.

I eat at Capitol almost every time I visit Wellington and returned to try their venison and oyster pie, a beautiful and unexpected combination of proteins with a puff pastry “lid” that had blown up like a chef’s hat. 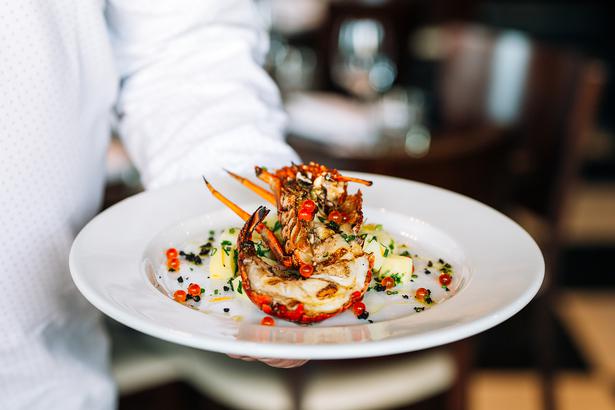 Dipping pieces of pastry into the stewy gravy will be the moment I remember from this trip — simple, interactive and indulgent.

Our capital city is well ahead of Auckland with plant-based eating and you’ll see it on the festival programme — superchef Hayden McMillan is turning Cuba St’s Floriditas, an empire built on eggs, into a vegan pop-up called “Flora No Fauna” over the second week of August. Look for his mushroom congee, deep and nourishing in flavour with slices of quick-pickled shiitakes for interest.

WOAP also runs a cocktail competition, and Dragonfly’s Mekong Milo is worth a look if you no longer play Saturday morning netball but miss the malty pick-me-up Mum used to make afterwards. Hopefully Mum wasn’t putting vodka and limoncello into your one, but that’s what’s giving it a kick here, along with coconut milk for an Asian twist, and a huge bubble on top for Instagram. 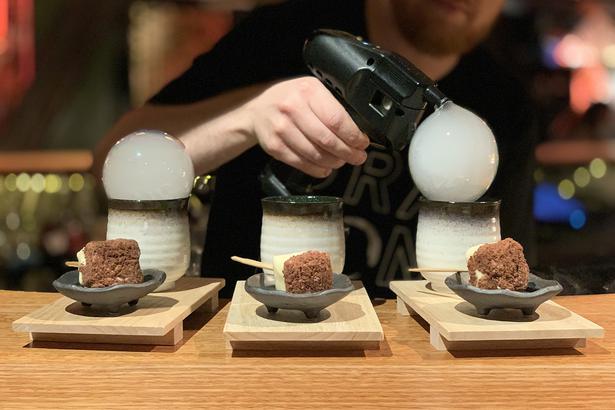 At Hot Sauce their cocktail would probably qualify for several other competitions too. Officially a Bloody Mary, things get weird above its celery-salted rim with a number of the restaurant’s favourite dishes suspended on skewers.

They say you shouldn’t drink on an empty stomach, but literally making you eat a cheeseburger, bao bun, dumplings and popcorn chicken before you can get to the vodka is the new face of host responsibility.

Conceived as a way to pick up business at a quiet time of year, the festival is now Wellington’s busiest period outside Christmas.

And if it’s too hard to get your head around the various categories and contests that make up WOAP, this year all the strands coalesce in the middle weekend of August, when burgers, cocktails, Dine dishes and a number of events will all be live and available. Book ahead, or just wander the streets and follow your nose.

Visa Wellington On a Plate runs from August 1 to 31 across the capital.