Talk about turning over a new leaf. With hemp seeds now legal to be sold in food products in New Zealand as of November 2018, expect everything from snack bars, artisan cereals, and premium hemp drinks to hit the mainstream.

The crop — which comes from the same cannabis plant as marijuana but won’t get you high — is said to be so nutrient-dense you could almost live off the stuff. It could also bring in big dosh as an industry in New Zealand.

Until now, only hemp seed oil could be sold for human consumption, relegating the seeds and by-products to be sold as animal food. We’re the last country in the world to catch up with overseas lawmakers.

Hemp’s versatility as fibre was discovered about 3000 years ago when it was used in the creation of fabric, rope and paper. Now, roughly 30 nations are producing industrial hemp, including Australia, Spain, Austria, and Canada. China leads the way as the world’s largest growers of the indigenous crop. It’s flourishing here too, however, with mid-Canterbury and Whanganui the largest cultivators of hemp, which can grow weed-like in many climates, producing much taller stems and more seeds than its notorious cousin.

You need a licence for industrial hemp, which must contain a mere 0.35 per cent of THC (tetrahydrocannabinol), the trippy substance responsible for making users stoned. A strong joint, for instance, could have as much as 20 per cent.

Also in the cannabis plant is CBD or cannabidiol, the non-psychoactive medicinal component touted as the next miracle elixir. Overseas, CBD is popping up in nearly everything — craft beer, gummy bears, vape pens — but it’s still only legal as a prescription medicine here, with a small and costly range of products available.

READ: Why Turmeric Is Making Its Way Into Beauty Products

There could be more in the future, however. A Ruatoria cannabis company has been given the green light to be the first in the country to grow high THC and CBD cannabis.

Cameron Sims of hemp specialist Plant Culture wants all New Zealanders eating hemp, and says the superfood is the most nutrient-dense seed in the world. “Per 100g it has more protein and iron than steak, more Omega 3s than tuna, and more fibre than oats. Plus, it’s a great source of magnesium and zinc.” But what does it taste like? “It’s a cross between olive and sesame oil with a mild nutty flavour. I eat it by the tablespoon.” Just don’t fry with the oil, he says. “It has a low smoke point, so it’s better as a raw garnish, especially with its vibrant green colour.” 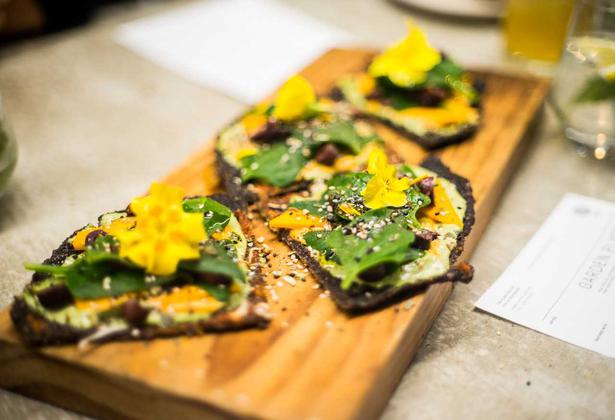 Cameron held New Zealand’s first hemp pop-up restaurant in Auckland last year, serving people their first taste of hemp in pizza, brownies and icecream. He says the versatile ingredient will become much bigger than popular chia seed. Cameron will add hemp milk to his range of hemp oil, seeds, and protein powder, and will release a digital hemp cookbook in late February.

Down south, Christchurch-based hemp company The Brothers Green is stocking all New World’s in the South Island with hemp-based snack bars and hemp flour in April.

READ: Why Meditation Is One Health Trend Worth Tuning Into

The vegan range, which is in the works for the North Island too, is a result of founders Brad Lake and Brendon McIntosh’s winning entry of a hemp-based protein bar in a Food Starter competition last November. The former rural bank manager and pharmacist say it’s been “incredibly frustrating” waiting for the law change to get their products out there. “We’re allowed to sell chicken nuggets to school children but we weren’t allowed to sell the world’s most nutrient-dense seed to adults,” says Brad.

They also sell hemp oil and protein powder and are expanding their stable with NZ Hemp Apparel, using 100 per cent hemp canvas, and hemp based-skincare, Koaka, in stores February.

Brad says they are limited in the scale of what they can do in New Zealand.

“Hemp is a niche industry with restrictions still in place for growers. We’re screaming out for supply right now to meet demand and will have to go offshore at some stage. Hemp needs to become no different to barley or wheat with no restrictions. That would mean a larger ability to process and produce and would drop the market price significantly of hemp products.” Restaurants and cafes are jumping on the bandwagon this year too.

Little Bird Organics will be the first out with a hemp-based snack launching nationwide in supermarkets and select stores from February 5. The apple cinnamon-flavoured breakfast cookie contains hemp seeds and can be “an ideal nutritious start to the day”, says owner Megan May. The wholefoods advocate has been “waiting for ages” to put hemp in her retail range and use it more in the cafe.

“We want to make hemp an everyday ingredient — not a special thing. It should be something in lots of products and dishes. For plant-based or vegan eaters, it’s such an easy and important source of nutrition with high levels of protein and is very digestible,” she says. “The crop is easy to grow organic too, which is important to us as a business.”

Point Chevalier bakery and cafe Daily Bread has made a new sourdough with hemp seeds, rosemary and green olives.

Owner Tom Hishon is a long-time fan of using hemp oil as an olive oil alternative. “It has amazing anti-inflammatory properties and great nutrients, but the main thing as a chef is that it’s delicious. It has a beautiful nuttiness.” 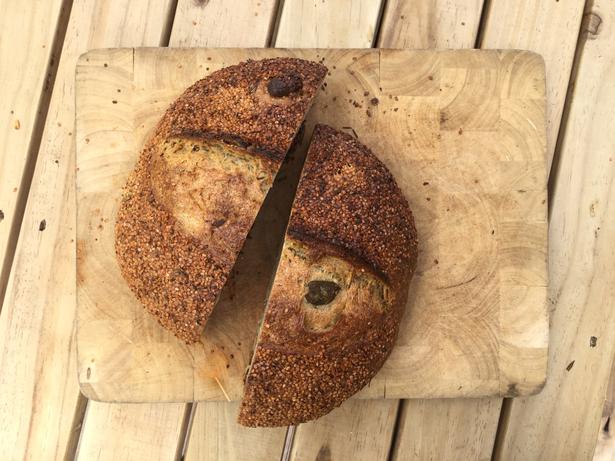 At his award-winning restaurant Orphans Kitchen, hemp oil is used to finish off certain dishes and he is looking to incorporate hemp seeds too.

Tom says in-demand hemp will appear in plenty more cafes, restaurants and home kitchens soon. “If you think back to when people first started using quinoa 10 or so years ago it was considered exotic, and now it’s a pantry staple.

Hemp will be the same. I think any seed, grain or nut that we can grow locally and organically, that is good for our health and the environment, is fantastic. The more people growing hemp the better.”

Simon Gault is championing hemp on the menu at Giraffe restaurant and puts the seeds in his daughter’s lunchbox.

“The seeds are great sprinkled on salads, smoothies, and granola,” he says. “I’ve made chocolate using them and the texture is like honeycomb. They are high in magnesium, which is great for helping people sleep, [the lack of which is] a massive contributor to obesity. A teaspoon of hemp oil every morning for kids would be fantastic.”

Simon says it’s time to back the hemp industry in New Zealand. “It’s an exciting crop for us to take seriously. It’s not the same little demon that everyone once thought it was.” Simon says we should be eating hemp “a lot more and every day”.

How to Take Chia From Slime To Sublime

Are kale, coconut water and chia seeds as good as their billing, and are there less expensive alternatives?